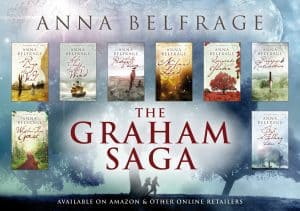 I am presently re-reading the books in The Graham Saga. For the first time since they were published, I have sat down to read them and it has, for the most part, been a fun experience. Why I am doing this? Well, blame it on Greg Patmore. No, don’t blame it on him. Blame it on Elizabeth St John who presented her audio book of The Lady in the Tower and who then tipped me off about using Greg to narrate my books. An added bonus, in Liz’s opinion (and mine), was that Greg looked a lot like she felt Matthew Graham would have looked like once he was in his handsomest middle-aged period.

So, Greg has completed the narration of the first book. I have listened, spell-bound. Yup. Totally engrossed – in a story I know inside out. Except that I don’t, because when Greg reads, it becomes different from my story. He does his own interpretations, adds so much energy to some bits, so much desolation to others. Those of you who have reads A Rip in the Veil (and seriously, if you haven’t, why not rectify that ASAP????) will know there are a couple of harrowing scenes in it. One in particular was difficult to write as my female time-travelling protagonist is subjected to terrible abuse. Still, I’ve written it, re-written it, read it, edited it dozens of tima and never have I been as affected as when listening to Greg’s retelling of it. Phew! I emerged from that chapter with no relevant notes for Greg but a very wet set of tissues.

I will admit it was a bit nervous to turn my books over to Greg. We had some discussions initially as to what the characters should sound like, how they would react, but at one point Greg told me I would simply have to trust him to flesh out my Alex and my Matthew. Trust. Wow, not a word I use all that much… I blame it on my background as an auditor – that sort of kills the innate trust in you. I also blame it on my possessive streak. Alex and Matthew are MY creations. Mine! Except that now they no longer are: in Greg’s interpretation, they are also his creations. Come to think of it, every time a reader reads one of my books (well, any book), they’re making the characters their own. They may add physical details I have not supplied to their mental images. They hear other voices than I do, see other mannerisms.  That’s the beauty of the writer-reader relationship, that the creative experience ends up being a cooperative effort.

Anyway, now that I’ve listened through the first book (and some chapters into book nr 2) I am delighted to conclude I could not have placed my trust in someone better. Thank you Greg! 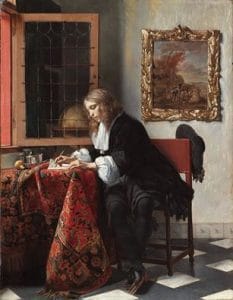 So what does this have to do with the title of the post? Well… Once I’d listened to the first book (and caught a couple of rather cringeworthy expressions, such as “her eyes dropped to the ground”) I decided to read through them all and clean them up. One is not supposed to do that. Apparently, a productive author has their eyes firmly fixed on their future books rather than returning to their published babies to give them a brush-up. I guess I don’t fit the mold… (And yes, I AM productive)

Other than the odd typo, the use of pregnant in a time when no one but Alex would use that word, I have noted a fixation on eyes. My characters have eyes that fly, that slide, that drop, that flit, that… Okay, I don’t think the engrossed reader (or listener) notices. But I do, as I no longer have eyes plopping to the ground in my WIPs – well, unless they actually do plop to the ground with a loud and rather squelchy sound. So now I have embarked on a “kill the eyes” crusade. Unfortunately, I get distracted by the story. Who cares if Matthew’s eyes flit a tad too much when that terrible Jones is flogging him? What does it matter that Alex’s eyes drop to the floor when she’s just been accused of being a witch?
“Shape up,” I reprimand myself sternly. Which is why I have now read all the books and am now in the process of editing them – on paper.

As a consequence, I have cried a lot (the stuff I put Alex and Matthew through…) I have laughed a lot – and made a point of asking my hubby if he would love me if I looked like a gorilla, as Alex asks Matthew.
“Huh?” hubby said, looking up from his crossword puzzle.
“Would you?” I demanded.
“I love you just the way you are,” he replied. “So yes, even if you were huge and furry, I’d love you.” He grinned. “But it wouldn’t set off your lingerie all that well.”
Obviously not. Gorillas rarely wear lace. But they do have expressive eyes, albeit that they rarely drop them to the ground!