Today, Suzanne Adair is visiting me with a fascinating story about William Hooper, famous for being one of the men who signed the American Declaration of Independence. Suzanne is the author of a series set in Revolutionary America and Mr Hooper pops by in her latest instalment. Well: enough intro, already – allow me to turn you over to Suzanne herself!
****************
Sometimes a history nugget I find while researching for my Michael Stoddard American Revolution mysteries is so good that I include it in one of the novels of the series. Like the story of what happened when William Hooper, an attorney and one of North Carolina’s signers of the Declaration of Independence, ventured into Wilmington during the summer of 1781, while Crown forces occupied the town. Surely Hooper was on King George III’s “most wanted” list at the time. Why did he do it?
At the beginning of 1781, action in the American Revolution in the South was largely in Virginia and South Carolina. Patriots governed North Carolina. They’d been in charge for five years and grown complacent. The governor’s office had little power. The government was disorganized. Patriot militia training was lax, and the units weren’t provisioned well with firearms or ammunition.
When spies reported that a regiment of redcoats was sailing from Charleston, SC to occupy the port town of Wilmington, NC, the patriot government blew it off. Why would redcoats come to North Carolina when the war was clearly elsewhere?
Those redcoats of the 82nd Regiment of Foot planned to occupy Wilmington to support Lord Cornwallis’s campaign into North Carolina’s interior. When their ships appeared at the mouth of the Cape Fear River on 25 January 1781, it was pandemonium for patriots. Despite inclement weather preventing the 82nd from immediately landing and marching to Wilmington, the patriots were unable to mount a suitable defense. The militia evacuated town, leaving civilians to surrender Wilmington to the British. Many prominent patriot leaders bolted with just the shirts on their backs.

William Hooper and his family were probably at their estate on the Sound when they heard that British ships had been sighted. Clearly Hooper had to flee—but North Carolina’s loyalists would rally swiftly to the 82nd, and since discipline in militia units wasn’t what it was in regular Continental or British units, the loyalists would plunder Hooper’s home and kill his family and household. Thus he couldn’t leave his people at the estate. So they set off westward.
Upon reaching Wilmington, Hooper realized that his family and household was traveling too slowly for them all to escape. He then made the heart wrenching decision to leave them behind, probably in his law office on Third Street, so he could gallop away to safety. He was gambling that Major James Henry Craig, commander of the 82nd, would show mercy to his family and servants, whereas a loyalist commander might not do so.
Hooper’s decision proved to be judicious. The 82nd quickly captured several slower-moving patriot leaders, who later died in captivity. Hooper, however, reached safety. In mid-February, he penned his anguish in a letter to his friend James Iredell: “In the Agony of my Soul, I inform you that I am severed from my family—perhaps for ever!”
Imagine what William Hooper was feeling when he wrote those words—how he missed his loved ones and worried for them, enduring enemy occupation with no guarantee that they’d ever be reunited as a family.
The stress was enough to make even a level-headed attorney consider an act of desperation.
By mid-summer 1781, the two hundred soldiers of the 82nd Regiment and their loyalist allies had created a military wedge across North Carolina that prevented the Continental Army from transporting troops and supplies across the state. The occupation had been a huge success for the British. As both sides had taken many prisoners, a prisoner exchange was needed. Who had the guts to go into Wilmington, into that lion’s den, and negotiate the prisoner exchange?
Hooper dearly wanted to remove his family from Wilmington. He also wanted to retrieve some of his possessions there. Patriot governor Thomas Burke proposed Hooper as an intermediary to arrange the prisoner exchange and asked Major Craig to be responsible for his safety during negotiations.

Craig, knowing full well the effect that the six-month separation was having on the Hoopers, invited William Hooper to town to visit his family in July. In his letter, the major added, “…you will be pleased to rely upon my Honour as the pledge for your personal safety till your return.”
Would you trust the enemy for such a deal?
Hooper did, in late July. Imagine his fears and hopes as he rode into Wilmington. He found his family safe, if unhappy with being hostages.
Ironically Craig never received a copy of Burke’s suggested cartel for the prisoner exchange. Thus Craig refused to negotiate with Hooper because he had nothing to work from. However during the five or six days that Hooper was in Wilmington, Craig wined and dined him and treated him with great respect, even if he refused to release Hooper’s family or property. At the end of that time, the major let Hooper go under a flag of truce. And after the British evacuated Wilmington in November 1781, Hooper and his family were reunited.
Why did Craig treat Hooper so deferentially during his visit to Wilmington? Craig didn’t leave a clue to his motives in a journal or letter. But Hooper was a persuasive orator, one of the best speakers among the fifty-six signers of the Declaration. Plus he had two merchant brothers who were sympathetic to the Crown. Some historians speculate that Craig may have hoped to reconcile North Carolina’s signer of the Declaration with King George III. What a promotion he’d have gotten from that, eh?
Our initial reaction to the account of Hooper and Craig is disbelief, cynicism. Flags of truce aren’t always respected. Why would redcoats—an enemy—behave honorably in such a situation?
In July 1781, Major Craig upheld an ancient wartime code of honor and treated a representative of his enemy well. This code may have originated with the concept of chivalry. Historically one of the final examples we have of it was the famous Christmas Day truce between British and German soldiers during WWI.
I’ve fictionalized William Hooper’s mission to Wilmington in a subplot of Michael Stoddard book #4, Killer Debt. William Faulkner wrote: “The past is never dead. It’s not even past.” That an enemy can be principled, just as we can be dishonorable, is a recurring truth I’ve encountered while researching history.
********** 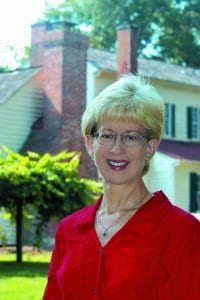 Award-winning novelist Suzanne Adair is a Florida native who lives in North Carolina. Her mysteries transport readers to the Southern theater of the American Revolution, where she brings historic towns, battles, and people to life. She fuels her creativity with Revolutionary War reenacting and visits to historic sites. When she’s not writing, she enjoys cooking, dancing, and hiking. Recently she was appointed by North Carolina’s Daughters of the American Revolution to a state-wide committee formed by the Department of Natural and Cultural Resources to help share information about and coordinate events of the Semiquincentennial. Killer Debt, book #4 of her Michael Stoddard American Revolution Mystery series, was released 9 May 2018 after a successful crowdfunding campaign during March 2018. Check her  web site for the latest information.  Connect with Suzanne on FB or Twitter or stop by her blog .
Blurb 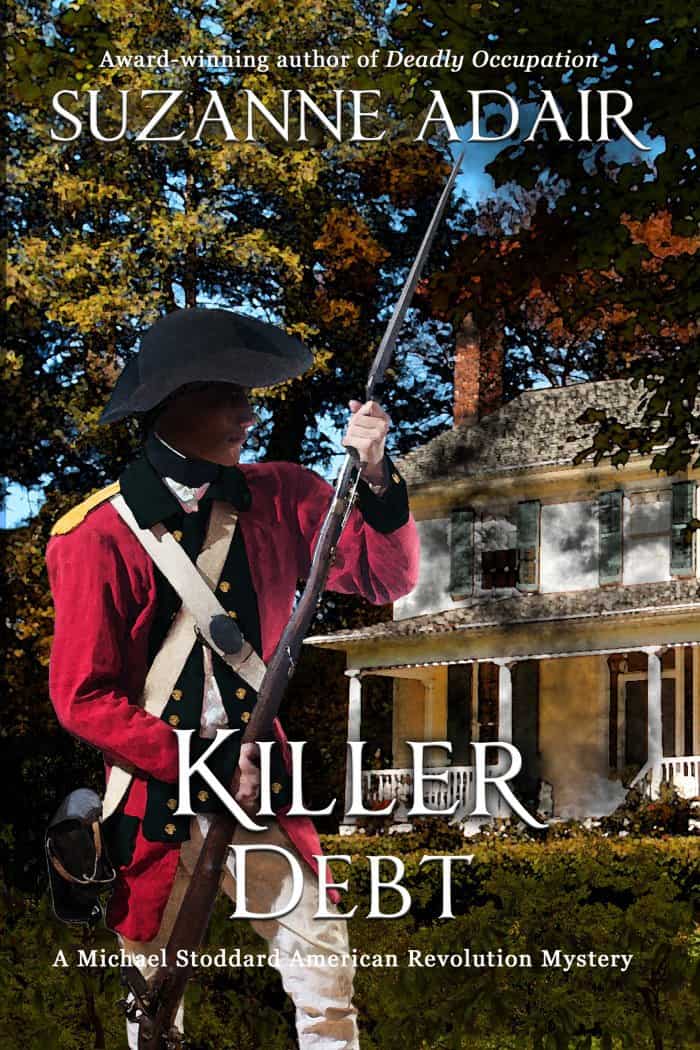 A slain loyalist financier, a patriot synagogue, a desperate debtor. And Michael Stoddard, who was determined to see justice done.
July 1781. The American Revolution rages in North Carolina. Redcoat investigator Captain Michael Stoddard is given the high-profile, demanding job of guarding a signer of the Declaration of Independence on a diplomatic mission to Crown-occupied Wilmington. When a psychopathic fellow officer with his own agenda is assigned to investigate a financier’s murder, Michael is furious. The officer’s threats to impose fines on the owner of a tavern and link her brother to the financier’s murder draw Michael into the case—to his own peril and that of innocent civilians. For neither killer nor victim are what they first seem.
Buy the book here!
Social media links
Web site  http://www.SuzanneAdair.net/
Blog  http://www.SuzanneAdair.net/blog/
Facebook  http://www.facebook.com/Suzanne.Adair.Author/
Twitter  http://www.twitter.com/Suzanne_Adair/

2 thoughts on “Into the Lion’s Den”