When I was a child, I lived in South America. I attended an English school, learnt to read and write in English, sang English songs and studied English history. In third grade, I had a teacher named Mrs Miller who was charged with teaching us about The Hundred Years’ War as well as with starting us in French. Mrs Miller was also in charge of the dreaded deportment classes, where tomboys like me barely scraped through. To this day, I still don’t know why it was so important for me to learn how to make roses out of crepe paper, or why it was imperative for a young girl to walk about with books on her head, sit down & stand up with those books on her head. On the other hand, I never slouch, so maybe…
Don’t get me wrong: there was plenty of Latin America in my life as well, all the way from TV shows such as Topo Gigio, Esmeralda and Papá Corazón (aaah) to salsa and cumbia and frijoles con arroz, empanadas and arepas.  But mostly it was school and Mrs Miller, to be followed by Mr Carey and Mr Wilmshurst – teachers I will never forget. I really wanted to be English—or at least British. I wanted to go to boarding school in England (too much Mallory Towers), I wanted to be part of a nation that had brought forth such men as Harold Godwinson, Richard I, Edward I and Edward III. I had a serious crush on all four of them, but I wanted to marry Henry Grosmont, the Duke of Lancaster. Unfortunately, he was very dead. In fact, all my heroes were very, very dead.
These days, I realise it was history I was falling in love with—more specifically, British history. Since then, I’ve gone on to discover the deliciously spicy history of present day Spain, of France under the Capets, of my own country Sweden. But my first love is, and will always be, British history up to 1690 or so.
My parents weren’t all that much into history, but when I was twelve, my father took me to London via Casablanca. Just him and me for a week—a most unusual occurrence. And while we were in London, we went to the Tower of London. It was love at first sight, even if I was very disappointed at discovering there no longer was a lion pit. 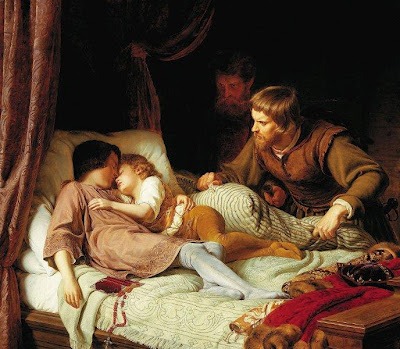 While not a history fan, my father was more than willing to listen to me as I told him about this king or that king. I think it was the first time I truly impressed him, and as the hours passed and we’d not got beyond the Salt Tower I was worried he’d hasten us along, but he didn’t. He asked questions, he asked for more details. He stood to the side as this very young me had an intense discussion with a Beefeater about the fate of the two little princes purportedly murdered by their uncle, Richard III. Afterwards, he told me I needed to become better at separating wishful thinking from the actual facts.
Some years later, 75% of my family moved “home” to Sweden. My mother was worried we were forgetting our Swedish roots (we probably were) and I think she’d been homesick for Sweden for years. My father remained behind in South America, promising that next year he’d come home to us. It took eighteen years before he did, and then he died a few years later, still relatively young.
For obvious reasons, my relationship with my father was never close. Too many years of only seeing him a couple of weeks a year, too many years of feeling abandoned by him. There he was in South America, here we were trying to cope in a country both my sister and I found unfamiliar and unwelcoming. (Swedish teenagers are about as warm and cuddly as teenagers everywhere…) Plus we had to cope with our mother’s obvious disillusion with the country she’d always painted as paradise on earth. Things had changed in Sweden during all those years we lived in South America, and our mother was as much of an outsider as we were. 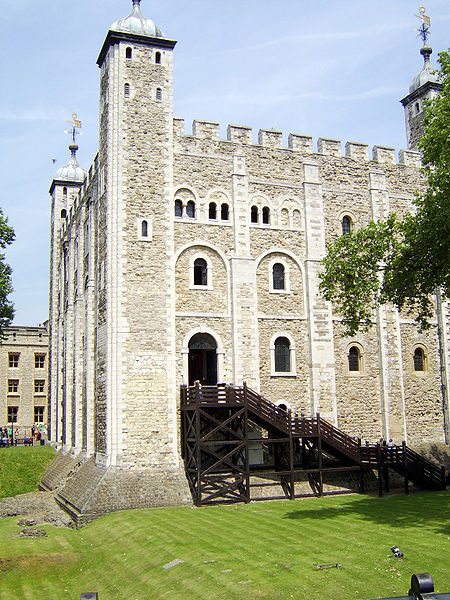 Still, whenever I visit the Tower of London, I think of my father. I recall how he and I were chased down a street in Casablanca by people begging for Mr McQueen’s signature (he was an eerie double of Steve McQueen). I remember playing in the Caribbean surf with him, shrieking with joy as he threw me to land several metres away in the water. I remember the beautiful sword he made me, complete with a matching shield sporting Richard I’s arms. I recall those few heart-to-heart conversations we had when I was an adult, and how delighted he was by all his grandsons. All of that I remember as I stand on the old cobbles of the Tower, with ancient walls on both sides. Maybe that’s why I always go there whenever I’m in London, wishing to recapture that perfect day I spent here with my father, so very many years ago.

6 thoughts on “Reminiscing in the Tower”