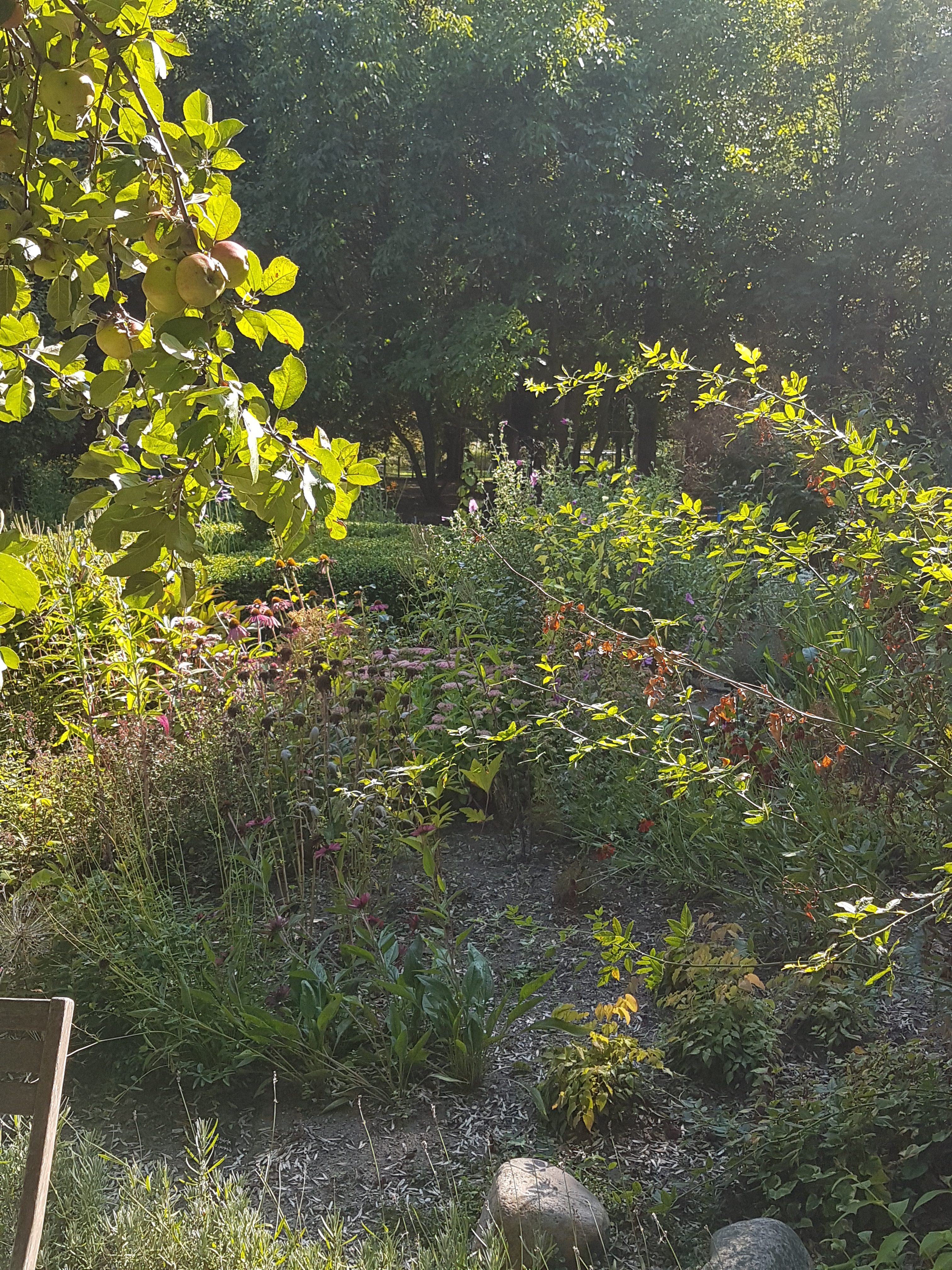 September (and by now we’re in October) in Sweden should not be like this: week after week of glorious sunshine, temperatures that call for shorts and t-shirts, for sandals and sunglasses. Global warming, some say, and there are days when I am prone to agree, because seriously, a five-week heatwave in Sweden is MOST unusual. It is also beginning to have certain unfamiliar effects. We live in a country where access to water is never an issue. If we can’t turn the tap, we can pull put a bucket or two from the nearest lake, and while I wouldn’t recommend drinking it directly from the lake, it is clean enough to wash in – or boil, prior to consuming.
But now the water levels are falling, and our well has at most 35 centimetres of water in it – which leads to several issues, the first one being that none of us want to drink water with a muddy taste to it. It also has me peering down into the darkness while holding on to one of the thick boards that usually cover it, wondering if maybe I will see an eel.

An eel? I can almost see the question marks on your faces, people. Who, you think, would want an eel in their well? Turns out us Swedes – and Danes – do. Other than eating eels – and until recently there was a lot of eel-eating going on in our neck of the woods, not so much now that we know it’s an endangered species – we also used these fascinating creatures as “well-guardians”. A young, healthy eel would be thrown into the well and left to grow big and fat in the dark. Fat, because all sort of stuff falls into wells – like mice and moles and toads and fat worms and what have you – big, because eels can become very, very old, and they tend to keep on growing. The purpose was to ensure the eel kept the well-water clean. While its presence would reasonably ensure there were no rotting carcasses to poison the water, all that eating must have resulted in quite a lot of eel poo…

Some of these well-eels lived to well over a hundred, and living in the dark caused their eyes to grow bigger than normal. A cruel, stunted life – but the silent creature living in the dark was at times accredited with other, somewhat supernatural, powers. Went hand in hand with all the other superstitious stuff people believed back then, in an age where it was a known fact that mossy rocks were trolls sleeping through the day only to come alive at night. Or that the lifting morning fog was all a human could see of the fairies dancing on the meadow. And fairies were not all that nice: they lured good men away from their true loves, drove these poor guys crazy and laughed themselves silly while doing it. In fact, as any 18th century Swede would tell you, fairies were much, much more dangerous than trolls. Why? Because trolls were stupid – as stupid as a rock (he he)
Despite the lingering warmth, September brings with it shorter days and longer nights. Already, night has taken over, and over the coming three months, we who live in the north must prepare ourselves for ever shorter days, for nights that grow successively darker. Back when it was the norm to keep your own pet eel in the well, there was no electricity with which to light up the night. Instead, those obliged to tramp through the dark had at most a lantern, spilling a weak glimmer of light at their feet, while breathing life into the shadows that surrounded our lonely night walker. Not exactly strange, that those that went before us preferred not to do much walking in the dark – not only due to fear of falling, but just as much out of fear of what they might meet.

These days, we scoff at trolls. We may enjoy the beauty of a fog-filled meadow, dew clinging like glittering crystals to every blade, every stalk. But fairies? Nope, we’ve lost the ability to see them. Ours is a world where imagination is reined in by science and logic, where everything can be explained – and if it can’t, chances are it doesn’t exist. Except, of course, that some things cannot be explained, can they?
I walk through forests dotted with the remains of those that went before. Crumbling stone fences, house foundations slowly reverting to nature. Life was hard back then, and promises of a better life elsewhere lured people away from the backbreaking labour of clearing a patch of land.

Here and there, more substantial structures remain. Like ancient food cellars, dug into the hillside and lined with rock. They are cold, they are dark, the doors are long gone, the shelving has rotted away. Some of them are very deep, our predecessors having built upon a natural cavity. Such cavities must be approached with caution – long, narrow tunnels leading into the underworld and the creatures that live in the dark. Before, the back end of such food cellars would therefore sport a timbered wall, ensuring the goblins and trolls couldn’t get out that way. Now, these protective barriers are long gone, the once so stout wood reduced to mulch. I peer into the never-ending dark, and the weak light of the inbuilt flashlight on my phone glitters off damp walls. Who knows where it leads – maybe it’s a convoluted backway to the fabled hall of the Mountain King, the biggest and most powerful of trolls.
I step away from the crevice and make for the sunlit glade beyond the entrance to the food cellar. I may not believe in trolls and goblins – of course not! – but better safe than sorry, right? And as to the eel, I am happy to report we did not have such a sad creature living in our well. But who knows, any day, a wandering well-eel may come crawling through the dark, tired of the well he came from, and eager for a new home. After all, we all know these magical creatures can travel miles from one source of water to the other. Just as we know that they prefer to feed off drowned men and are made of mud and innards. Well…Until recently, no one knew where the eels came from, but these days we know they travel all the way to the Sargasso sea to procreate. Or we think we know. After all, as far as I know, no one has ever seen an eel procreate…

9 thoughts on “Of uncommon heat, eels, fairies, and trolls”