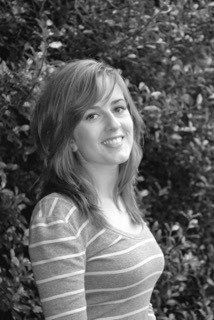 So today I’ve invited a lady who writes Regency novels – mainly because I am rather fond of Regency novels – after all, what is there to dislike about novels in which extremely well-dressed men grace the pages? These male peacocks are the subject of today’s post – clearly Philippa is as entranced by these gentlemen as I am! But prior to turning my blog over to my guest, a brief introduction of Philippa Jane Keyworth – Pip to her friends – is in order.
Philippa has been writing since she was twelve in every notebook she could find. Both as a reader and a writer, Philippa believes it is important to escape into a world you yourself would want to live in. This is why she writes stories that will draw you into the characters’ joys and heartaches in a world apart from our own. Her novels include Regency romances, The Widow’s Redeemer, The Unexpected Earl, and her Georgian romance, Fool Me Twice due out at the end of 2016.
And with that short intro, we are ready to go – take it away, Philippa! 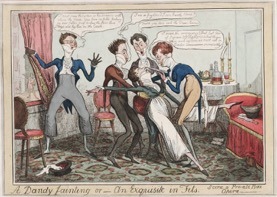 The British Regency is that culturally rich, delightfully elegant and shockingly contrasting period of history from which sprang a myriad of (among the poverty and war) rather tantalising delicacies for us modern-dayers.
One in particular is men. I hear you snickering, but I am perfectly serious. The dapper Regency beau is a visually pleasing subject and one sandwiched between the ostentatious men’s appearance of the 18th century and the dour and sober looks of the Victorian age. Beau Brummel is the foci and perhaps pinnacle of the dapper Regency beau but it hardly started with him.
Where longer lines, expensive and impractical materials and courtly visuals were the order of the day in the mid-high eighteenth century, from the 1780s there was a move towards far cleaner, simpler, more practical and more modest dress. Influences included rural English styles (there’s nothing like a war with France to free men’s fashions from francophilia) and a return to nature as was advocated by Jean Jacques Rousseau the century before.
So, what did all these high-fluting influences mean in actuality? I mean, it’s all very well to talk about cultural and social influences but do you consider that when you’re picking out a new t-shirt? Surely what everyone else is wearing influences what you wear, whether you admit it or not? (I choose not to admit it). There was one particular man who had a deal of influence, and that man was known as Beau Brummel. Many would say that Beau Brummel was, nay, is, the epithet of a dapper Regency beau, but the real question is, what made one?
A Regency gentleman generally wore the following as his items of dress: shirt, breeches or pantaloons (depending on his activity), stockings (if he was wearing breeches of course), waistcoat, jacket, top boots, hessians or black leather pumps (again depending upon activity and time of day), a greatcoat and a hat. (Note that I didn’t mention underwear, because it wasn’t particularly prevalent if you were a follower of Brummell – your long shirt tails did an excellent job).
If that was the main items which constituted most middle class and aristocratic men’s wardrobes, then what made a gentleman a dapper Regency beau? Ian Kelly declares Brummel as such a man when quoting Max Beerhohm: 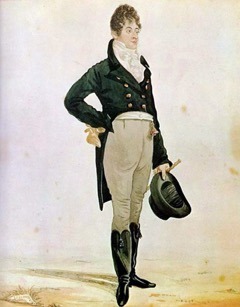 ‘…Brummell, had a style uniquely his, but perfect to the spirit of the age; ‘quiet…reasonable, and beautiful: free from folly or affectation, yet susceptible to exquisite ordering; plastic, austere, economical’. It appeared post-revolutionary, neo-classical, ordered and Enlightened and in this it did seem democratic.’
Ian Kelly, Beau Brummell, p.177.
So, if you were a man of high fashion in the Regency period you would be striving for attention to dress, clean lines and unostentatious colours. That classic fashion staple that still exists, ‘I want to appear attractive, fashionable and well-dressed, but in a way that makes it look like I don’t care for such superficial things.’
The limitations on colours to those of dark blue, green, grey, black and beige put emphasis onto the cut of the clothing. It was all about a jacket that your valet had to help get you into because it fitted like a second-skin and was preferably made by Shultz or Weston. 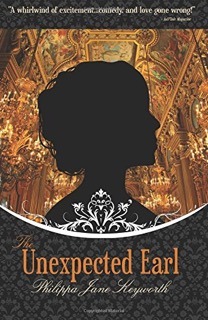 In my novel The Unexpected Earl my hero is subjected to scorn for his ill-fitting clothing:
Wolversley could feel the young man’s eyes on his shoulders and lapels as his lips curled up in scorn.
He had been in the country too long. His jacket was outdated – he had known that when he had put it on this evening…He enjoyed a well-cut jacket, though he would not claim the careful eye of a dandy…
Then there were those immodest but delightfully tight buckskin breeches gentleman wore. Replicating the look of the nude sculptures of antiquity in both their flesh-colour and leaving-nothing-to-the-imagination tightness, these bottom-coverers were accompanied by a unique addition to men’s wardrobes of the time: suspenders/braces. After all, one couldn’t have the tight and clean line of their trousers be ruined by a crease at the knee, could one?
The genius of this change in fashion is that, some would argue, it emulated the democracy of antiquity attempted and failed in the French Revolution, with a sarcastic slight of hand. Were these clothes really democratic? Did they really hark back to the English country gentleman over the pre-revolutionary French court fop? Did they wish to value the demos of the ancient Greeks? 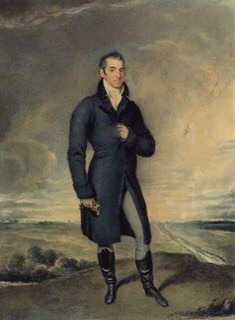 If so, is it not strange that the shirts were crisply white and unstained with work dirt? That the jackets required the help of a valet to shimmy into due to their fit? That cravats would be discarded as easily as a paper napkin today if they creased incorrectly when being tied for the day? That Brummell recommended hessians be polished with champagne boot black until the wearers face could be seen in them?
Viscount Beauford, the hero of my novel The Widow’s Redeemer is quite the fashion follower when Letty Burton bumps into him…quite literally:
As they both stood up straight, she found herself dwarfed by his size. The top of her head was confronted by a cravat, the perfect example of a Gordian knot. A crisp white shirt, a silk waistcoat, and a stunning blue coat that expertly followed the lines of his figure accompanied the carefully folded linen.
Ah, how I love fashion and dress – especially a well dress man! So, how different was this from the courtly French fop of the mid-eighteenth century? Profoundly. Not at all. It’s hard to tell. As a historian I love these little conundrums that leave you without an answer.
So, the real question is, why did these dapper Regency beau’s decide to dress in this new, pleasing and entirely different way? Was it because they believed in egalitarianism and wished to emulate the middle classes and the democracy they had seen in the French Revolution? Or was it because they wished to return to English styles to avoid the corrupting French Revolutionary influences? Or because they had heard of this Beau Brummel, liked the style and emulated it? It’s a complicated subject but an interesting one.
Sources:
Doreen Yarwood, English Costume: From the Second Century, B. C. to 1967 (London: B. T. Batsford Ltd, 1969)
Aileen Ribeiro, Dress in Eighteenth-Century Europe: 1715-1789 2nd Edition (New Haven & London: Yale University Press, 2002)
Joseph H. Lane, ‘Rverie and the Return to Nature: Rousseau’s Experience of Convergence’, The Review of Politics, vol. 68, no.3 (2006), pp.474-498.
M.M. Bennetts, ‘Courtesy of Mr George Brummell…’ (https://mmbennetts.wordpress.com/2013/06/07/courtesy-of-mr-george-brummell/)
Thank you so much for this, Philippa! And for those of you who want to know more about Philippa and her writing, why not connect with her?
Website: www.philippajanekeyworth.com
Twitter: @PJKeyworth
Facebook: www.facebook.com/philippajane.keyworth

1 thought on “The dapper beau – a yummy Regency stereotype”