Ugh. I’m going to come clean here and admit I don’t like New Year celebrations. Don’t get me wrong – I like the parties and the good food and the champagne and the dancing, but the closer we get to midnight, the more I start to feel a certain malaise spread through me.
It has to do with expectations. Not necessarily my expectations, but rather those imposed on me. A New Year is an opportunity to make a clean break with nasty habits and become a better, braver person. Or at least a person who is determined to lose weight. Or stop smoking. Or learn how to knit. Or…Agh!
As a child, I lived abroad. Well, I didn’t live abroad, I was a kid, and therefore I was living at home – which just happened to be Colombia. My parents, however, were very much living abroad – they were Swedish people, uprooted (however voluntarily) from a country of snowy winters and dark midwinter nights to a place where there was little seasonal variance.

For them, Christmas and New Year’s were very much about upholding Swedish traditions. No matter it was 30 degrees outside, we celebrated Christmas Eve with lit candles starting at three o’clock in the afternoon. No salsa or cumbia on the grammophone, no it was all Christmas music from “back home”. They cried – a bit – when one of the singers crooned about Christmas at home, with loved ones and candles, and churchbells and carols. Dutifully, my sister and I cried too. Or maybe we were just affected by the sight of our parents weeping.
Christmas had the benefit of presents. Come New Year, there were no presents, and our parents went into a strange mood. With the perspective of many years since then, it is patently obvious my mother and father were so homesick they weren’t quite functioning as they should. For a child, it wasn’t that evident.
New Year – just as Christmas – was a carefully orchestrated event. At Christmas, things started at three on the dot and contained such recurring items as a Christmas quiz, and a Christmas show (my sister and I did the showing, our parents the audience). At New Year, it was mandatory to dress up. Dinner was served later than usual – around eight – and was normally very fancy. But no matter how slowly you eat, it only took an hour or so, and then began the loooong wait for midnight. 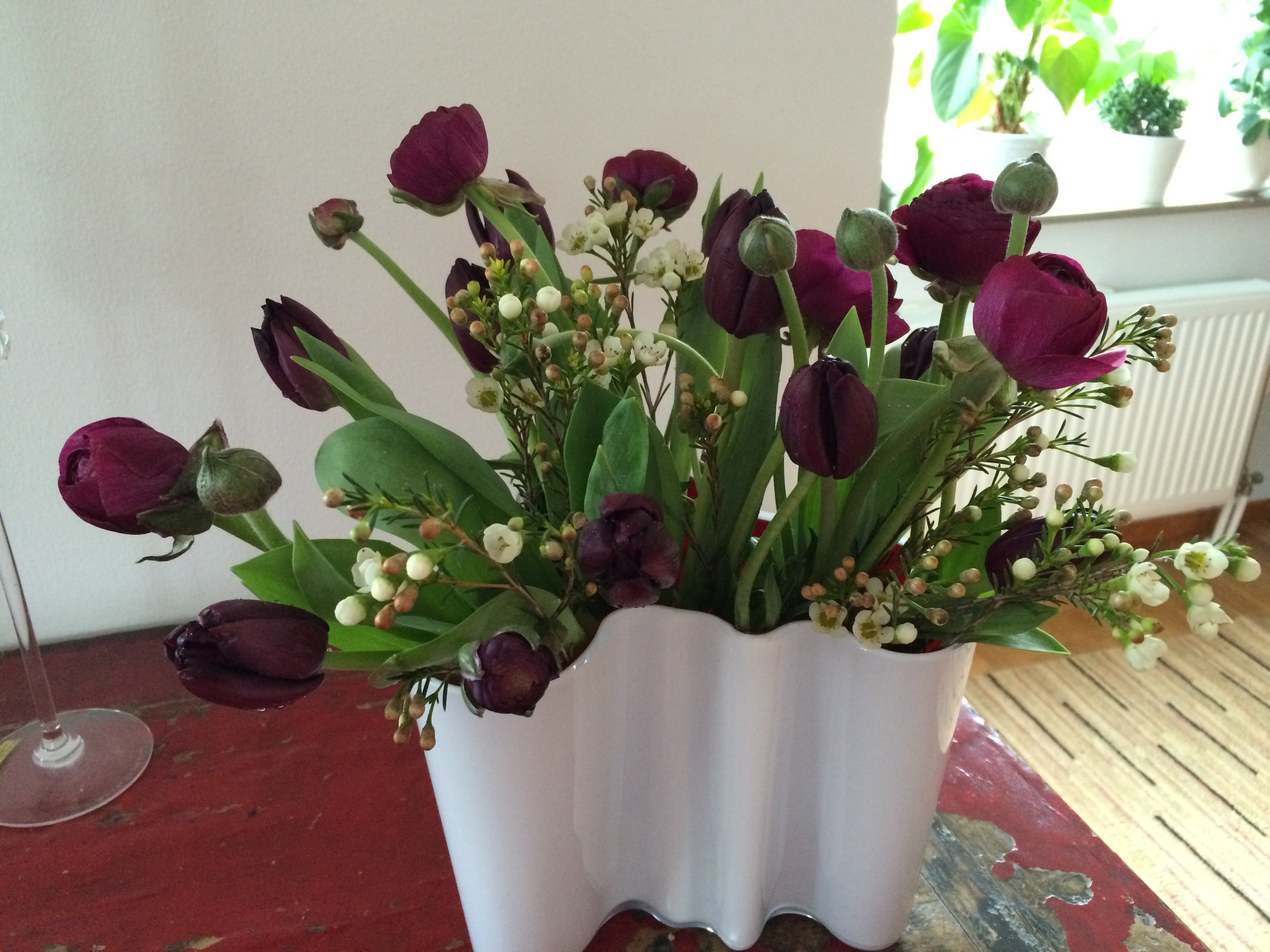 These hours were spent discussing the year that was just ending. Had we lived up to our resolutions ? (And the answer to that was generally no. It mostly is…) Had we tried to be better people? Had we done our utmost at school? It was a bit like being catechised, a detailed review of flaws and failings, the occasional pat on the back for things well done. But mostly it was flaws and failings – Swedish people are bad at praise.
Once all family members had been adequately dissected, we turned to that all important issue of our new resolutions. To say one didn’t have any wasn’t allowed. Uh-uh. Moral fibre and all that required that we always strive for something. It was, putting it mildly, one of the drearier hours of the year.
The closer we got to midnight, the sadder our parents. “One more year gone by, one year less of life ahead of us.” My sister and I still lived in the illusion that life was endless. Our parents weren’t all that old, but melancholia combined with homesickness had them sinking into a very dark place. I wanted to go to bed. My parents kissed and held hands, tears in their eyes.
There was the mandatory reading of Tennyson (in Swedish: Ring, klocka ring…) There was the just as mandatory singing of Auld Lang Syne. Just before midnight there were some fireworks, and then it was midnight and there was champagne and our parents were crying and wishing us a Happy New Year. I wanted to go to bed.
There you have it, the reason why I shy away from New Year. The reason why I have NEVER imposed something similar on my own children. The reason why I don’t make resolutions. But I do rather like the champagne 🙂

So here’s me wishing you all a Happy New Year. May 2016 be a year that expands your experience and leaves you with yet another collection of beautiful memories. May it be a good year. And may you all (learn to) love yourselves just as you are – no resolutions needed!

4 thoughts on “A New Year, a new beginning…”