To this day, I blame it all on Sharon K Penman. All. Hubby makes an amused sound and pats me on the bum, reminding me that I did have a thing about castles and medieval history BEFORE reading Here be Dragons. As per hubby, one of the things he found endearing about me. If we’re going to be brutally honest, what soon-to-be hubby found most endearing were my cooking skills. Serve a man homemade meatballs and perfect mash and they are like putty in your hands – just sayin’…

Back to the castles. It was quite some years ago, and I was some weeks shy of becoming Mrs Belfrage, something that required adequate celebration. So we went on an advanced honeymoon – to England. We were poor(ish) so we dragged along tent and sleeping bags and other camping stuff. We hadn’t quite taken the fickle English weather into consideration. Other than a perfect evening in Keswick and a couple of dry nights while travelling along Hadrian’s Wall, it mostly rained. Wet tents & sleepingbags does not an amorous couple make.
Fortunately, soon-to-be hubby and I shared other interests. Like history and ruins and preferably old, old castles. I had rather deviously drawn up our route to include a loooong loop into Wales. For those as besotted as I am with Sharon K Penman’s books about the last Welsh princes, the planned stops come as no surprise: Conwy, Dolwyddelan, Dolbadarn, Castell y Bere, Rhaeadr Ddu Falls, an assortment of ruined abbeys. We also ended up in Caernarvon where I spent a lot of time muttering about the perfidious Edward I. Since then, I have become more balanced in my assesment of this droopy-eyed but immensely capable king, but I can’t quite forgive him for Wales. Or Scotland.
In the golden glow of hindsight, those three weeks are among the happiest in my life. We spent an entire day exploring Middleham, we waded in Aysgrath Waters (Yes, I had read The Sunne in Splendour too). We went to Shrewsbury (Cadfael, people) and Chester, did York and London. A lot of our photos show a very drenched me, grinning goofily while leaning against one old castle wall or the other.
We went to Salisbury Cathedral- hey, Will Longespee lies there, ergo a must stop – we detoured to Minster Lovell (did I mention I’d read The Sunne in Splendour?) because I was so taken with the legend of Francis Lovell. What? You don’t know about Francis Lovell, so loyal to his king Richard III he was nicknamed “the dog”? Ahem:

Francis was only nine when he became Baron Lovell upon the death of his father.  Among the varios properties he owned was Minster Lovell, an impressive manor in the Cotswolds built by Francis’ grandfather to flaunt his wealth. Adjacent to a little river, the present-day ruins include the remains of a huge hall, a porch and a dovecote.
Francis probably never spent much time here. As a child, he was the ward of Richard Neville, Earl of Warwick, and therefore lived on one or the other of Warwick’s estates. This is also where he first met Richard, Duke of Gloucester, a childhood friendship that would endure for the rest of Francis’ life.
As an adult, Francis was rarely far from Richard’s side, which reasonably means his visits to Minster Lovell were rare and short. A pity, IMO, seeing as the manor must have been a beautiful place back then. When Richard became king, Lovell was one of his closest counsellors, hence the doggerel “The Cat, the Rat and Lovell our dog ruled all England under a hog”. (Cat was a William Catesby, the rat was Richard Ratcliffe and the hog was Richard III himself, his badge being that of a wild boar. The dog for Francis is probably also a reference to the heraldic wolf his family used.)

Anyway: we all know Richard III’s reign was very short. Two years and then it was over, Richard’s battered body trampled into the bloody ground of Bosworth Field. The Yorkist kings were no more, instead Henry Tudor claimed the crown – more or less on the battlefield itself.
In the aftermath of Bosworth, Francis escaped.After some months in Colchester where he claimed sanctuary, he went north and took part in a revolt in Yorkshire. The intention was to abduct Henry VII, but that didn’t work out, so Francis fled to Flanders and the court of Margaret, Duchess of Burgundy and sister to Richard III.
A year or so there and he was back in England, supporting the pretender Lambert Simnell’s claim to be the son of the Duke of Clarence. The remaining yorkists were determined to make one last bid for the crown, and led by the Earl of Lincoln (with a claim of his own on the crown) they landed in England after having detoured through Ireland. With them came 2 000 German and Swiss mercenaries, paid for by Margaret.

Initially, a lot of people flocked to the Yorkist banners – but not as many as had been hoped. The English were sick and tired of war, and this Tudor bloke seemed a steady sort. (Yes; yet another king where my youthful opinions have become more balanced of late…)
Things came to a head at the Battle of Stoke Field in 1487. Faced with a larger force, and trapped by the River Trent on three sides, the yorkists were doomed, no matter how bravely they fought. Thousands died on that muddy field, including most of the yorkist leaders. Except for Francis. He somehow managed to escape. This was the last official sighting of Francis in England, and other than a safeconduct issued by James IV of Scotland in 1488, this is the last time he appears at all. So where did he go?
Two centuries later, so the legend says, a macabre discovery was made in the cellars of Minster Lovell. While renovating the old buildings, the builders found a secret little room in which was the skeleton of a man, and many leapt to the conclusion that these were the remains of Francis, coming home to die. The skeleton was found sitting at a table, surrounded by quills and disintegrated scraps of paper. As per the legend, he’d been secreted away by a loyal servant, but when for some reason or other this servant no longer could reach his hidden master with food and water, Lovell starved to death. Ugh.
Very little points to this being true. First of all, Minster Lovell was given to Jasper Tudor after Bosworth, and it seems unlikely Francis would be so stupid as to attempt to hide right under the nose of the enemy. Secondly, those bones that were purportedly found were never properly examined – they crumbled to dust when exposed to air. Thirdly, they could have been the remains of a Catholic priest hiding in a priest hole. Or maybe there was no secret room, no bones. Or maybe there was.
Things rather point to Francis having been seriously wounded at the Battle of Stoke Field. So seriously, he expired. However, he had family in the area, so maybe he managed to make it to a friendly home, dying in the care of relatives who buried him as secretly as they could. Seems like a much better death than starving to death, don’t you think? 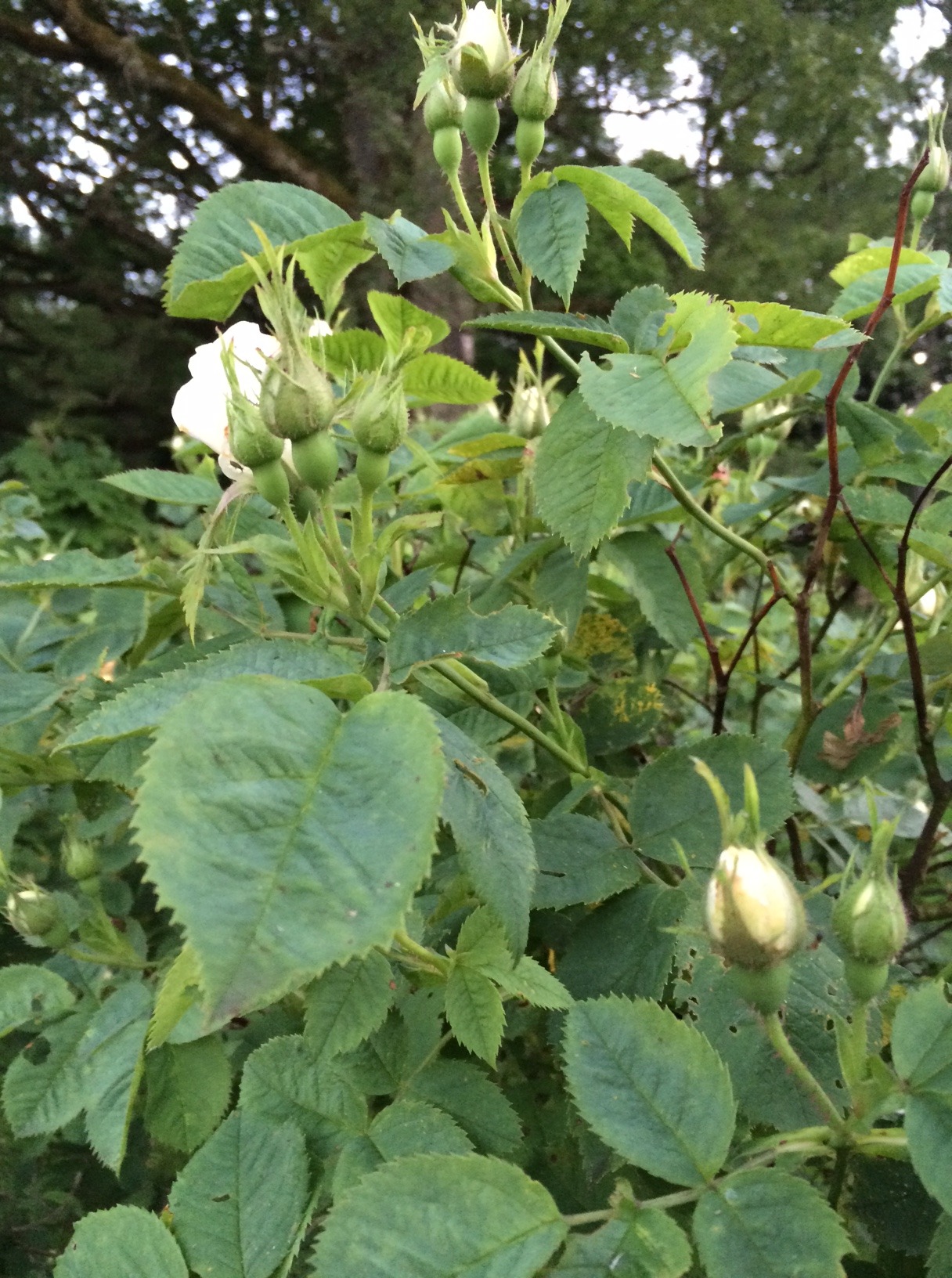 All of this I told my soon-to-be husband as we were sitting in the sun just beside the old dovecot. It is to his credit that when I cried for that long gone Francis he took my hand and squeezed it, a tender smile on his face. Truth be told, he had to hold my hand a lot of times during that honeymoon of ours, as wherever we went, there was some historical anecdote or other that caused me to weep and him to comfort.
We are presently planning a new trip to England – and Scotland. Once again, it will be castles and ruins, famous battlefields and memorials over long-dead people. Once again, I will cry and he will hold and I will hear the smile in his voice as he assures me, yet again, just how endearing he finds it that I weep for those that went before. Note to self: must pack tissues this time. Many tissues, given the itinerary I have in mind…

6 thoughts on “Of honeymoons and death by starvation”