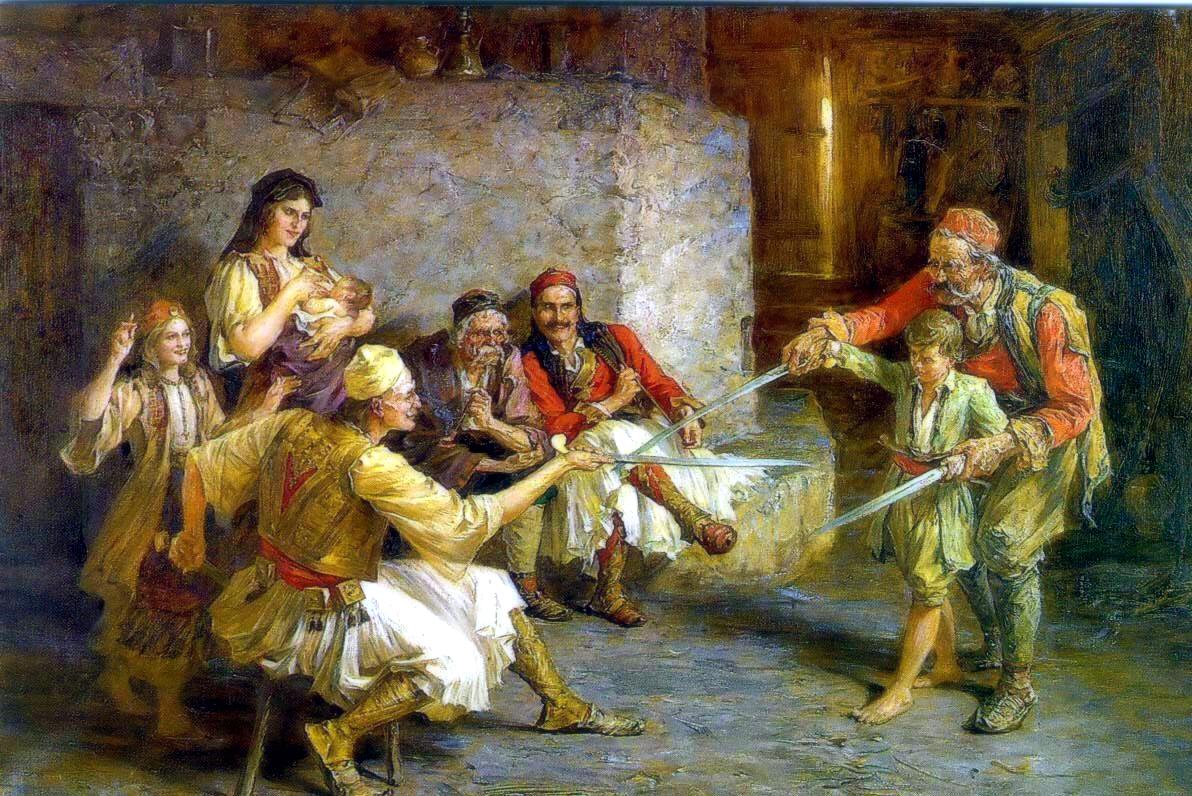 Give a child a stick and some will crouch down to draw lines in the mud. Others will grip the stick like a sword and attack the closest tree. I fell into the second category, spending many happy hours pretending to be D’Artagnan or Zorro. The few times I could convince my sister to fence against me, I whipped her ass – a consequence of her being three years younger more than anything else – and so I grew up quite convinced that I had a talent for fencing. Well, if we’re going to be quite honest, there were days when I actually believed I could fence – for real.

I became an auditor. Not as much of a whiff of fencing around…I became a mother. Suddenly, I had valid reasons to storm around the garden with a stick aloft. There’s definitely something to be said for having kids, people… For Christmas, I sewed them beautiful capes, lined with vibrant colours. I made them masks and suggested they go out and conquer the world – well, the garden, to be more exact.  And they did, their wooden swords whacking at tree trunks and fences – but also at each other. (And let’s not get into the incident with the bow and arrow…) 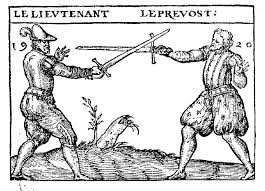 I changed jobs. I liked my new boss, even if to this day he remains something of an enigma to me. Quiet, thoughtful and apparently quite laid back, at times he could strike with the speed of a cobra, I should have kept that in mind… Anyway, one day I was given the task of organising a team event. I had been gagging for the opportunity, and two hours later, I had booked us a session with Arman from Armenia who was to teach us to… ta-daa… fence. Well, not me, obviously, as I already knew how to fence. I was looking forward to impressing my colleagues with my fantastic abilities. Idiot!

The fencing club was housed in a basement. The room smelled of sweat, sweat and more sweat, with an interesting topnote of mildew. Arman the Armenian was not only an Olympic fencer, he was HUGE. When he took hold of the epeé, it was like seeing Shrek hold a knitting needle. But boy could he move. Soon, we were all dripping with sweat.
“En garde,” he instructed, and we obediently placed one leg before the other, flexed at knee level and extended our sword arm, the other held elegantly – more or less – above our head.
“Advance!” Arman yelled, and we advanced in a strange shuffling manner.
“Lunge,” he commanded, and we lunged.
“Retreat,” he said, and we returned to the En garde stance. My thighs were beginning to heat. My arm felt about to fall off. I suspected Arman of being some sort of sadist. Turns out, I was right, as he kept us at it for like two hours before it was time for individual matches.

I sneaked a look at my colleagues. The only other female participant was giving me black looks (but she loves me to bits anyway, seeing as nowadays she’s my BFF) Two of the men looked somewhat pale. My boss took off his helmet and wiped his brow. He looked winded. And hot. I felt less winded. I waved my epeé at him. He gave me a blank look. So I tapped him on the arm. Yet another blank look. Clearly, the man had huge holes in his education – had he never watched a classic fencing scene?
“I’m challenging you,” I explained.
My boss’ lips twitched. “You are?”
As an aside, it may be important to point out that I had sort of ruled the session so far – all those years with a stick had paid off.I nodded and tapped him on the arm. “But maybe you’re too scared.” (Us Swedes have a relaxed attitude to our bosses)
“Maybe.” Yet again that twitch to his lips. “Maybe not.” He put his helmet on. “What are the stakes?” he asked. Stakes? I just wanted to beat him, but now that he asked… I cleared my throat:
“If I win, I get a 10% pay hike.”
“And if you don’t?” He waved his epeé back and forth.
“If you win, I get zero pay hike.” I smirked. Not about to happen, what with how winded he seemed.”First to five points win.”
He just nodded. 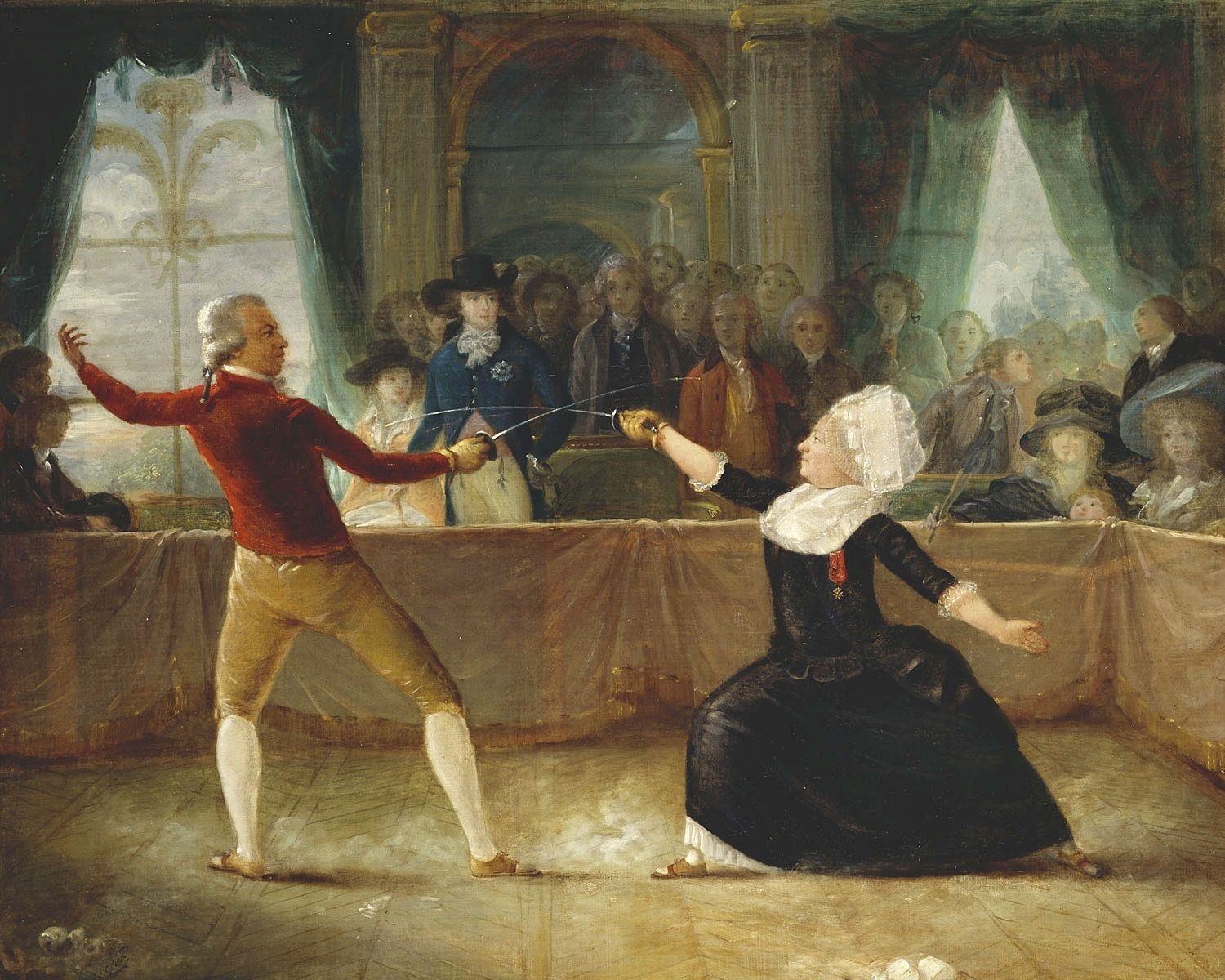 I won the first point. I did a little dance. I won the second point. A somewhat more triumphant dance. I won the third point, and I was cheering out loud. He seemed oddly relaxed about the whole thing, but maybe he was simply one of those rare people unburdened by a winning streak. Ha! Double ha… Because this was when my boss began to move, and for all his bulk (he’s a big man) he was horrifically fast, and as agile as a ballet dancer. One point to him. A second point to him. A third point to him after a long bout of back and forth, leaving me gasping for breath while he danced on his toes.

Arman the Armenian was grinning. My colleagues were watching with interest. Future BFF was yelling encouraging remarks. My boss sang out “en garde”, and I sank down, trying to ignore just how much my legs hurt. Here he came, charging like an aggravated rhinoceros – albeit with far more grace.
“Eeehh!” Down I went on my rump, and suddenly he was one point ahead.
“If this had been for real, you’d be dead now,” he said, the point of his epeé hovering over my chest.
“If this had been for real, you’d have been dead before I won three points,” I muttered.
He laughed. “Don’t think so. I let you win.” How humiliating was that?

He won. Duh. The epeé clattered when I threw it to the ground, making Arman scowl at me. My boss was grinning, bright blue eyes twinkling (handsome man, my erstwhile boss).
“Oh dear, oh dear,” he said. He strolled off to the changing room. “You owe me your pay increase.” Yet another twitch to his lips. Dratted man!

Despite all this, I remain convinced I do know how to fence. If nothing else, I have the required attitude and energy- or so I believe. That’s probably why I’m going to a fencing workshop in June. But guess what? This time I’m not about to wager. Not as much as a dime.

2 thoughts on “En garde! Or what happens when you bite off more than you can chew”