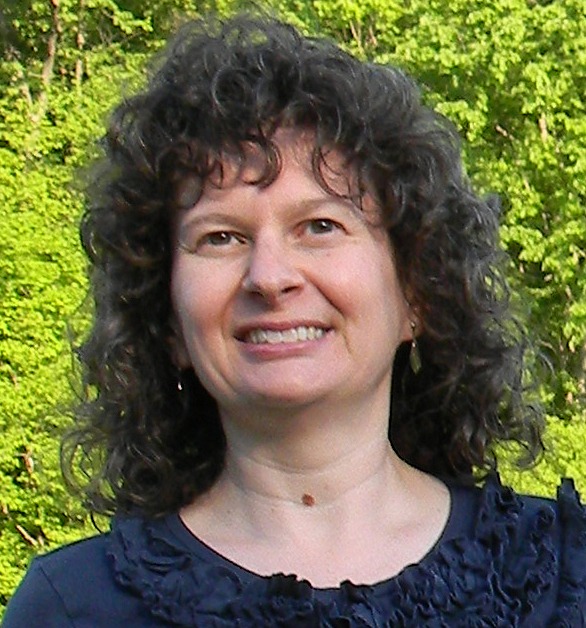 I have a thing about languages. So much, in fact, that I would warn you from ever initiating a conversation about the subject, as chances are you’ll be quite bleary-eyed by the time I finish my little lecture about the Indo european languages. Turns out, I am not alone in my fascination for languages, and today I welcome Kim Rendfeld to my blog to give you a little flavour of the polyglot court Charlemagne ruled over. Kim has recently published her second book, The Ashes of Heavens Pillar, and both of her novels are set in that somewhat hazy past we tend to fob off as the dark Ages. Somehow, I don’t believe Charlemagne would agree – or Kim, who on her excellent blog gives multiple examples of just how vibrant this era was – plus she brings it all to heaving life in her books! So, dear Kim, take it away!

Charlemagne’s kingdom had no official language, and that was before he conquered foreign lands and expanded his empire.

When he assumed sole rule over Francia with his brother’s death in 771, the realm stretched from the Atlantic to east of the Rhine, from the North Sea to Pyrenees, Alps, and the Mediterranean. It encompassed today’s France, Germany, Holland, Belgium, Luxembourg, and Switzerland.

The languages were as diverse then as they are now, and dialects varied from region to region. Roman, which grew from Latin, was in the western part of the realm. The Germanic tongue, including the court language of Frankish, was spoken to the north. Well, generally speaking. There were some islands of Roman in Germanic regions.

The unifying language was the Latin of the Church and official documents. However, few laypeople spoke that tongue and even a number of priests faked their way through it.

Confused? Try writing novels set in this era. The diversity of languages sets up two main challenges for an author:

In the ninth century, speakers of Old English and Old Norse could understand each other – not every word but enough to get the gist and trade with each other. So it’s not too far a stretch for speakers of eighth-century Frankish and Saxon to communicate.

The answer to the second question is more complex. I am tempted to draw on my own attempt to learn French as a college student in the 1980s, but that goes only so far. I am literate, had professors, and paperback French-to-English dictionaries were cheap and plentiful. My protagonists, on the other hand, fall into the vast majority who can’t read. In fact, the Continental Saxons didn’t have a written language as we know it. But even if they could read, a bilingual glossary, like most books, was rare and expensive. So my characters’ learning process amounts to my best guess.

But wait, those knowledgeable about the Middle Ages ask, didn’t most of the populace stay in the same place all their lives? Why not just figure out what they spoke and not worry about it?

My characters don’t make it that easy for me. Alda, the heroine of The Cross and the Dragon, must learn Roman when she marries a guy from the western side of the realm and leaves her Rhineland home. In The Ashes of Heaven’s Pillar, Leova and her children, who are Continental Saxon peasants, encounter a conqueror speaking Frankish and then must learn Roman when they wind up in Nevers.

I can no more avoid the role of diverse languages than I can religion and culture.

In this excerpt from The Ashes of Heaven’s Pillar, life for Leova and her children, Deorlaf and Sunwynn, is about to change for the worse, and unfortunately for them, language is not a barrier. 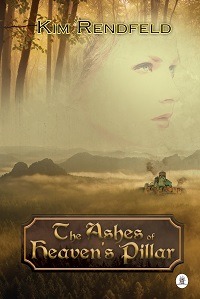 “These… slaves you wish to sell?” the rich man asked. Leova couldn’t understand his every word, and his accent was strange. It sounded like “Zees slaves you veesh to sell?”
“No!” Leova yelled. “I and my children are free! The treaty says the free remain free!”
“She is my property,” Ealdgyth sniffed, “and the treaty does not forbid me from selling my slaves or having my sons slit their throats.”
“No!” Leova shouted. “Ealdgyth is lying. She was married to my brother.”
The Frankish warrior looked from Leova to Ealdgyth.
“Almost convincing, isn’t she, Count Pinabel?” Ealdgyth said with hooded eyes. “She is lucky I’m selling her instead of killing her.”
“Wulfgar, Ludgar,” Leova pleaded, “how can you do this to your own blood? Leodwulf’s wrath will haunt all of you until the end of your days!”
Wulfgar and Ludgar glanced at each other, then their mother. Ealdgyth glared her sons into silence.
The rich man shrugged. “I give… two swine.”
“We’re not slaves,” Deorlaf called out, then grimaced at the grip of Ludgar’s fingers.
“They are difficult,” Pinabel said. “One swine, nothing more.”
“They are worth more than that,” Ealdgyth said indignantly. “Look at Leova. She has seen perhaps twenty-eight winters. A little past her prime, yes, but she’s pretty, still strong and healthy and skilled in the kitchen and with the needle.”
“But we’re Christians,” Sunwynn whimpered.
“One swine is generous,” Pinabel said to Ealdgyth. “Slaves… so quarrelsome are worth less.”
Ealdgyth spat on Leova. “Very well. One swine for these three.”
“My lord, we’ll pay you more to set us free,” Leova blurted. “Ealdgyth is my sister. I can prove it.”
“Sir, do you want these slaves or not?” Ealdgyth asked.
The rich Frank smirked, turned to one of his men, and gave orders in a strange tongue. “My man… fetch a swine,” he said.
“My lord,” Leova begged, “if you would just accompany us to the village, I can fetch four swine.” She tried to think of anyone who owed Derwine a favor and caught Deorlaf’s look of disgust.
Count Pinabel shrugged. “Why… care I about quarrels… Saxon scum?”

Kim Rendfeld is the author of The Cross and the Dragon (2012, Fireship Press) and The Ashes of Heaven’s Pillar (2014, Fireship Press). To read the first chapters of either novel or learn more about Kim, visit kimrendfeld.com. You’re also welcome to visit her blog Outtakes of a Historical Novelist at kimrendfeld.wordpress.com, like her on Facebook at facebook.com/authorkimrendfeld, or follow her on Twitter at @kimrendfeld, or contact her at kim [at] kimrendfeld [dot] com.

5 thoughts on “Say What? Lots of Languages in Charlemagne’s Realm.”