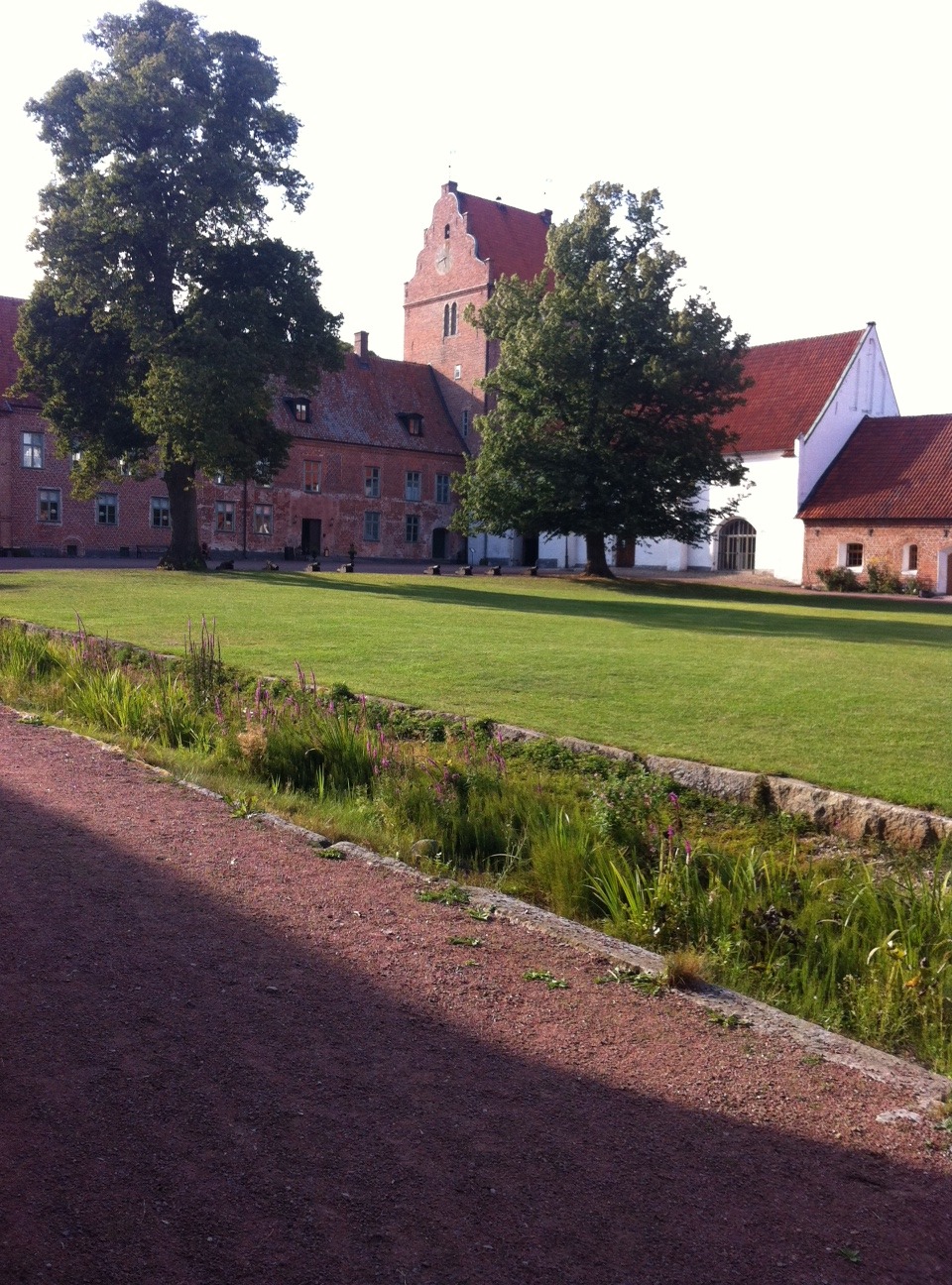 The other day, we visited a nearby castle. Bäckaskog sits on a narrow isthmus bordered by two lakes, and once upon a time there was a merry little brook leaping from one lake to the other – deep enough that fish could move back and forth. These days, the water levels have been lowered, and so the brook no longer burbles, it has been reduced to a grassy indentation with here and there a pool of water.

Anyway: the location was considered perfect – at least by the Premonstratensian monks (I know: a total mouthful. This poor order could have benefited from a savvy PR consultant to give them a snappier – and more pronounceable –  name)  looking for a new abode back in the early 13th century. The narrow isthmus was traversed by one of the various pilgrim routes that led from the back of beyond of the Danish hinterland to Lund and onwards to Santiago de Compostela (a very, very, very long walk) – or, if you took a right turn instead of a left, to Nidaros in Norway (also a long walk).

The monks were innovative types. To the astonishment (one assumes, I wasn’t around at the time, so I can only imagine this) of the nearby farmers, the monks made bricks from the local clay. Hey presto, a new building material was born! New being relative, of course, but we’re talking way out in the boonies. From these bricks, the monks built their monastery, starting with a little chapel. They also immediately set about planting a herbal garden, bringing with them such exoticisms  as ground alder (why, oh why? This edible plant is  quite the tenacious weed these days) and Jerusalem artichokes – plus a whole lot of medicinal plants to treat everything from hair loss to magical enchantments and gout. Ointments made with bog myrtle ashes and black radish, burnt aniseed to cleanse rooms, syrup from willow leaves and pepper, medicines against the plague made from wild hyssop, beaten mustard and birthwort (not so sure it would work) – all of this and much, much more was produced and administered by the diligent monks. 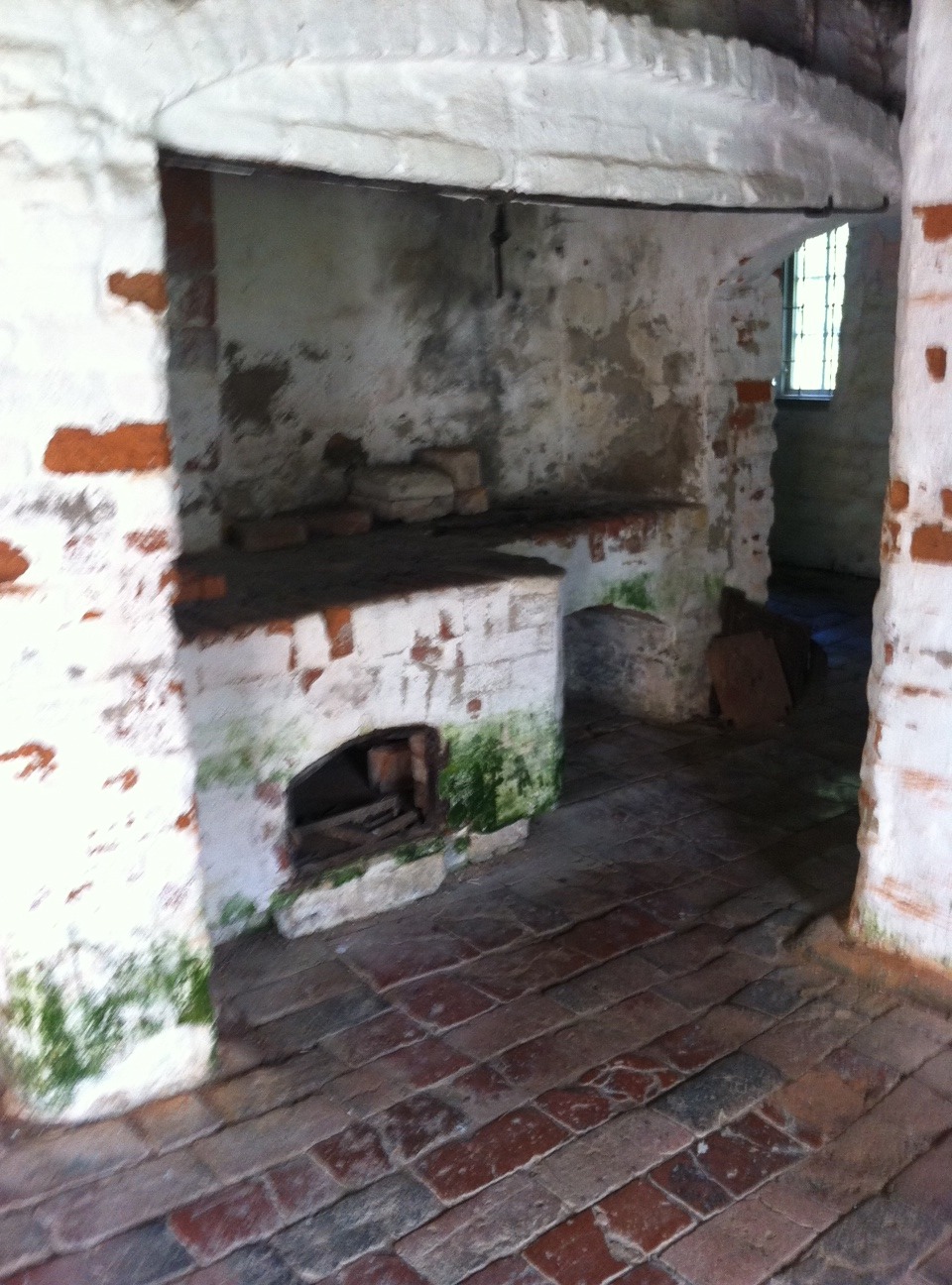 Once the monks had gotten round to finishing their full-size church, the original chapel was converted into a kitchen, built astride the brook so that there was fresh water immediately available. These days, the original monastic kitchen still remains, but the hearths and the ovens are those installed in the 17th century.

The Premonstratensian monks were Catholic. Not their fault, one could argue, as once upon a time all monks in the Christian world were precisely that – Catholic. In post-reformation Denmark, being a Catholic was not good. Not at all. Just like elsewhere in Europe, in the 16th century former monasteries and nunneries were confiscated and handed over to up and coming noblemen – all of them staunchly Protestant. Bäckaskog ended up owned by an illustrous Danish family. The monks were shooed away, the former church was brutally re-decorated to wash away all vestiges of popery, and the kitchen remained a kitchen. Food is far too important to meddle with.

Other than the church, the rest of Bäckaskog was cleansed of the presence of God. Out went crucifixes and vestments, out went mossy old books (although the savvy nobleman would probably keep some of these precious things safe) out went rosaries and breviaries. The monastery’s scriptorium, its still-room, its refectory – they were dismantled. In came tapestries and carpets, four poster beds and elegant chests filled with clothes and possessions. The new owners decided to further reinforce the image of a private residence by adding guard towers and extra pieces of wall so as to enclose the entire yard. Voila! The monastery had become an impenetrable castle. Umm. Not so impenetrable, it turned out, because in the 1650’s, the Swedes came, led by that famous warrior king of ours, Karl X Gustav, who walked across the ice from Germany and fell upon the unsuspecting Danes from behind.

Persistent types, those Swedes. They attacked over and over, gaining one foothold after the other in the very fertile soil of Scania, Denmark’s northernmost province. The Danish owner of Bäckaskog felt safe behind his walls, but was quickly to realise brick walls and fat gun towers were no protection against determined Swedish Dragoons. By the 1680’s, Bäckaskog had ended up one of several Swedish military properties in the region. No doubt it was from places like Bäckaskog that the conquering Swedes rode out on punitive expeditions – after all, the until recently Danish population was not exactly thrilled to now have been forcibly converted into Swedes. It was from a former monastery that Swedish soldiers streamed out to chase down insurgents and nail them to the church doors, there to die. Apt – or not.

By the late 17th century, very little remained of the original peace and quiet of the monastery. Even the church had fallen into disuse, its beautiful stained glass windows bricked over, its roof lowered, and the resulting space used to store carts and carriages. God was gone, effectively chased away from a building originally constructed to honour him. God was gone, beaten out of the brickwork together with the few remnants that remained of the former monastery. God was gone – or was He? 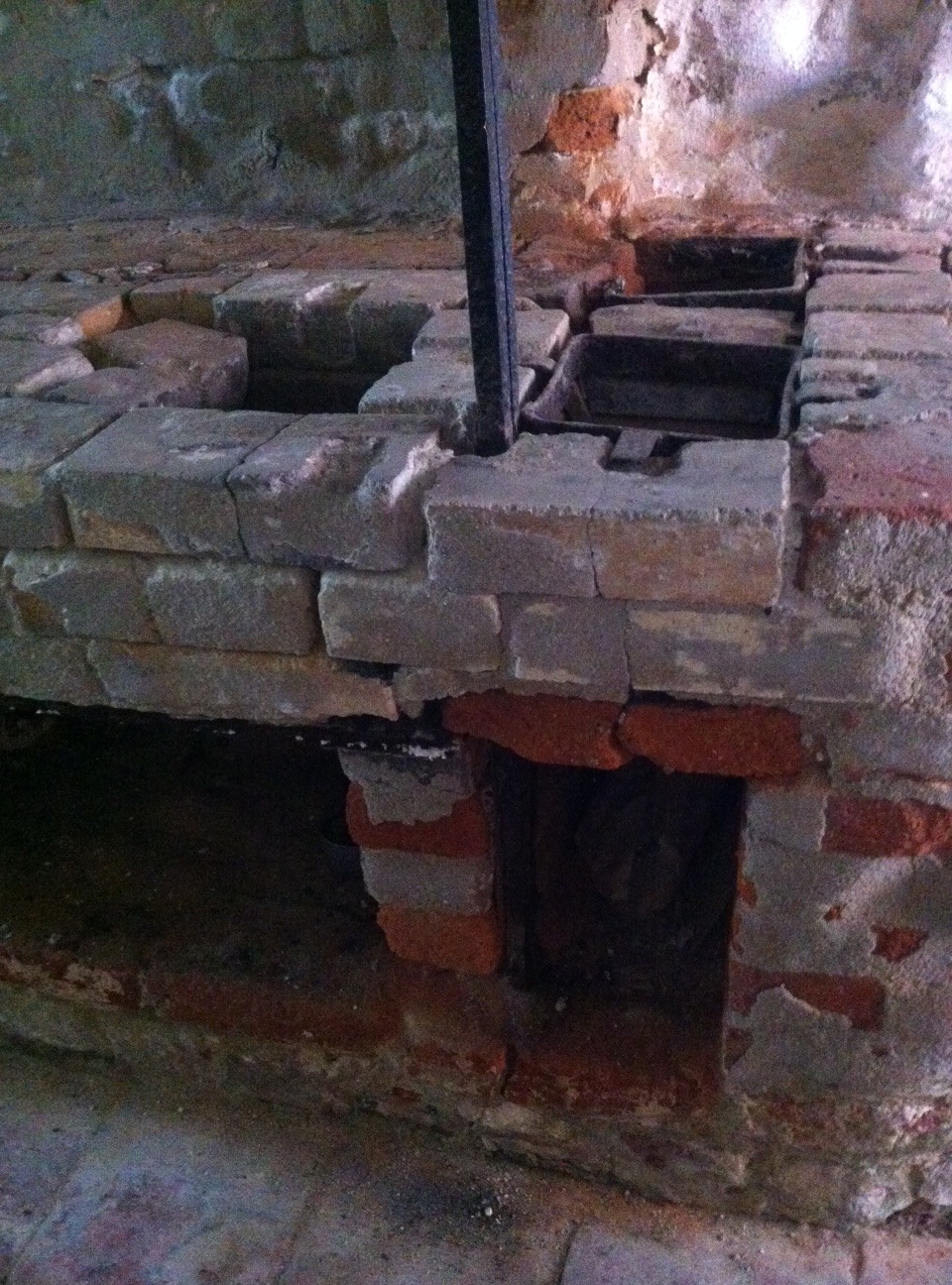 In the former chapel converted to kitchen, things were pretty much unchanged compared to when the monks were around. Surely, now and then a hushed Gregorian chant made its way down the chimneys? In the vaults under the former church floor, the buried bodies of monks and abbots, of Danish noblemen lay encased in coffins decorated with the cross, the murmuring of the prayers that had accompanied them to this their final place of rest lingering in the stale air. God, I believe, clings to the bricks of places such as these. Or rather, the pious hopes and prayers from those that believe in God leave a permanent imprint, making it quite impossible to ever banish God from the crumbling plaster and ancient bricks that still support the walls. 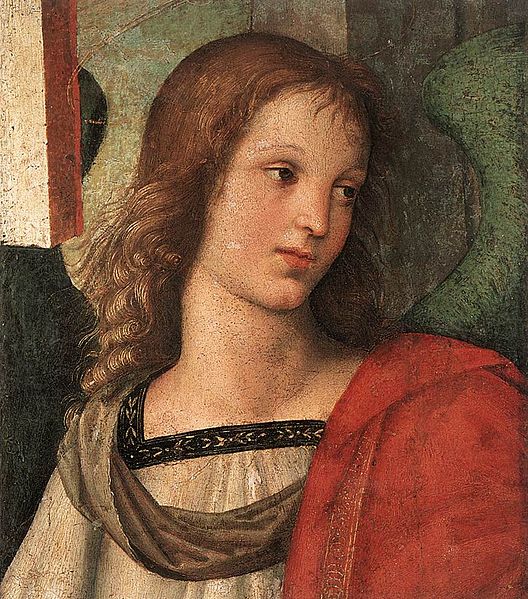 Today, the church is back in business as a church – which, I suppose, proves my point. And if one wanders through the older parts of the buildings, now and then it seems to me I catch a glimpse of a shape dressed in white, hastening from one end of the yard to the other. A Premonstratensian monk, hastening to prayer? A somewhat pallid angel, still keeping an eye on this former house of God? I don’t know, but I feel suffused with peace as I stroll across the ancient courtyard. Or maybe that is merely due to the warming sun and the evening breeze that rustles through the branches of the ancient lime trees…