Back in the 18th century, there lived an upright young man called Ored Nilsson. According to the existing records, Ored was “of goodly strength” and worked as a farm hand. His father was a former saltpetre boiler, an attractive position with the government whereby the boiler would wander round the nearby farms, collect the soil from the stables and the manure pits and boil it in huge vats, thereby concentrating the nitre contained in the urine-drenched soil. Saltpetre was an important ingredient when making gunpowder, which was why the Swedish government had a large number of boilers spread throughout the country. 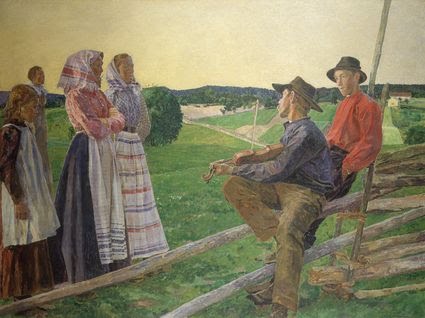 Ored, however, does not seem to have aspired to his father’s ambulating life. He had a good position with a nearby farmer, and was considered levelheaded and hardworking. At 28, he now and then considered taking a wife, and his eyes fell on Hanna, the daughter of a tenant farmer. Love was in the air, one could say – as is often the case during the short summer nights in southern Sweden. Anyway, Ored and Hanna plighted their troth, and sometime in July of 1774, Ored began “enjoying the pleasures of the flesh” with his betrothed. At the time, he had every intention – according to his later statements – of marrying Hanna, and when she quickly became pregnant, this was not seen as either cause for shame or haste, after all, they were betrothed, and therefore certain benefits could be enjoyed.

However. Major however. Ored found out Hanna had a child, a little bastard. Now why he didn’t know this before, is a bit of a mystery, given just how quickly gossip flew from one farm to the other. Or maybe Hanna had  succeeded in keeping this her greatest shame hidden (but the child lived with her parents). Or maybe Ored had known about it all the time, but grown tired of Hanna and found this as a perfect excuse for no longer wanting her. Besides, not only was there a child, but Hanna had lied about the child’s father, naming an “unknown man” as the father, while “everyone” knew she’d been knocked up over at the nearby mill. 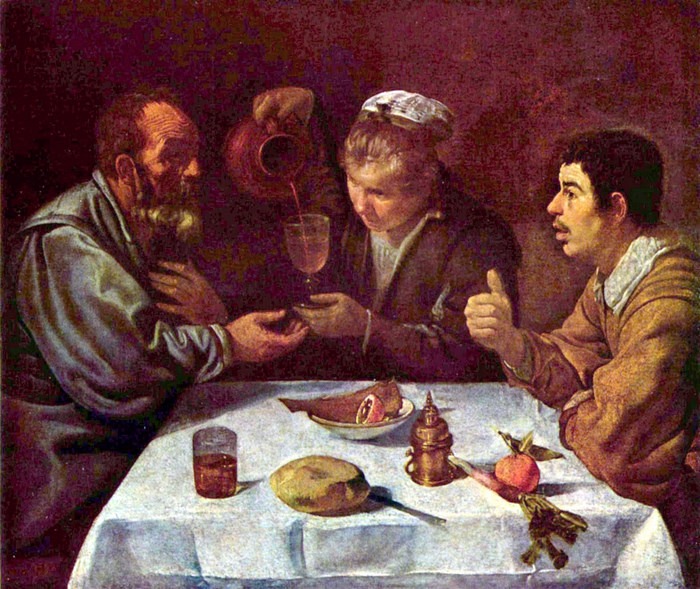 Ored’s father pulled his bushy brows together, telling his son he didn’t want a slut for his daughter-in-law. Probably Ored’s mother said the same thing. As per Ored’s statement, it seems his entire family – and most of his neighbours – told him to break off the engagement. There was, however, a teensy, weensy problem. He had slept with her – an illegal act of intercourse unless marriage was in the wings – and she was pregnant. One could have hoped there had been another problem as well, namely that Ored had feelings for Hanna, but he himself describes how his ardour “grew cold when faced with the knowledge that she would bring a bastard to their hearth”. Nice guy, Ored.

Sweden was at the time a very religious society. Sin was a big thing. Carnal sin was an even bigger thing. A woman that slept around was a major liability, and here was Hanna, who had at least slept with two men, more or less a full-blown whore. Women whispered behind her back, they snickered and told Ored that how long did he expect her to remain faithful? Once a slut, always a slut. Despite this unforgiving attitude to sin, the legal system of the time recognised that man (and woman) was fallible. Ored could therefore break off the engagement with Hanna, leave her pregnant and alone, assuming he paid a fine. The fine would be set to give Hanna the wherewithal with which to raise the child. This, according to Ored, would end up an indecently high amount. So he decided to find another way out of his little predicament.

Late in August of 1774, Ored met Anders. Anders was a migrant worker, moving from farm to farm. As per statements, Anders was a god-fearing man, who would pray regularly. He also proposed to Ored that he could help Ored with his little problem. Anders would be willing to rid Ored of Hanna for the sum of six silver coins. At the time, a good horse cost you ten silver coins, so clearly both Ored and Anders considered a woman’s life to be relatively worthless. Ored thanked Anders for his offer, but asked for time to consider how best to do this. 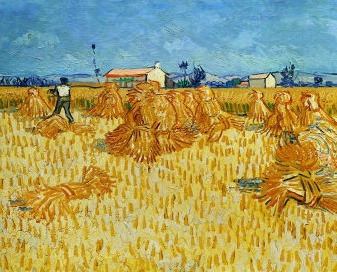 According to Ored, it was while he was cutting the rye that he came upon the ideal way of ridding himself of Hanna. There he was, bent double as he used his sickle to harvest the rye, and all the while his head rang with various murder scenarios. Well, I suppose we all have different daydreams. Did he stop to consider the unborn child – his child? Did he pause as he recalled an especially pleasurable moment between Hanna’s thighs? We don’t know.

Ored decided the best way to do this would be to have Hanna drown. People drowned all the time, and Hanna earned extra by rowing people across a small lake. A plan took shape. Ored was to ask Hanna to row him across the lake, and as he stepped out, off to do his thing. Anders was to appear and ask for a ride. Once the boat was in deeper waters, Anders was to push Hanna overboard. Ored promised to pay him the six silver coins after the foul deed was done. 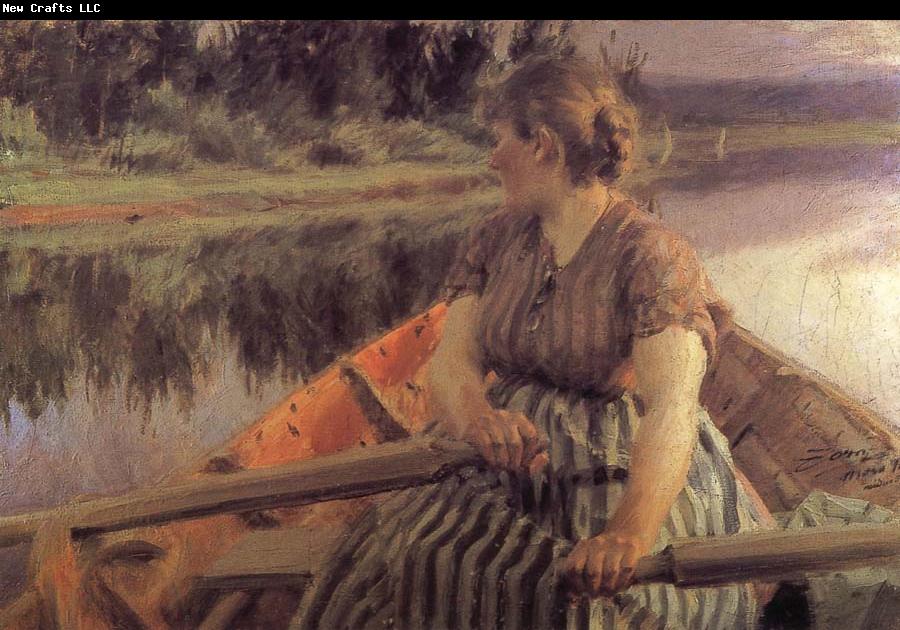 In the event, things almost went as planned. Hanna rowed Ored across – and by now she’d caught on to the fact that he no longer wanted her, and tried to reason with him, telling him she was okay with him breaking off their betrothal, as long as he paid for the upkeep of the baby. Did Ored smile to himself? Or did his insides turn themselves upside down as he considered what he was planning for the woman presently straining at the oars? 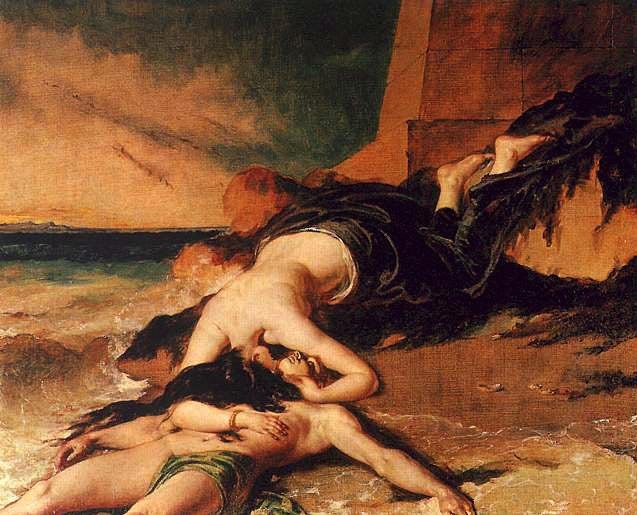 Ored got out. Anders got in. “Go!” yelled Ored, and Hanna gave him a hurt look, bent her back and set the heavy boat moving. Halfway across, Anders pushed Hanna into the water. Hanna grabbed hold of his hair, and pulled him with her. (This based on the fact that considerable amounts of his hair were found caught between her fingers) Both drowned, the boat floated off, and it took 3 weeks before their bodies were found.

Ored tried to flee, was apprehended and admitted to instigating the murder. As per one of the witnesses, Ored had been heard muttering that Hanna’s mother had spelled him to fall in love with her daughter, but this accusation of sorcery seems to have been ignored by the court.Other witnesses came forward to further denigrate Hanna’s character – it was a well-known fact that she had bedded with other men than Ored.

A major issue was how to bury the bodies of the deceased. Hanna’s father wanted her buried in consecrated ground, but the court ruled this was out of the question, as she had “murdered” Anders (!) Besides, the girl was of doubtful character, and so both Hanna and Anders were buried outside the graveyard “without the normal rites”. That must have been devastating for the grieving parents.

And so ends this little drama, with one orphaned bastard child, two dead people and an incarcerated ex-lover. The local people considered Ored to have done the right thing – after all, what upright man would want to wed a slut?