We’ve spent Christmas out in the country – our first ever Christmas with just us and the surrounding forest. With the exception of the faint lights from the house on the opposite side of the lake, we have been utterly alone – well, as alone as one can be in a family of six plus a dog. 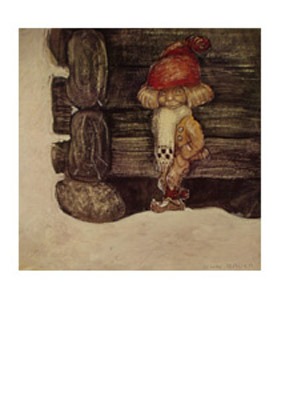 To my children’s amusement, I set out a dish of rice porridge “for the little ones” on Christmas Eve. This is an ancient tradition in Sweden, to feed the silent – and unseen – guardians of the house, the “tomte”. And here, where our barns are weathered things that have been around for three centuries or so, where the planks are clearly hand-hewn and the foundations consist of gigantic stone boulders, carefully set atop each other, I intend to take no chances. We need the goodwill of our “tomte”, and if all it takes is a plate of rice porridge, I’m game. The bowl was empty next morning – I say no more.

The house creaks in the winter night. It shifts and settles, an old house attempting to accommodate a new family. The present building has been around for a hundred years, but the farm as such has existed for close to four centuries. In the surrounding woods we happen upon ruins of other homes all the time, the old stone foundations covered with moss, the previously so well-tended fields given over to the encroaching woods. It’s sad, in a way, to see how easily nature reclaims former human habitations. But  it is also somehow comforting that life goes on, in one form or the other.

An old road traverses our yard, dips through a gap in the impressive stone walls, and peters out into an insignificant track a couple of hundred metres into the woods. But once it was a road that went all the way out on the nearby promontory (why, one wonders). There’s something about roads; from Bilbo in The Hobbit, to Dorothy in The Wizard of Oz, multiple literary characters have initiated their adventures by setting foot on a road. I suppose the same is valid for real people; a road is a promise of unknown tomorrows in strange lands, an irrisistible combination for most of us. Humans are, after all, nomads.

When I go walking through the forest – I like walking – I end up walking along yet another old road, the former main road in this part of the world, connecting these backwaters to the nearby city of Kristianstad, to faraway Malmö and then the world. (Weeellll) Here and there, the mile stones still stand, indicating the road was properly measured sometime back then, in the 17th century. What was once a well-tended thoroughfare that allowed for a brisk traffic in carts and horses is now mostly overgrown, the ancient wheel-ruts faintly visible as indentations in the ground.

I follow the road across fields and through groves, I stumble over the rocks that now litter it, clamber over fallen trees that lie across it. It hasn’t been used for generations – anyone can see that – and yet it is still there, a reminder of the people who walked this land long ago, of farmers that worried about their crops and their beasts, of women who lost babies to the measles, their men to the eternal Swedish-Danish wars, and still had to go on, soldier through yet another day,week, month to keep their families alive. 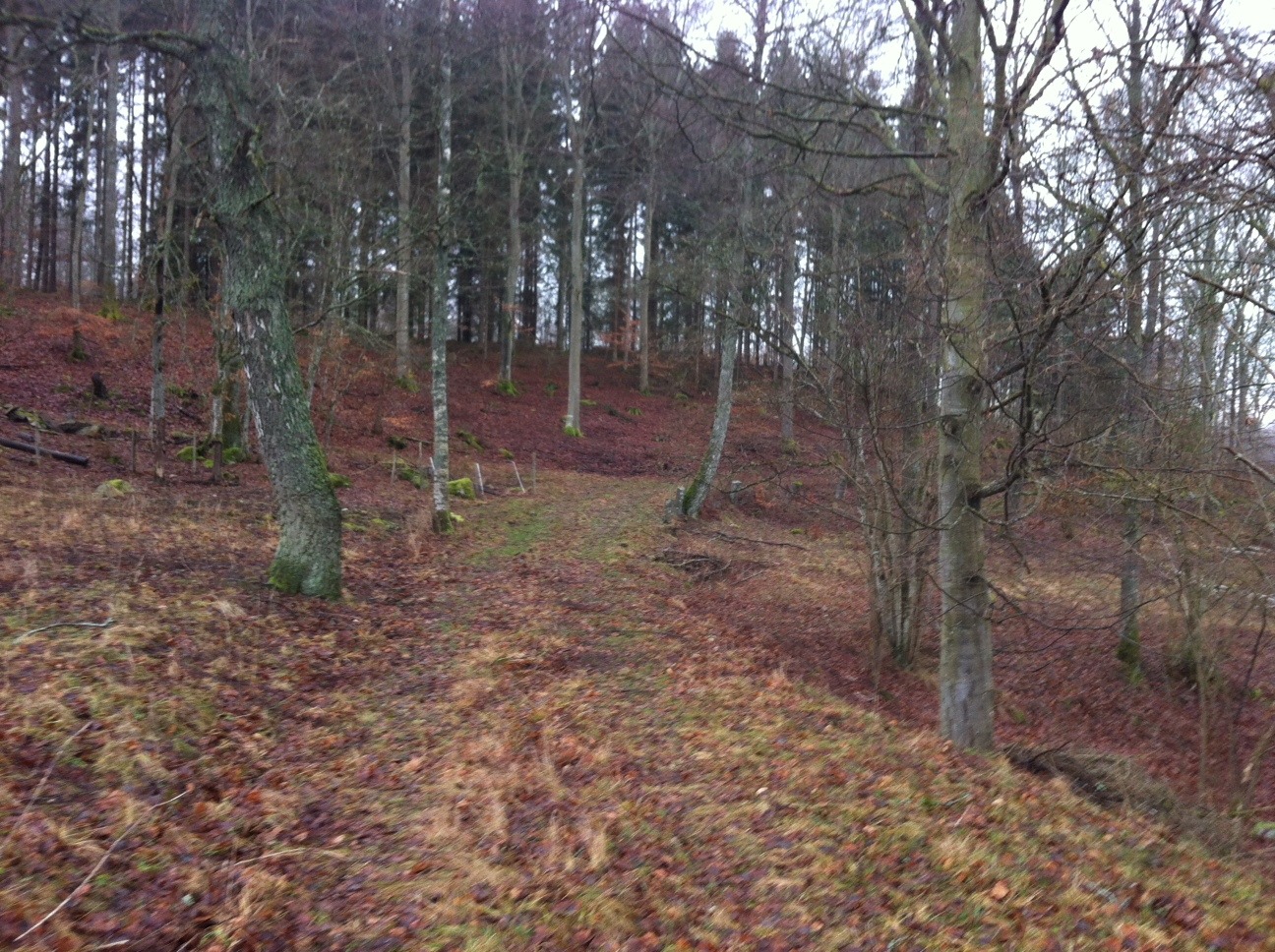 This was the road on which the Swedish troops came cantering, that spring in 1678 when they’d been ordered to evict every single person from their homes and torch the buildings, this in retribution of the area’s stubborn support of the Danish king. This was the road on which weeping women and children were carted due east, there to be forcibly exiled to the Baltic states. This was the road along which the fugitives from the Swedes ran, carrying what they could. (Although I guess they only ran along the road for short stretches, preferring to flit through the surrounding woods) This was the thumping artery of the surrounding countryside, transporting its produce to markets to be sold, returning with goods and trinkets to brighten the day of the hardworking farmers. This was the road to the future, the road young men and women of the 19th century walked as they set off to make themselves a new life in wonderful, beckoning America. 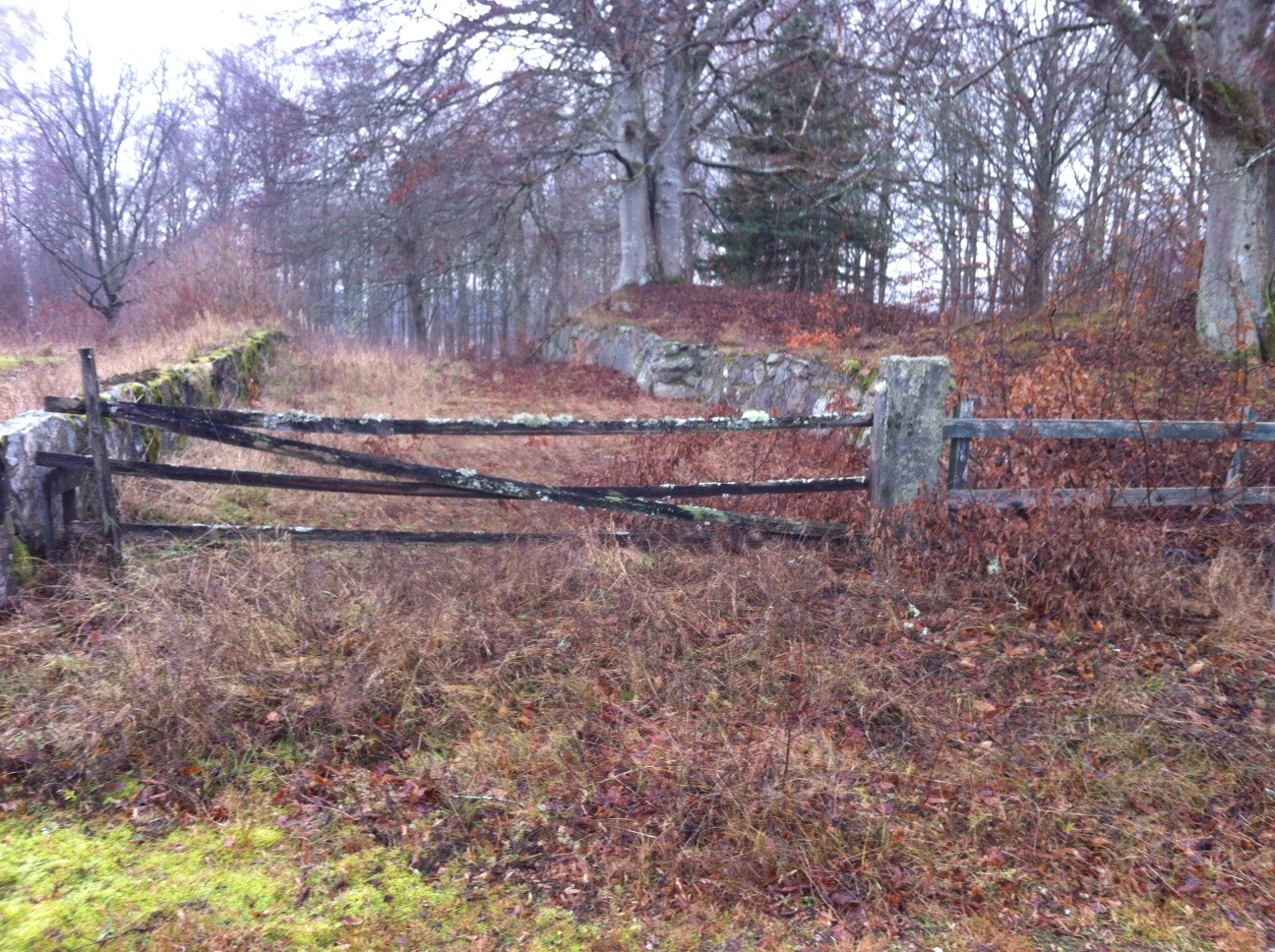 Now it is a road to the past. The gates that once swung open several times an hour to let the drovers and their carts through, remain closed. In fact, most of the gates have disappeared. It used to be the farmers who owned the land the road bisected, would set up gates and charge the wayfarers a penny to open it. That way the farmer made some money and had a vested interest in keeping the road passable. Today, no one cares. The old road meanders on, several hundred metres from the new road (which has been laid out across a drained bog. Our forebears would be mightily amused at the sheer idiocy of that…) and it is picturesque, not necessary, so why expend efforts on keeping it passable? 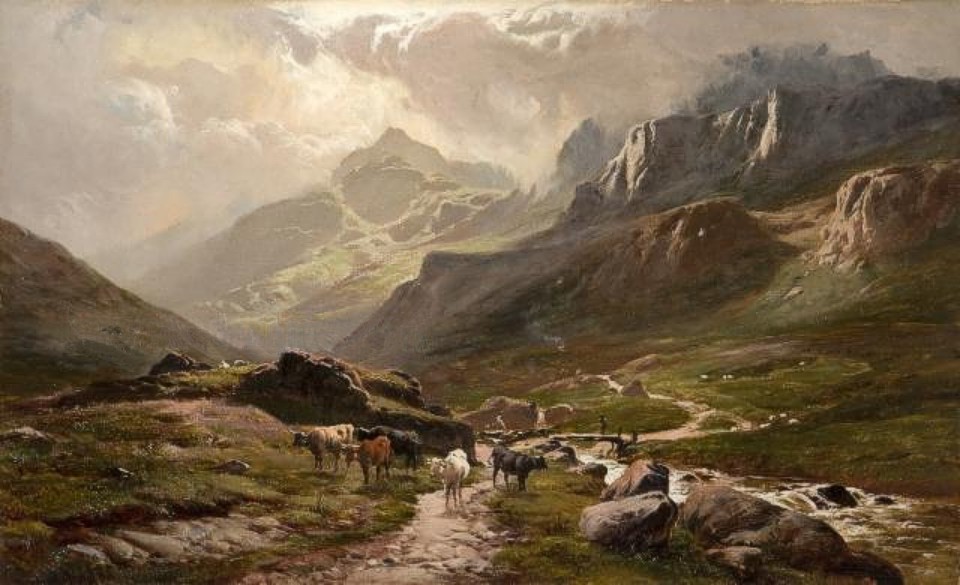 One day, the roads we drive on today may lie as unused as this one. A couple of hundred years along the line, saplings may sprout through the asphalt, and the tarmac will no longer be visible but in patches, overgrown as it is by grass and moss. Nature reclaiming its own, perhaps. There will be a new road for our descendants to drive on, while the more curious among them stroll down our disused road, wondering who we were and where we went using this sadly overgrown thoroughfare.

Maybe they will do like I do, stop for a moment and take in the silent landscape that surrounds them. On a foggy December day, the old road regains form and symmetry. An old trunk becomes a cart, the slender rowan transforms into a woman, carrying a squealing piglet on her shoulders. A stand of hazels becomes laughing boys, and a block of stone is a crouching man, holding his hands over a meagre fire. A horse neighs, dogs bark. The cart creaks, fowl squabble in their willow baskets. Someone whistles, a woman laughs. For an instant, I stand surrounded by these shades of the past, and then the fog lifts, a sunbeam lights a nearby shrub . and at my feet lies the remnants of an abandoned road. A road… I take one step, I take two. Who knows what adventures may lie waiting down the line?

2 thoughts on “The road under our feet”