I am very proud to be hosting Judith Arnopp on my blog today. A prolific writer, Judith has a fondness for depicting strong women throughout the ages. For more information about Judith and her books, please visit her website.

Anyway, today’s post is about that most fascinating of English kings, Henry VIII. Somehow, after reading this I view him in a slightly more sympathetic light, no matter how many wives he went through. Maybe you will too! So, Judith – take it away. 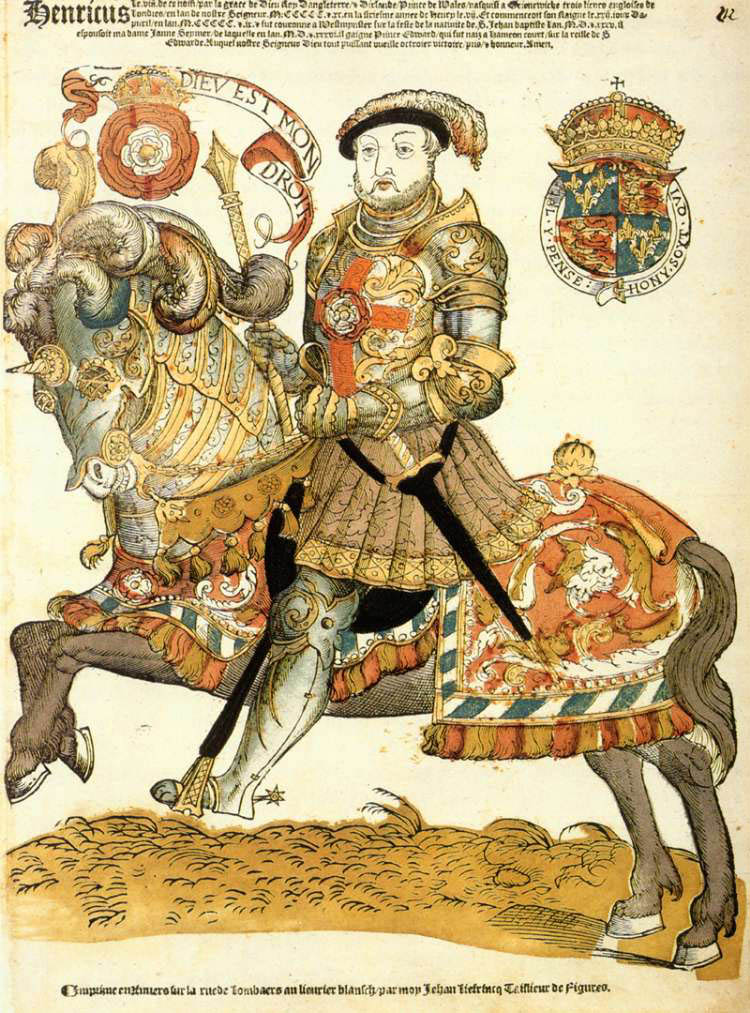 In my novel The Winchester Goose Henry VIII is a background character, his brooding presence affecting the lives of everyone around him, but when it came to writing The Kiss of the Concubine, a story of Anne Boleyn Henry had a more prominent role and I had to deepen my research and really think about how I wanted to portray him. We all think we know Henry quite well, but during the course of researching the novel I found to my surprise that he was emerging as not a bad fellow at all.
That can’t be right! I hear you cry, but in order to make Henry as authentic as possible I had to divorce myself from the knowledge of the man he later became. He was not always the despot we love to hate.
In The Kiss of the Concubine Henry is in his prime, in love with his wife and still has faith that his quest for an heir will end positively. His relationship with Anne passes from flirtation, to love, to courtship, to marriage and lastly into disillusion. The descending path of their relationship and the destruction of Henry’s chivalry is clearly detectable in the historical record, the question that needs to be answered is did he fall out of love with her, or was he pushed?

Prior to 1536, contemporary reports give no clue as to the embittered man Henry was to become. On his assumption to the throne, when his future stretched ahead in an unspotted landscape of grace and chivalry, he seemed the answer to the nation’s prayers. With the blood of both houses flowing through his veins, Henry himself personified an end to years of discord between York and Lancaster and the future in England looked bright.

Henry wasn’t born to rule, as the second son he was intended for the church but was thrust suddenly into the limelight by his brother Arthur’s sudden death. His father’s reign was beset by dissent and rebellion, ensuring that Henry learnt first-hand the insecure nature of the throne. He was now subjected to an abrupt and vigorous schooling in the art of kingship and the main lesson he learnt was the importance of sons, one was not enough.

Initially, on his accession, Henry stuck to his intentions. Married to his brother’s widow, Catherine, with a special dispensation from the Pope, the new king threw off the gloom of his predecessor and the royal court took on new light and colour. A lover of art and music, Henry embraced the new ideas from Europe and when his queen proved quickly fruitful, England looked set for a long and peaceful reign.
Bells rang out and wine flowed.
Things were looking good.

However, the first pregnancy ended in miscarriage. The second in 1511 produced a son, whom they named Henry, and great celebrations were held throughout the realm – the future seemed set until, at just a few weeks old, the boy died.
No one knows when Henry first began to have doubts about his choice of bride but we can be quite certain he never saw the failure to produce an heir as his own shortcoming. Catherine and Henry’s marriage lasted the longest of all; apparently content with one another, their only sorrow was that try as they may, they could only produce one daughter. And daughters were no use to Tudor kings.

After the birth of Princess Mary there were further miscarriages and still-births, and with each disappointment Catherine became wearier, she grew older and more defeated. Always pious, she looked for comfort in fervent prayer, while Henry turned to other women.
This period of disillusion coincided with the arrival of Thomas Cromwell whose determination to please his monarch stopped at nothing. It was Cromwell who, armoured with his desire for church reform, showed Henry the way to achieve his desires and allowed him to recognise the extent of his own power. It is around this time that the axe began to fall in earnest.
Henry was devoutly religious but in his quest for a male heir, and his pursuit of Anne Boleyn, he went so far as to dispense with the Pope, bringing down the wrath of Rome on his kingdom and the displeasure of Catholic Europe upon himself.
And still he did not get a son. 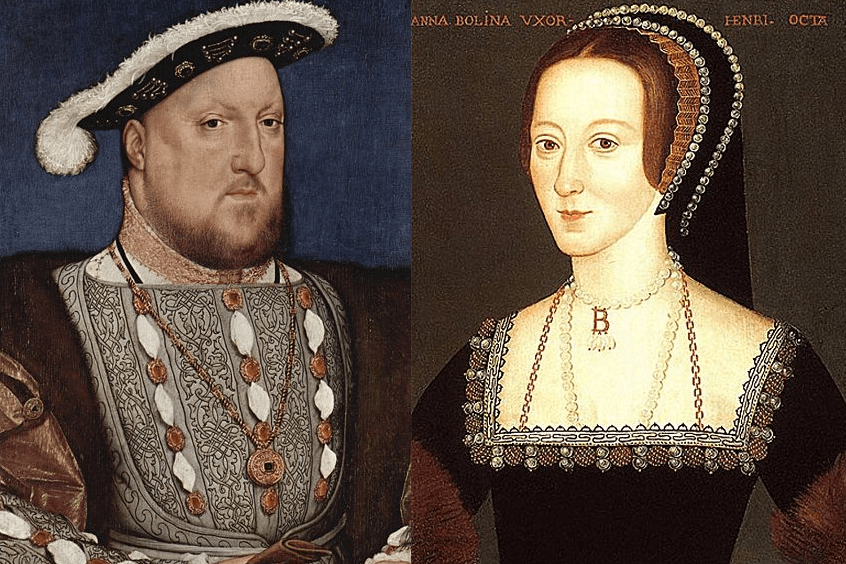 His quest to become Supreme Head of the Church in England and to impose the Act of Succession saw many of his dearest friends executed. There is no record of his feelings about this but his actions can only have been the result of disappointment, and a monumental sense of betrayal.

Even though he was aware that an heir was vital to prevent England from reverting to civil war, in his heart of hearts he cannot have justified killing his friends for the sake of a son. Or maybe he did manage to justify it, for shortly afterwards his quest led to the sacrifice of his wife, a woman he had pursued for seven years, and for whose sake he had severed ties with Rome and brought the church in England to its knees.
Shortly before Anne’s arrest, Henry fell from his horse and was unconscious for several hours, some reports suggest his life was despaired of. This accident, although it didn’t kill him, seems to have altered Henry’s personality. The injuries sustained put an end to his active life, his hunting days were largely over and his tremendous energy forced into other avenues.

No longer king of the joust, he became king of the feast, indulging in vast meals, and now that he was no longer active, his weight piled on, the ulcer in his leg refused to heal and his temper grew short. Disappointment can sour the best of us but Henry, in his position of power, was able to indulge that sense of disappointment, and rage against the dying of his youth and hopes.

By the end of 1536, the Renaissance Prince of 1509 was gone, and in his place was an increasingly frustrated lion, an ageing lion with very sharp claws. Henry had wanted to be remembered for his nobility, his Christian humanity but instead he became a monster. After his excommunication from Rome, when he made himself head of the church in England, it was downhill all the way.

Susannah Lipscomb in her book 1536: The Year that changed Henry VIII says, “By the end of 1536, over a few short months, he had experienced an unbelievable catalogue of loss – two lost son, two lost wives, the loss of his health and youth, and the loss of his sense of masculinity and honour. This was suffered in the midst of threats, which looked like betrayals – the judgement of his cousin Reginald Pole, and the sword of Damocles of the papal bull, prepared with the knowledge of his fellow monarchs.”

1536 saw the beginning of his spiral into despotism. The merry court of his youth turned into one of fear, and it was all for want of an heir. In producing just one son with his third wife, Jane Seymour, and two daughters of wavering legitimacy, he feared he was failing as a king. As age took a stronger hold, his suspicion and cynicism grew greater and each time he executed an old friend his self-hatred increased.

With each wife he dispatched, his self-loathing increased and, as time went on it was easier to look the other way and pretend it wasn’t happening. In failing in the fundamental laws of chivalry and kingship Henry, who had been searching for it all his life, never found love, and to the detriment of those closest to him, he never found happiness. The only ambition he realised was lasting fame and even that fame is grounded in ignominy. 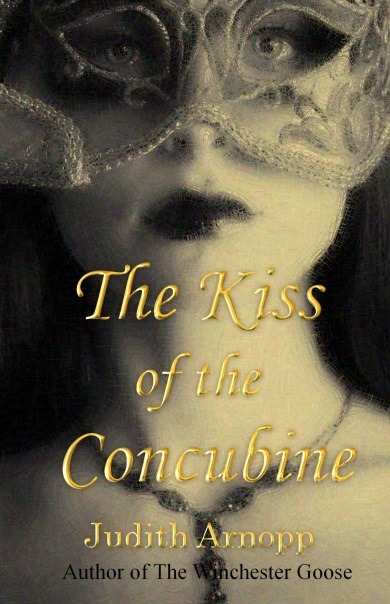 In my novel The Kiss of the Concubine I mark Henry VIII’s transition from hope to despair through the eyes of his most famous victim, Anne Boleyn. You can watch a trailer here:

The Kiss of the Concubine

28th January 1547. It is almost midnight and the cream of English nobility hold their breath as King Henry VIII prepares to face his God. As the royal physicians wring their hands and Archbishop Cranmer gallops through the frigid night, two dispossessed princesses pray for their father’s soul and a boy, soon to be king, snivels into his velvet sleeve.
Time slows, and dread settles around the royal bed, the candles dip and something stirs in the darkness … something, or someone, who has come to tell the king it is time to pay his dues.

The Kiss of the Concubine is the story of Anne Boleyn, second of Henry VIII’s queens.

The Kiss of the Concubine is available on Kindle now and in Paperback soon.

7 thoughts on “Of Concubines and kings”