When Francisco Pizarro set foot in Perú for the first time in 1527, he’d already heard of the gold, as had his companions. “Biru”, people called this faraway kingdom where gold was as common as the cork oaks in Pizarro’s native Extremadura, and over time “Biru” became “Perú”.

That first visit was more of a reconnaisance trip, an opportunity for Pizarro to get a feel for the land. A majestic country, the flat coastal lands rising into the magnificent Andes. I wonder if Pizarro was somewhat daunted at the sight of all those mountains – but hey, I forget; the man was from Extremadura, a Spanish province known to produce rugged men. Whatever the case, after some time Pizarro waved an “hasta la vista” to the Peruvian coast and returned to Panamá. 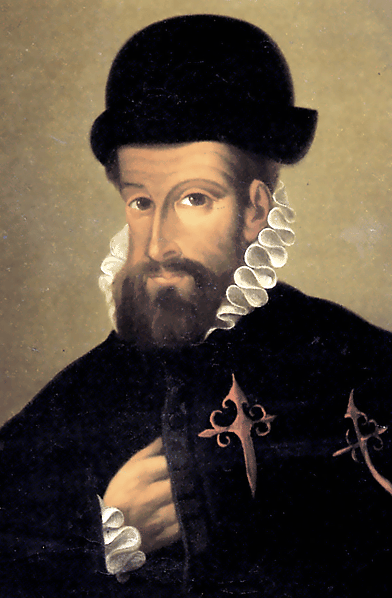 When Pizarro returned to Perú in 1531, he came with a royal blessing and the promise of becoming the governor of the new Spanish province Perú – assuming he succeeded in conquering it. Something of a tall order, given that Pizarro had less than 200 men, while the Inca empire had a standing army numbering well over a hundred thousand…

Gold is a powerful motivator – especially for battle-hardened men like Pizarro, men that had grown up in poverty, fought their way to some sort of basic prosperity but wanted more – much more. And Pizarro had ensured most of the men that came with him were men like him, men with little to lose and much to win.  But still; a mere two hundred men to overcome an empire. Quite a feat, whatever one might think about how Francisco went about it.

Pizarro was aided by a pinch – no, a fistful – of luck. At the time of his arrival, complete with horses and muskets, the Inca empire was in the throes of civil war, one half-brother ranged against the other. Huascar Capac had been crowned Sapa Inca (Inca emperor) upon the death of the brothers’ common father, but Atahualpa refused to submit, and his capable generals succeeded in defeating Huascar sometime mid-year 1532. Once Cuzco, the Inca capital, had been seized, Atahualpa made speed from the highlands round Quito where he’d been staying, accompanied by 80 000 men.

80 000 men… Try to picture that. And facing them, this cocky Pizarro guy, his seventy odd horses and his little troop of approximately 180 men. Obviously, Pizarro suffered from some sort of grave delusion combined with hubris when he decided to try and ambush the victorious Atahualpa. But plan it he did, and in Cajamarca, a little town some distance from Cuzco, Pizarro set his plan in motion. 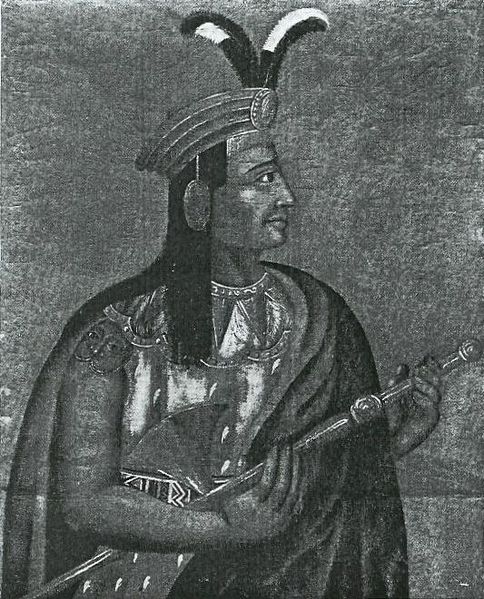 Francisco Pizarro may have been uneducated, borderline illiterate and something of a boor. But he was definitely not stupid, and the year he’d spent in Perú had been gainfully employed in learning everything he could about his foes. And so Pizarro knew that the Inca empire had one major flaw: it was too centralised. The Sapa Inca – and only the Sapa Inca – took all relevant decisions, supported by a puppet council. And while Pizarro may not have been sufficiently familiar with classical Greek literature to make the likeness to the hydra – chop off its head if you want to kill it – he quickly grasped that if he controlled Atahualpa, he controlled the entire empire. Unlike a hydra, the Inca empire would not grow new heads easily – at least not while the present Sapa Inca remained alive.

After days of hurried marches, Atahualpa had set up camp just outside of Cajamarca, there to enjoy the hot springs. The Sapa Inca was curious about these bearded strangers – and about the beasts and weapons they brought with them. His nobles made disparaging comments as to the Spaniards capacity to inflict any damage, but just in case two were dispatched to study the horses and muskets prior to allowing the Spaniards to meet their emperor. Pizarro and his companions played the wide-eyed buffoons – large men out of their depth in an unfamiliar terrain and oh, so eager to pay their respects to Atahualpa. Some dithering back and forth, and Atahualpa decided to meet the Spanish in Cajamarca.

The town at the time was deserted – except for the Spanish. Atahualpa was carried into the town in a litter carried by eighty of his lords (how that worked practically I’m not sure. But it must have been quite impressive to see) and was escorted by five or six thousand unarmed soldiers – a show of splendour. The Spanish hid in the buildings surrounding the main square, and when Atahualpa arrived he was met by the Spanish priest and the interpreter. Valverde, the priest, spoke about the Catholic religion. Atahualpa probably suppressed a yawn before demanding where the Spanish leader was – he wanted compensation for all the stuff the Spanish had been stealing since they landed. The priest tried to redirect the conversation to God and handed the Inca a breviary. The Inca looked at it, shrugged, and threw it to the ground. Upon which the Spanish attacked, erupting out of the surrounding buildings like fiends from hell. Later on, the fact that Atahualpa threw the breviary to the ground would be cited as the reason behind the Spanish attack – so incensed were they by this insult to their religion. Hmm. Double hmm. Those conquistadores don’t exactly strike me as pious men…

Pizarro led the charge that captured Atahualpa – after more or less chopping through the eighty men surrounding their emperor. At the end of the skirmish, hundreds of Indians were dead. Not one single Spaniard was harmed, and Atahualpa was now Pizarro’s captive. In one fell swoop, Pizarro’s audacity had decapitated the Inca empire.

Did Pizarro say “gotcha!” once he had the a firm grip on the younger man? Did Atahualpa put up a fight? Not that the Sapa Inca would be much of a challenge for a man used to grabbing what he wanted – besides, Pizarro was a fighting man through and through. Did Atahualpa understand just how definitely his capture would seal the fate of his empire? Or did he assume his armies would save him? If so, he thought wrong. Next morning the Spaniards looted the abandoned Inca camp at leisure, finding it devoid of soldiers. They had all fled, frightened of these hairy foreigners in their metal clothes and with weapons that spewed fire.

Once Atahualpa understood he wasn’t about to be rescued any time soon, he tried everything to buy himself time. He gave Pizarro his favourite sister as his wife –  Little Quispe Sisa (baptised Ines) was fourteen, Pizarro was close to sixty. As he’d realised that these foreigners coveted one thing over all other, Atahualpa offered to fill a small house with gold, anything to remain alive. At the Inca’s command, his subjects came from all over the empire to lay down silver and gold at his feet – or rather Pizarro’s feet. The little warehouse was soon filled to the brim, more gold and silver than the Spaniards had  ever dreamed of.

Unfortunately for Atahualpa, he remained a rallying point for the Inca resistance. Pizarro became convinced the Sapa Inca was a liability rather than an asset and once the “ransom room” had been adequately filled with gold, there was really no point in keeping him alive anyway. To their credit, several of Pizarro’s companions, among them Pizarro’s far more decent brother, Hernando, protested. Atahualpa was a king – yes, a captured king, but still a king – and should be treated with some sort of basic respect, which included keeping him alive. Pizarro waved away their protests and presided over a mock trial at which Atahualpa was accused of murdering his brother, the true Sapa Inca, and of rising in rebellion against Spain.

When verdict was pronounced, Atahualpa was shocked. He was condemned to be burned at the stake, which, according to his faith, effectively killed his chances of making it to the afterlife. This is when Valverde, the Spanish priest stepped in, offering a solution to this little dilemma. If Atahualpa agreed to baptise himself a Catholic, the verdict would be commuted. Phew, one might think, Atahualpa would be allowed some sort of restricted life on a hilltop somewhere. But no, dear reader, not commuted that much. What Atahualpa got in exchange for accepting the Christian faith was the right to choose how to die. The man chose to be garrotted, which, I suppose, beats burning to death – but not by much.

Once Atahualpa was dead, his younger brother Manco Capac continued to lead some sort of resistance against the Spanish. It was a futile effort. Spain had sunk its claws into the valuable soils of Perú, and had no intention of letting it go. Ever. Ultimately, of course, Spain had to relinquish Perú – but that wouldn’t happen until 1821 when José de San Martín declared Perú independent.

7 thoughts on “When greed meets gold – of Pizarro and Atahualpa”