Having children is a good way of expanding your knowledge – sometimes into areas you never thought you were interested in. I guess most parents have suffered Dinosauritis in one degree or other, and even if giant reptiles are not my cup of tea, it is difficult not to be swept along when an enthusiastic five year old tugs at your hand and more or less howls with glee when we visit the dinosaur exhibits in the Museum of Natural History. After three boys I knew a lot about Velociraptors and Allosaurus and Tyrannosaurus Rex and Spinosaurus and… yes, there’s a pattern here; little boys couldn’t care less about the herbivores, it’s the meat-eaters that catch their interest.

Along the way, we’ve had endless discussions about why the dinosaurs became extinct, the development of the world’s continents and if we would survive standing face to face with a T-Rex. According to middle son(at the tender age of six) the T- Rex was no big deal; no, it was the Velociraptor that would get us and tear us into edible morsels. Which is when spoil sport mother (me) interjected that we really didn’t need to worry, as all dinosaurs were extinct anyway. Middle son’s face fell; he glowered at me before informing me – rather haughtily – that the dinosaurs were still around, in alarmingly high numbers. “Birds,” he said, “they’re descendants of the dinosaurs.” Hmm. Excuse me for not fainting in fear when confronted with a sparrow… 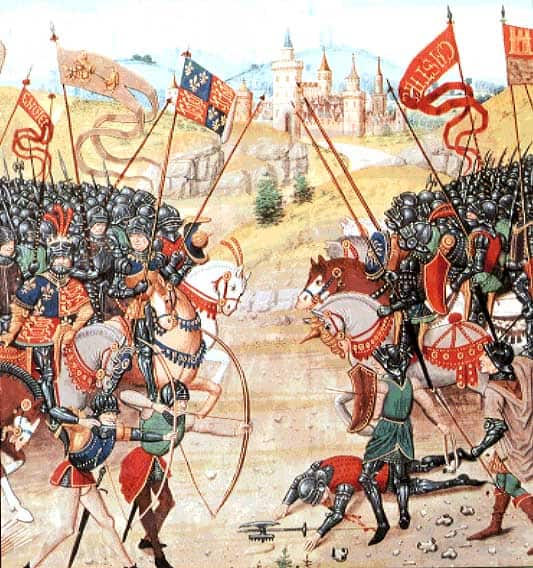 After the dinosaurs came – to my delight – the fascination with knights and medieaval life in general. This is where I came into my own, and my boys had the most extensive collection of home made helmets (I do FANTASTIC helmets, complete with visors and plumes), swords, shields, capes and whatnot. We played complex games in the garden, we discussed Saladin and Richard Lionheart, the Knights Templar and the best way to kill a man in full armour (armpit). The boys made their own bows and arrows, and as I was fortunate enough to grow up with a mother who never interfered in my childish games, I let them run wild. With consequences, one might say…

“Mamma?” Eldest son scraped his foot on the floor.
“Yeah?” I threw him a look over my shoulder and smiled. “In already? You just went outside.”
“Emm…” said eldest son, doing his foot thing again.
“What?” I said, alerted by the way he held his head. This boy had been a mite unlucky when it came to his siblings, his boisterous but affectionate games resulting in dislocated shoulders, sprained elbows and a collection of bruises – on them, not him.
“Well, I…”
“We were playing,” middle son put in. “He didn’t mean to. It was mostly my fault, because I moved into the way.”
“You moved into the way?”
Middle son nodded vigorously. “But I pulled it out – except I couldn’t get it all out.”
“Pulled what out?” I more or less leapt towards him.
“The arrow,” said middle son, tilting his face so I could see his eyes.
“The arrow?”
“I didn’t mean to,” said eldest son, looking devastated.
“It’s okay,” said middle son, patting his brother’s arm. I looked into his eye. The iris was decorated with several wooden splinters. Without stopping to think overmuch I pulled them out.
“There,” I said with a bright smile. “All done.”
Not quite. Middle son was operated two days later to get the remaining specks of wood out…

After the Middle Ages came the Roman Empire (backwards, I know) and then we had a number of years where it was all about Djingis Khan – or The Lord of the Rings. We’ve had summers spent on our back as we’ve studied the stars, we’ve discussed the universe and God and the inevitable end of things as we know them. (“But not yet, Mamma,” said middle son, “not until you and I are very dead, like in a million years or so.” Upon which only daughter burst into tears because she didn’t want things to end – no matter if it was a million years from now…)

The thing about children is that their intellectual forays are never linear. They don’t go from 1 to 2, sometimes they start at 3, jump to 17 and then return to 1. They watch a TV show about diamonds, mull it over for some days, and chances are you’ll find them in the garage, balancing bricks on a piece of coal. Why? To check if it’s true, that coal becomes diamond if enough pressure is brought to bear. As a side-effect, they also learn that bricks have to be stacked carefully not to fall, and that coal leaves nasty, dark stains on your white T-shirt.

“How do I know you’re my mother?” one child once asked me.
“Because I am,” I replied.
“Says you,” the child said.
“Why, you don’t believe me?”
The child did a rather elegant shrug. “I guess. But how do I know?”
“Because I know you’re mine,” I said. I didn’t feel like going into DNA and all that. Next day, the child returned from school looking triumphant.
“Now I know,” it said.
“Know what?”
“That you’re my mother.”
“You do? Well, that’s a relief.”
“It’s because of the earlobes,” the child said.
“The earlobes?” My fingers went to my ears. I don’t have any earlobes to talk of, while the child in question does.
“Yeah, mine are like dad’s, so that makes you my mother.”
I decided not to point out the weakness in that line of reasoning…

Children are good at priorities. Not the priorities we want them to have, because small kids rarely see the need to pick up their clothes (Why? They’re going to put them back on the next day) or their toys. And why is it so important to eat the carrots when the french fries taste so much better? Why is sugar not good for them? Why must they go to bed so early? Why, why, why… They don’t understand why I get so upset when they leave their muddy boots in the hallway – would I prefer for them to keep them on indoors? And how were they to know they couldn’t swim? After all, as an aggrieved, very wet son told me, puppies know how to swim without having to learn. I was still trying to get my heart under control after my life saving operation…

Nowadays my children are mostly adults. But they still challenge me on a daily basis, keeping me alert and on my toes. It used to be I taught them things. these days it is them teaching me… Hang on; maybe that’s the way it’s been all along – maybe it’s them that have fostered my growth rather than the other way around.

So here’s to my kids for loving me and making me laugh, for driving me to the edge of despair and beyond – and still making me laugh. For all the times when you’ve cuddled up close and told me you loved me, for all the bear hugs you give me now, when all of you over-top me. I look at you and burst with pride. And hey, you still make me laugh!

1 thought on “Of dinosaurs and arrows – a reminiscence.”