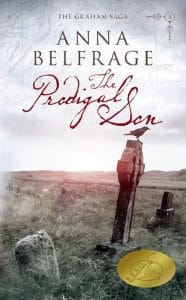 Being a staunch member of the Scottish Kirk was not easy in the decades following upon the restoration of Charles II. While Charles himself seems to have done his utmost to retain a neutral approach to religion – growing up in the shadow of the religious conflicts that fanned the fires of the Civil War and ultimately lead to his father’s death must have had a profound and disturbing effect on him – the same cannot be said about his ministers and counsellors, many of whom were very anxious to once and for all stamp out all those fervent religious factions that could be considered a threat to His Majesty’s somewhat tenuous hold on his Restored Kingdom.

Scotland was home to one such “fervent faction” – the Scottish Reformed Kirk had for the last century or so been a hotbed of religious fervour, and it was very much due to the Scottish Kirk and its refusal to accept Charles I’s Book of Common Prayer that the conflicts of the previous reign escalated as they did. From loud protests and the throwing of stools, the Scottish people, led by their Kirk (and quite the showing of Scottish nobles) went on to draft the National Covenant in which it was clearly stated that a king that did not uphold the true Kirk was not a true king, ergo his subjects were not obliged to be loyal to him.

A teenaged Charles made it to Scotland, made the required oaths as to upholding the Scottish Kirk, was duly crowned and paraded around by the Presbyterian powers that were – not an experience he much liked. After a disastrous campaign to reclaim his English kingdom, Charles II was forced to flee to the continent, there to kick his heels for a decade or so before he was finally restored. Cromwell spent a couple of years grinding the Scots to submission, but the Kirk flourished – after all, England and Scotland shared a common view on religion during the Commonwealth as expressed by the Westminster Confession of Faith.

The Westminster Confession of Faith was drafted in 1646 and essentially implemented Presbyterianism in England (One- nil to the Scottish Kirk, one could say). After the Restoration, a new, mostly Anglican Parliament would push through the Act of Uniformity in 1662, and voilà, the tables were turned as it now became illegal to profess any faith not conforming to the Church of England – in Scotland as well as in England.

Nearly two thousand ministers were ejected from their livings as a consequence of the Act of Uniformity. In Scotland, the devout members of the Scottish Kirk refused to kow-tow to the “papist” Church of England, and so the scene was set for years of religious persecution, with hundreds of people being executed, deported or imprisoned just for holding on to their faith. (Should you ever be in Edinburgh, I recommend a visit to the Covenanter’s Prison in Greyfriar’s kirkyard – quite the evocative and haunting experience. )

In The Prodigal Son, Matthew Graham is one of those stubborn Scots who hold on to their faith, no matter what. Principal among the men Matthew admires and aids – at times at great risk to himself and his family – is Alexander Peden. After having spent a number of years in close proximity with Alexander – Sandy to his friends – I remain ambivalent to this charismatic man who went by the nickname of Prophet Peden and led the English soldiers a merry dance over the moors of his beloved Ayrshire for close to a decade. While there are various aspects that I like, foremost his engaging way of describing his God and his rather dry wit, he does come across as something of a fanatic – but that may of course be due to the three centuries and more that separate us. If I’m ambivalent, let me tell you Alex Graham is even more so, blaming Sandy for repeatedly dragging her Matthew into potential danger.

In difference to Matthew and Alex, Sandy Peden is a real person who was born in 1626 and educated at Glasgow University. In 1662 he was ejected from his parish New Luce, and from that moment on he spent the rest of his life as a religious rebel, holding secret meetings out in the moss. Loudly he protested against the Church of England, his sermons fortified his ever growing flock of die-hard Presbyterians, and despite not being allowed to, he continued to baptise children, to wed and bury as needed. The powers that were searched high and low for him, but Sandy had a canny ability to blend into the landscape. He took to wearing a mask and wig to further confuse his pursuers (the mask is still in existence at The National Museum of Scotland) and it is said that on several occasions he evaded capture by praying to God for deliverance – which God duly supplied through the opportune appearance of a thick fog, or driving rain, or clouds to cover the moon.

After more than 10 years on the run, Sandy was captured in 1673 and spent the coming five years on the Bass Rock. After this he was deported to America, and together with 60 others he was set aboard a ship to London where they were to be transferred to another, larger vessel. However, the captain of this vessel was incensed when Sandy informed him as to why they were being deported, and so he released them, leaving them on the London docks. Sandy and his companions made their way home, and for the remaining years of his life, Sandy divided his time between Scotland and Ireland, always on the run, always holding to his faith and preaching the word of God as he knew it.

Alexander Peden died in 1685 – in his bed, as he’d prophesised. Upon hearing he was dead, a company of soldiers chose to disinter his body, having the intention of hanging his corpse from the gallows in Cumnock. There were loud rumblings among the people, and the Earl of Dumfries objected to the proposed spectacle, so instead Sandy was reburied at the foot of the gallows. In due course, an impressive monument was erected over Prophet Peden’s final resting place. Personally, I think he wouldn’t be all that impressed; Sandy never wanted a monument – all he wanted was the freedom to praise God according to his beliefs.

A few decades after the events described in The Prodigal Son, some sort of religious freedom was established in England and Scotland. But in the intervening period things would be tough for anyone not a member of the Church of England – and especially for those recalcitrant Scots who clung to the faith of their fathers, no matter what. Matthew Graham was one of those who clung. To not do so was to risk his soul and chance at life everlasting. To do so was to risk his family and life. Not the easiest of choices – not then, not now.