Over the recent weeks, I have been nominated THREE times for the Lovely Blog Award. Needless to say, I am both proud and grateful – and quite relieved that I didn’t post this upon receiving the first nomination, as that would have forced me to reveal far more than seven interesting facts about myself. I was nominated by three ladies with very different blogs of their own:

Jude Knight is a New Zealander with a no-nonsense approach to writing (well, she has thirty years of professional writing to fall back on) and a passion for regency romances. Good combo, that.

Maria Grace is the author of several Jane Austen inspired books and is a veritable dictionary on all things early 19th century. She is also a most generous person in that she week after week presents the world with a smorgasbord of historical posts – by others than herself – on her lovely blog Random Bits of Fascination

Awards come with rules. This particular award requites that the nominee should

a) link back to those that nominated him/her (DONE)
b) post The Lovely Blog Award logo (let your eyes slide to the left, ergo DONE)
c) share seven interesting facts about themselves
d) nominate a further 15 bloggers.

Given my professionally ingrained structure, I suggest we do things in order, so let us start with those seven interesting facts about me: 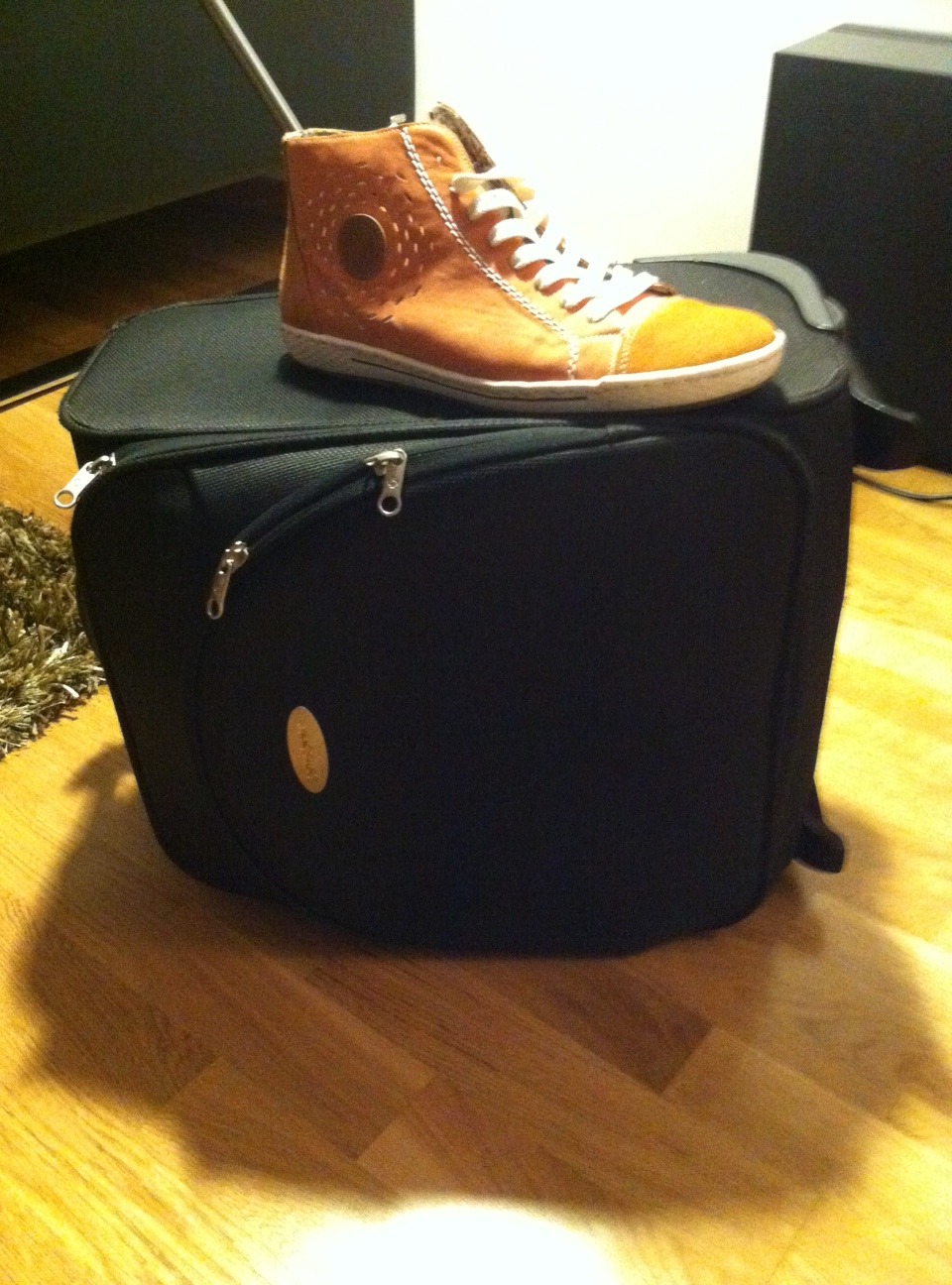 1. I am probably one of the best packers in the world. See attached pic of my luggage during my recent one week trip to Asia, and keep in mind that teensy bag included not only my clothes but also my winter jacket and my workout clothes and shoes. And a thermos (let’s not get into why) And yes, I did change clothes every day…

2. I suffer from “dentist-phobia”. I go into a cold sweat several days before my scheduled appointments and emerge every time totally surprised because it wasn’t as bad as I feared. This positive feeling is entirely forgotten by the time I am called for my next appointment. My dentist is a wonderful person who deals with my anxiety by telling me little amusing anecdotes or by distracting me by asking my opinion about the political situation in South America while he is drilling. Leaves me more frustrated by the fact that I can’t answer (due to his drilling) than scared of the drill, so obviously his diversion tactics work. 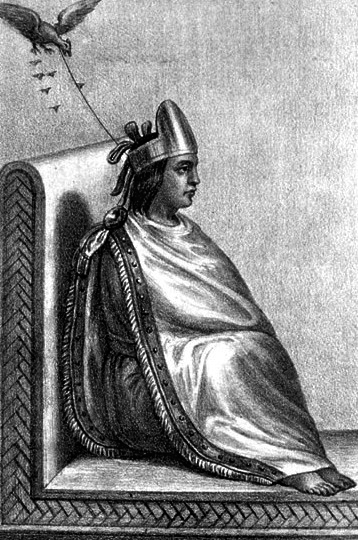 3. I am a history nerd. Not sure where I get it from, as neither my father nor my mother were that into history. Whatever the case, I am seriously addicted to history, and I have passed the bug on to my kids, so much so that I am seriously worried one of them is considering naming his future child Guatemoc after one of the last Aztec rulers. He does at times consider El Cid instead – much better choice, as per me.

4. I was once nominated for the Venezuela softball team (short-stop) I was over the moon, but was brought back to harsh reality by my father’s gentle reminder that I was Swedish and therefore not qualified to represent Venezuela (And boy was there a major blow-up when the coach tried to convince my father that nationalities were a minor issue…) These days, I have resigned myself to seeing my athletic career go up in smoke – but now and then I dream of doing something so as to clamber atop the the top spot on the pedestal and cry my eyes out as I sing along with our national anthem, my hand clutched round the gold medal. Makes my kids roll about in hysterical fits of laughter…

5. I am the CEO of a multinational group – a challenging and rewarding job that teaches me something new every day. Recently I learned that housing in China is measured in “pin” which is approximately 3.3 square metres. Otherwise, after 25 years in the world of business I guess my general conclusion is that no matter the company, no matter its size, the problems faced are always the same and the proposed solutions to these problems are also surprisingly similar. Thing is, not always does the proposed solution work, and when it doesn’t, it is often due to those unpredictable quantities called “the company’s most valued resource” i.e. the people. It never does to underestimate the intelligence of the employees or to overestimate their willingness to change. 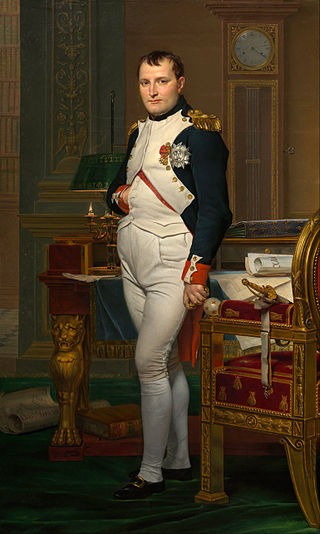 6. I don’t sleep much – consequence of the above and my wonderful and creative side-line as a writer. I would say I invest at least 30 hours per week on my writing, 50-60 on my work, and the rest is mostly spent on my husband – well, not in the literal sense, as that would leave him quite squashed. When I do get tired – and I do – I strike a pose before my mirror, tuck one hand into my shirt front and think of Napoleon, who apparently said: “Six hours sleep is sufficient for a man, seven for a woman. Anything more is for the inept.” Doesn’t always help… 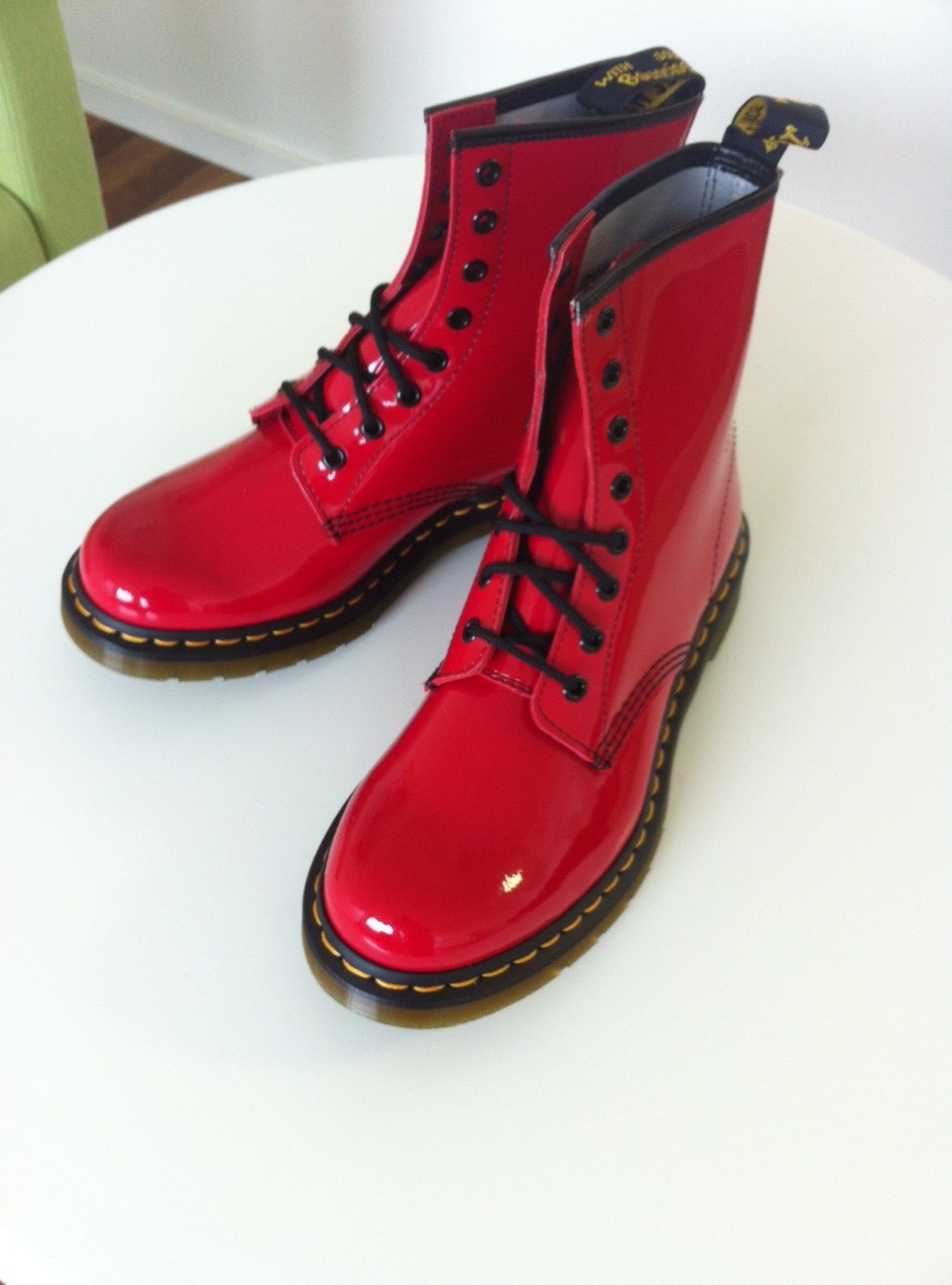 7. I am a boot maniac. Clunky boots, the kind of boots that go well with that old song “these boots were made for walking and that’s just what they’ll do. One of these days these boots are gonna walk all over you…” What can I say? I’m a woman working in a very male-dominated environment. Now and then I need props.

And now to my nominated blogs:

The first blog I ever started following was Wee Scoops. I remain a fan and am more than happy to see posts coming in at a heady pace at present.

I follow a couple of poetry blogs. The nice thing with these blogs are that the posts, in difference to mine, are nice and sort. Sometimes one needs nice and short which is why Black and Write is on my list.

Other blogs I enjoy:
Prue Batten – awesome writer whose books about a very different Guy of Gisbourne I have very much enjoyed (even if at times I’ve been a teensy, weensy bit annoyed with this introspective man). The lady has various interests, including crewel sewing and miniature books,  and accordingly her posts are always very entertaining – plus her blog is truly beautiful..
David William Wilkin – a gentleman who knows everything there is to know about Regency dances, and writes Regency romance with an eye for historical accuracy in everything. David knows his period in and out!
Regina Jeffers – I just love Regina’s series “A touch of…” and her historical posts are impressively well-researched. I recall a particularly detailed one about gibbets.
Lori Crane –  is a globetrotter, a musician/singer and the author of a number of polished books set in 19th century and early 20th century in the American South.
Alison Morton – fun, precise and very knowledgeable, this lady delivers posts about a lot of stuff, but quite often with a Roman touch.
Helen Hollick – seriously, a blog named Let us Talk of Many Things: of Books and Queens and Pirates, of History and Kings… says it all. Helen has a penchant for pirates, and I have a penchant for Helen (and her pirate).
Barbara Gaskell Denvil – a lady after my own heart, with a passion for history that sort of leaks off the page (or screen). She doesn’t post all that often, but when she does it is generally impeccably erudite. And as to her books – all I can say is “aaah”, and sigh happily.
Kim Rendfeld – excellent posts about early medieval Europe, and she complements this with a lovely series of scientific guest posts by her father.
Linda Root – beyond any doubt one of the most knowledgeable persons around if you’re into 16th and early 17th century Scotland. Plus she writes in a way that has me laughing out loud.
An Alaskan FB friend of mine, Lisl Zlitni has a beautiful blog with the beautiful name Before the Second Sleep
And then there’s the brand new blog started by Kathryn Gauci To judge from her beautiful cover (and her good taste in roses) this will be a lovely blog.
I just have to nominate The Review – a lot of people work hard to create a blog that showcases good books. And then there’s Book Heathen, whose recent post about the legend of Su-asti was so beautiful I just had to share it.
And finally, there is Katafalk – because I am entranced by the clothes she creates!

11 thoughts on “A Lovely Blog Award”