Sometimes you stumble over facts that pique your curiosity. This is what happened to me when I was researching the background for my book Like Chaff in the Wind. As most of the book is set in the Colony of Virginia, I read extensively about colonial life in Jamestown, spending many happy hours expanding my knowledge. To write – or read – about Jamestown in the seventeenth century without mentioning Sir William Berkeley is more or less impossible, and so one of my cameo characters was born. 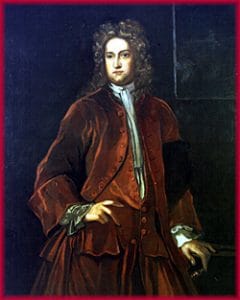 William Berkeley is the longest serving Governor in Virginia history – an impressive thirty years of service – a complex character that alternated moments of great insight with others of sheer pig-headedness. Born into the landed gentry in Somerset, he received a thorough education and graduated from Oxford at the age of twenty with a B.A. Some years later he received a position at court, where he became a member of “the wits”, a group of literary young men who entertained the court. William penned a number of plays, one of which was performed in the presence of Charles I and his wife Henriette Marie. Major honour, no doubt… but I’m not sure his plays have withstood the tooth of time.

The political situation in England and Scotland was unstable, and when Charles I decided to impose the Book of Common Prayer on the Scots, things turned nasty. William was called to serve as a soldier, and spent a number of years in Scotland, participating in the Bishops’ Wars. Not an experience William much liked, (but he must have done something right as his efforts earned him a knighthood) and when an opportunity came up to buy the governorship in Virginia he did just that, arriving in Jamestown in 1642.

I think it was love at first sight. From the moment William set foot in Virginia, it seems to me he pulled up his roots and transplanted them in the fertile soil of the colony. There were probably a number of reasons why William so took to colonial life, but I would bet the main reason is spelled P-O-W-E-R. At a distance of eight weeks from London, William could set about building his fiefdom just as he wanted it, and being an educated man who’d spent a number of years working within the administration of the Royal Court, I am sure he was bursting with ideas as to what to change. 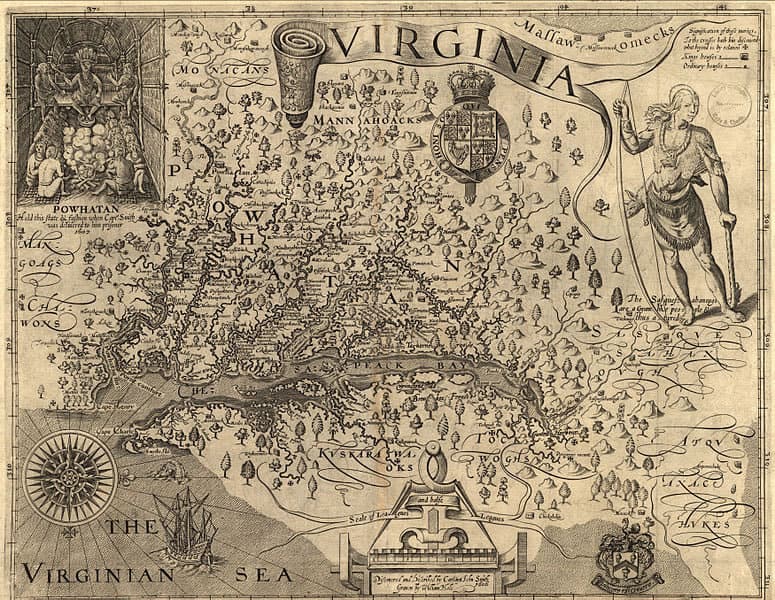 William quickly concluded that Virginia was far too dependent on tobacco, and as an example he set about diversifying the crops at his own plantation, Green Spring. Not that it made much impression on his fellow planters who preferred to cultivate a cash-crop like tobacco to such fripperies as lemons and oranges, mulberry trees and rape. Repeatedly during his long tenure, William would try to wean the colony away from tobacco – with no success whatsoever, as in this matter the planters and the distant English government were in total agreement; the planters wanted to make money, the Government wanted to tax them on it.

In 1642, William opposed the revival of the Virginia Company of London – this would have made his own position precarious. The following year he showed considerable political flair when he decided to share his powers with the General Assembly (a colonial parliament –  mostly made up of William’s peers), thereby strengthening the concept of local rule within the colony. This was a small, but important step towards future autonomy.

He also succeeded in pacifying the Powhatan, all the while balancing elegantly between the different political factions in the colony. England was on the brink of Civil War, and Virginia had its fair share of conflicts between parliamentarians and royalists.  William himself never had any doubts as to where his loyalties lay. He was the king’s man, through and through, and once the parliamentarian forces had won the war “back home”, William opened the colony to royalist refugees. In 1652 he was forced to resign, but eight years later he was back as governor.

So far, William is quite the paragon of virtues, isn’t he? Foresighted, well-educated, brave and loyal – quite the example! Unfortunately, there were darker sides to William’s character. In religious matters he was a bigot, showing open hostility towards all those not belonging to the Anglican Church. Of course, in William’s case Puritans were not only religious adversaries, but also political foes, and it seems he had problems distinguishing between the issues of faith and politics. Puritans and Quakers found it best to leave Virginia, many of them moving to Maryland instead. Papists did best in keeping their religious beliefs private, and any priest not belonging to the Anglican Church who was found proselyting in Virginia risked severe punishment.

William was also something of an elitist. He was against public education, as this would only lead to the children of lesser men being educated well above their standing in society. No, in William’s book equality was great – as long as it was restricted to the landed gentry and above.

One of William’s more interesting quirks was his strong opposition to printing presses. They were forbidden in Virginia, and printers did best not to attempt to circumvent the prohibition, as it might result in them being hounded out of the state. Given William’s love of books and literature, this seems rather strange, but to William the presses were dangerous implements that could be used to produce inflammatory pamphlets, and such he most definitely did not want circulated in “his” colony. Still, for a man so focused on progress, his opposition to education and printing is strange.

Like most of us, William was a fascinating, walking contradiction, combining a modern approach to such concepts as governance, trade and agriculture with less attractive biases when it comes to religion and class. Not all that surprising, as William was a product of his times, living in a society where certain barriers such as class, gender and religious beliefs were difficult – impossible at times – to breach.

William ended his days under a cloud. With advancing age, he became more authoritarian and his brutal reprisals in the wake of Bacon’s rebellion caused the king to replace him. In January of 1677 William left Virginia, bound for London where he aimed to clear his name. In July of the same year he died in his brother’s house in London. I dare say his soul lies restless under his tombstone in Twickenham. William Berkeley may have been born an Englishman, but he died a Virginian, and had he been allowed to choose, that is where he’d have wanted to be buried.

Today, William Berkeley beloved Green Spring is a ruin. In spring, the ground is covered by flowering daffodils, a sea of transplanted yellow flowers (daffodils are not natural to the American flora) that can be seen as a commemoration of the Englishman who became an American. I think William would have been pleased – even if he’d grumble a bit about the land lying unproductive.