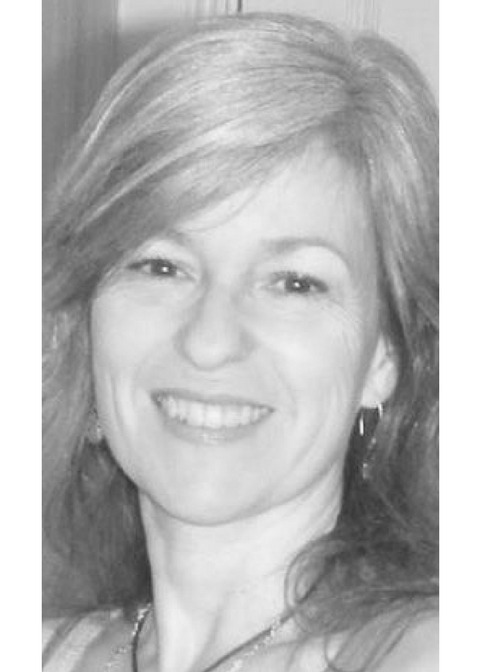 Today, I have invited Annie Whitehead over. Now Annie, she writes books set in Anglo-Saxon England, and I find myself very intrigued by how much flesh she manages to put on the bones of these very distant peeps. Which is why I asked her to write about one of her protagonists, Penda of Mercia. And with that very short intro, it is over to Annie!

I think it’s fair to say that Anna and I have one or two things in common. One of them is that we find ourselves attracted to certain historical figures. I understand this attraction, though I sometimes find it hard to explain. But let me try, and let me talk about Penda of Mercia and his family…

I was sitting in a dusty old room in my undergrad college building in North London in the early 1980s, and my wonderfully inspirational tutor (we are still friends to this day) was outlining the days of Northumbrian supremacy in the seventh century. Gosh, what a power-hungry lot they seemed. Internecine rivalry was the order of the day, as family members and extended family members tussled for control over the two kingdoms that made up Greater Northumbria. This was dramatic enough, but I kept noticing that as each one gained a throne, they then attacked, overran, or suppressed the midlands kingdom of Mercia. And each time, one man, Penda, rallied the Mercians and rode north to put them back in their place. Such was his vigour that he was still riding out to battle in his sixth decade. 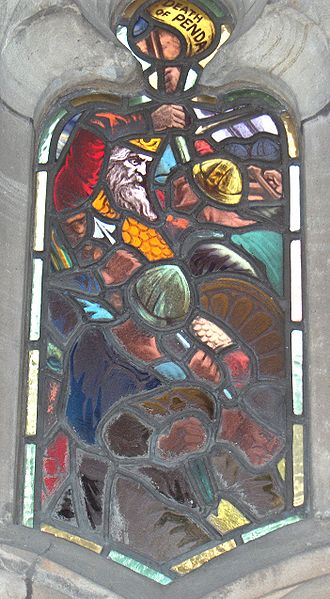 The image I had was of a supremely energetic man, the same description used by the eminent 20th-century historian Sir Frank Stenton. It seems that Penda wasn’t even a king when he first began objecting to the bullying northerners. That spoke to me of a passion, a love of his ‘country’ rather than his kingdom. Of course, it wasn’t that simple, or romantic, but this image stuck with me.

Most of the information we have for this period comes from the writings of Bede, who was a Northumbrian and a Christian. No great surprises then, if I tell you that Bede did not think very highly of Penda, who remained resolutely pagan throughout his life. Historians though should always take note of what enemies say of each other. And we know that Penda remained resolutely pagan because Bede mentions it only in the context of explaining that Penda was happy to have Christian priests preaching in his lands. So, we can add tolerance to energy on the list of his attributes.

Bede also tells us the name of Penda’s wife, whom he left as regent when he was off fighting, and as far as we can tell, it was just the one wife, unlike his Christian enemies who had a habit of putting their wives to one side and remarrying when they converted. Penda also waged war against a West Saxon king because that king had put aside Penda’s kinswoman in just that way. Add constancy and loyalty to that list.

Penda may well have adopted a son of another man, and if so, he had nine children in total and many of those children and their children not only took up the religious life but became saints. Not a bad legacy.

And it’s clear that his sons were determined to continue his quest, because the feuding between these two major powers continued with the next generation. There is one incident in particular, which happened during his youngest son Ethelred’s reign, which makes no sense at all unless in the context of avenging womenfolk. Like his father, Ethelred seems only to have lost his temper a couple of times, but with spectacular results. He reigned quietly, but all of a sudden, he attacked the kingdom of Kent. There is no record of enmity between Mercia and Kent. Quite the reverse, actually, with two sons of Penda marrying into the Kentish royal family. So why the attack from this otherwise peaceful king? It only makes sense to me when I look at what had happened in Kent: the small matter of murder, which left one of Ethelred’s kinswomen bereft. Like father, like son, it would seem.

Ethelred’s elder brother, Wulfhere, also took after their father, but with an element of what seems like pure rage driving him. If Ethelred took after his father in terms of defending his women, Wulfhere inherited the loathing of the duplicitous and avaricious Northumbrians. He also seems to have matched his father’s energy levels. He continued to pursue the West Saxon king who had put aside Penda’s sister, but with a difference. Where he conquered, he installed bishops to bring baptism to the people. In contrast to Ethelred, Wulfhere barely paused for breath and seems almost to have been permanently on campaign.

It struck me, as I was writing The Sins of the Father, that those two sons of Penda’s really lived up to their names. Ethelred, the quiet thinker, bore a name which translates as Noble Counsel. Wulfhere’s name means Wolf Army. These boys, I feel, inherited the two main aspects of Penda’s personality. Thoughtful restraint, but also a determination to right wrongs and crush the enemy.

Of course, I may well be romanticising this family, but the documentary evidence does provide a lot of detail not only of Northumbrian aggression, but murder.

On that note, I should probably mention that matters were further complicated by the marriages of some of Penda’s children to members of the Northumbrian dynasty. It’s reported in a matter of fact way in the history books, but even all those years ago in that dusty room in North London, I found myself wondering what that must have been like for the people concerned. When your parents are at war with your in-laws, and have arranged the murder of members of your family, it must make the medieval equivalent of Christmas dinner rather awkward (especially if some of you are busy celebrating Yule instead…)

Penda’s legacy was long-lasting, and I think his children – all nine of them – did him proud. They ruled, either kingdoms or sub-kingdoms, they founded monasteries, they became saints.

Integrity, hatred of hypocrisy, steadfast. Even judged by the standards of his own time, Penda seems to be sitting slightly higher up in the moral high ground. When your enemies, however grudgingly, praise your qualities, that makes you intriguing. In my book, anyway. Literally.
The two books in the Tales of the Iclingas Series: 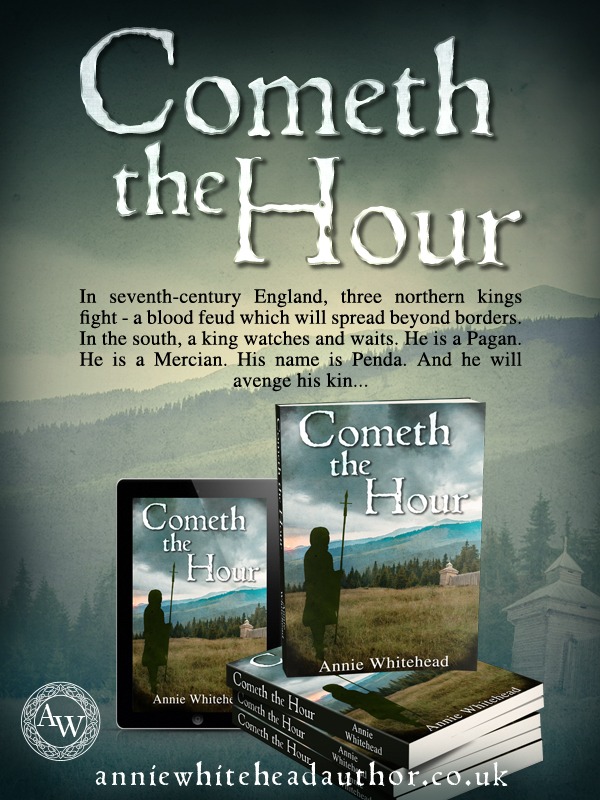 Cometh the Hour tells the story of the last pagan king of Mercia, Penda, his struggles to achieve and maintain independence from the aggressive kingdom of Northumbria, and his quest to avenge his kin, especially his womenfolk.

Now, in The Sins of the Father, Penda’s sons have come of age, as have the children of his nemesis in Northumbria. All of them are affected by their fathers’ antipathy. The new novel tells the stories of the members of this next generation, and how they try either to emulate their fathers, or plough their own paths, and how this leads to tension and, ultimately, war.

Of course, wars are not always fought by men on the battlefield, and for all involved, the stakes are high and even victory demands a heavy price.
******

Thank you, Annie, for this wonderful post – and yes, your affection for Penda shines through, but in a good way.
I have recently read Sins of the Father, and I just loved it! So here follows my gushing review: 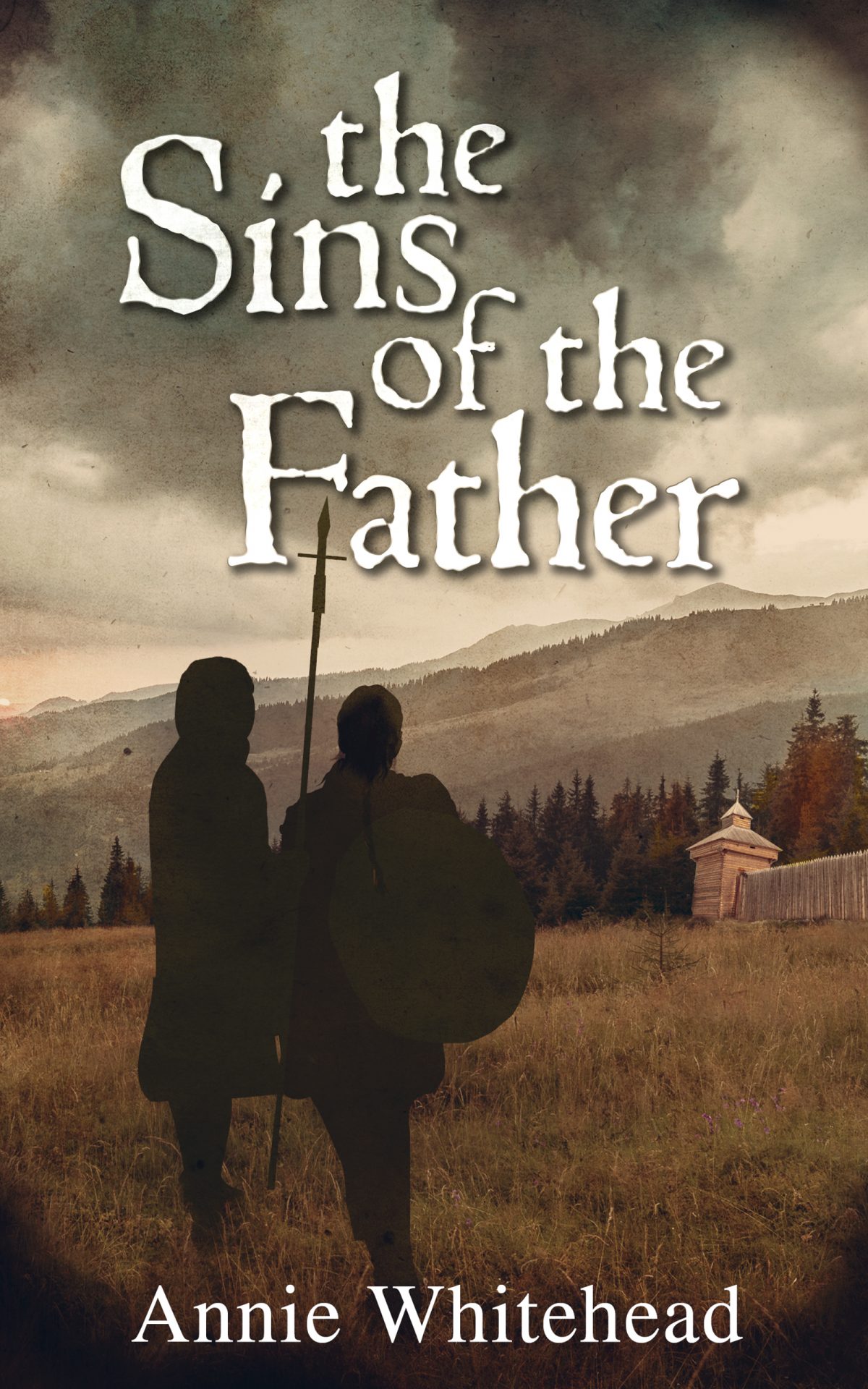 We are in Mercia. It is late in the 7th century. The hall is dim and shadowed, the Mercians are still licking their wounds after their defeat at the battle of Winwaed—a battle which also cost their king, Penda, his life. Since then, his family has been dispersed, two of his surviving sons hidden away, some of his daughters missing, and as to his wife, well it seems the brave Derwena is dead, cruelly murdered by the victorious Oswii, king of Northumbria.

Sins of the Father is primarily the story of Ethelred, the youngest of Penda’s children. Having witnessed how Oswii advanced on his mother with his sword held high, he is plagued by guilt: should he have tried to save his mother? Why did he survive when she died? The fact that he was only ten or so at the time is of little comfort, and four years on he is still suffering from nightmares.

Mercia has somehow recovered from the loss of Penda. One of his sons, Wulfhere, has been acclaimed as the new king—and he wants revenge. In difference to his older brother, Ethelred is a thinker, less prone to rushing headlong into anything. Also, Ethelred is constantly aware of how much the conflict with Northumbria has cost his kin: his father dead, his brother dead, his sisters gone missing, his mother lost.

Ms Whitehead has crafted a wonderful protagonist out of Ethelred. Considerate and kind, slow to anger and strategically inclined, Ethelred is one of those men who builds relationships based on loyalty and trust.

Ms Whitehead’s evident familiarity with the period and its various movers and shakers combine with her beautiful prose to deliver one of those books you sit down to read on a Wednesday afternoon and then it is suddenly well after midnight and you reluctantly emerge from 7th century Mercia to cope with life in the 21st century. The people she writes about have been dead over a thousand years, and yet she breathes such life in them I can almost imagine inviting them in for a cup of tea and a chocolate biscuit.

Ethelred’s life isn’t easy. There is loss and loss and more loss. But now and then, there are glimmers of joy, moments of utter contentment. And that, Ethelred knows, is more than most people get.

Most authors invest a lot of heart and soul in their writing. For many, that investment gets “lost in translation”, but Ms Whitehead’s pulse beats strong and true throughout Sins of the Father, wiggling its way under my skin and into my bloodstream. That, I believe, is the signature of excellent writing: it not only entertains, it touches something deep inside!

And yes, by now you’re DYING to buy and read this book, right? Find it on Amazon!

And if you want to find out more about Annie, check out her social media links below. For the history nerds among you, her blog is very, very recommended!