Today, I welcome Ruth Hull Chatlien to my blog. Ruth and I are social media acquaintances, and when she approached me about her very recent new release, Katie, Bar the Door, I found it interesting that she’d chosen to write a contemporary novel–which is why I ws more than happy to invite her over to tell us all some more. So with that, I give you Ruth! 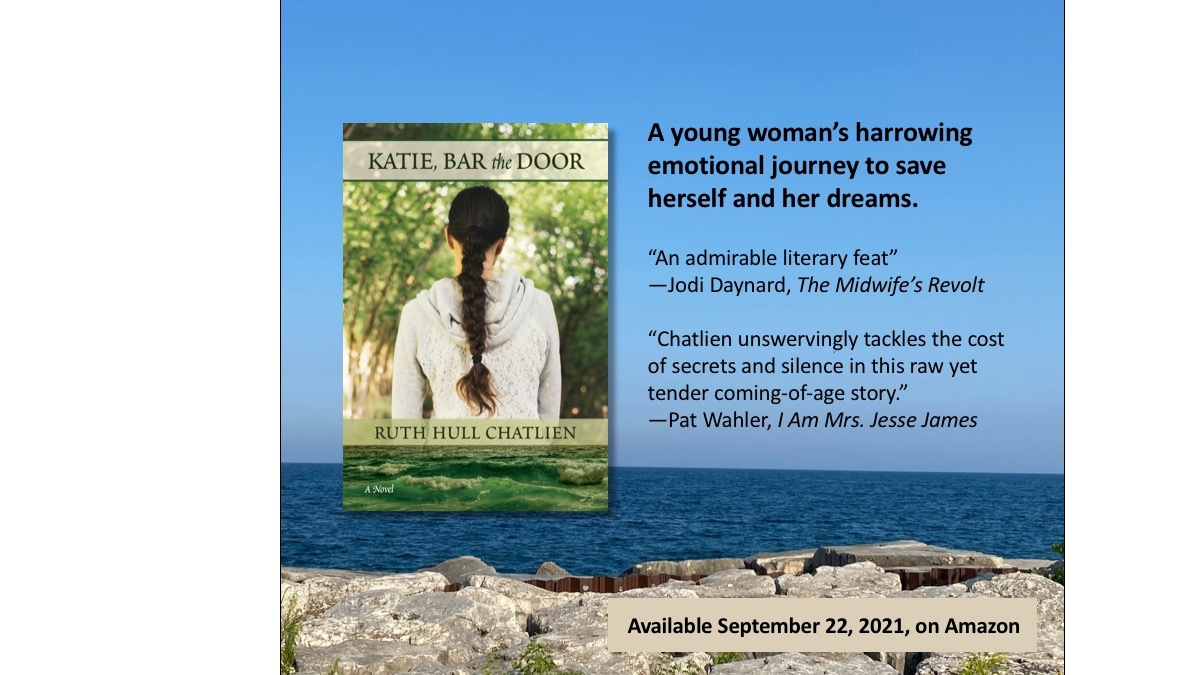 Anna, thank you for inviting me to be on your blog to talk about my recently published novel Katie, Bar the Door. When you suggested the topic of why I felt compelled to write this particular novel, my first response was, “How did she know?” Of course, most writers work on stories that compel them one way or another, but of everything I’ve done, this story falls most clearly into the category of a lifelong compulsion.

In my mid-twenties, I began a short story about a young woman named Katie who decides to leave her husband temporarily, not because she no longer loves him, but because they both have problems at work, and she feels that his problems are dominating their marriage. She wants time to herself to decide on a professional path. However, the finished story felt thin and unresolved, so I decided to work on the characters’ back stories. Once I began to develop Katie’s history, I became obsessed with her life and the past hurts that shaped who she was. I used to tell people that it felt like this character walked up to me and said, “Tell my story, or I will die.”

The short story quickly grew into a novel. Although I didn’t realize it at the time, one of the driving forces behind my need to explore Katie’s issues was a kind of “therapy through writing” for myself. I grew up in a strict fundamentalist church whose teachings had hurt me in very particular ways; I placed Katie in a similar environment. We both had conflicted relationships with mothers who had difficulty showing love. We both lost the person we most identified with in our families—although her loss was permanent, and mine lasted “only” nine years.

Once I began to market the book, I received some praise for the characters and the writing but had no luck in placing it with an agent. I had failed to think of a persuasive marketing hook, and no one could figure out just what to do with it. Discouraged, I put it away in a filing cabinet and worked on other things. I published some poems and short stories and finally two historical novels.

Then a couple of years ago, my husband and I were at a Carrie Newcomer concert. Her music is profoundly personal, and as I listened to one song called “Sanctuary,” I felt a wave of intense grief that I had let Katie down. After my second novel was published, I’d made two false starts on choosing a next project, so I decided to resurrect Katie. I rewrote it, sent it out to beta readers, revised it again, and sent it to my publisher. To my surprise and delight, they loved it, and one of the partners became a fierce advocate for my vision of the project. Which is how a short story that I began writing 38 years is now my third published novel.

Thank you, Ruth! Some things obviously improve with age, right? I think it quite apparent that this was a story you somehow needed to get out there, and I wish you the best of luck with it. 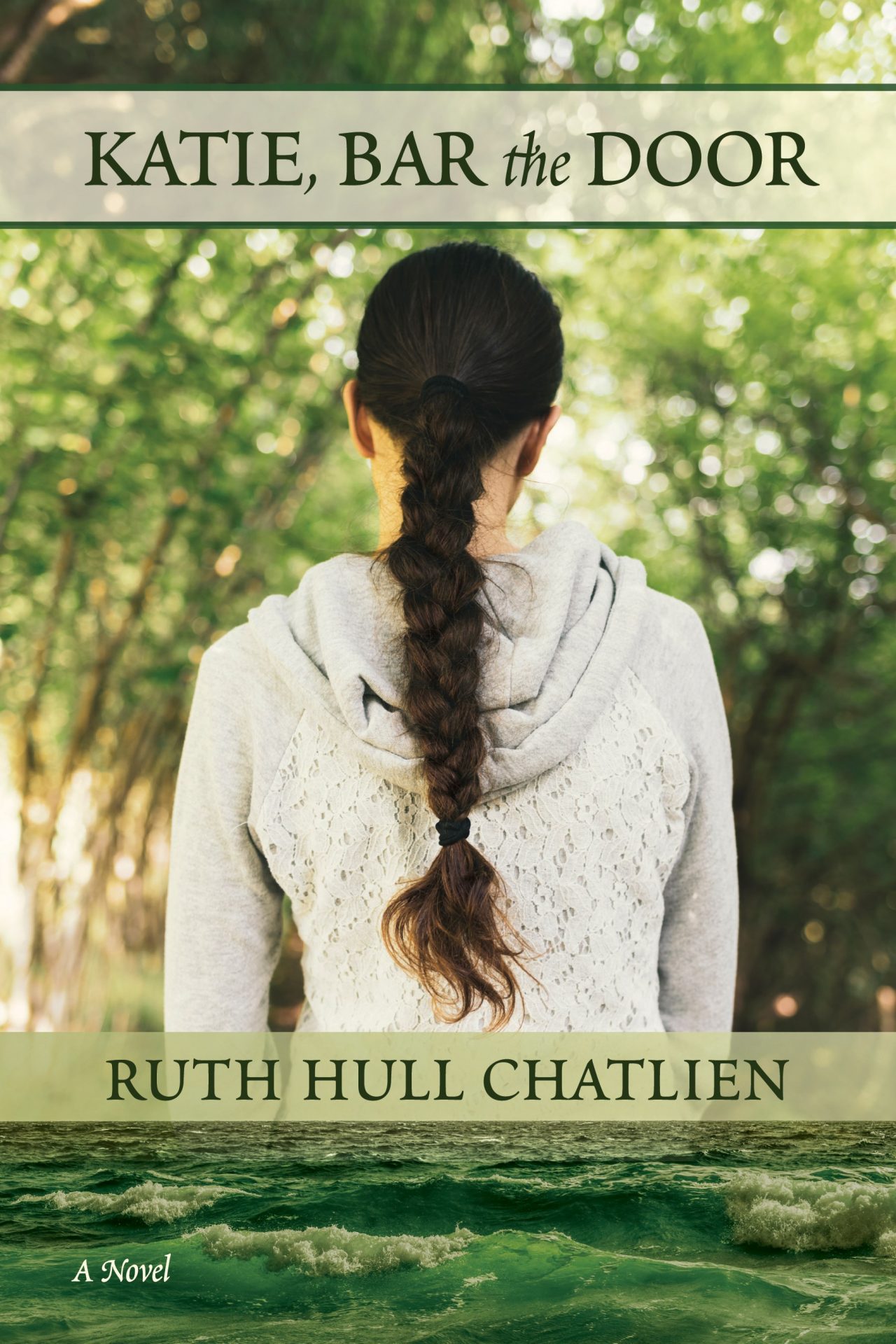 From a childhood of parental loss, religious repression, and sexual shaming, Katie Thompson suffers deep wounds and persistent self-doubt. Her desire to find meaning through education and a career is threatened by those who push her to conform to a more traditional path. In her desperate search for love, Katie makes disastrous choices about men, leading her to the brink of self-destruction. Her journey through Katie, Bar the Door is the universal quest for healing and hope as she struggles to save herself and her dreams. 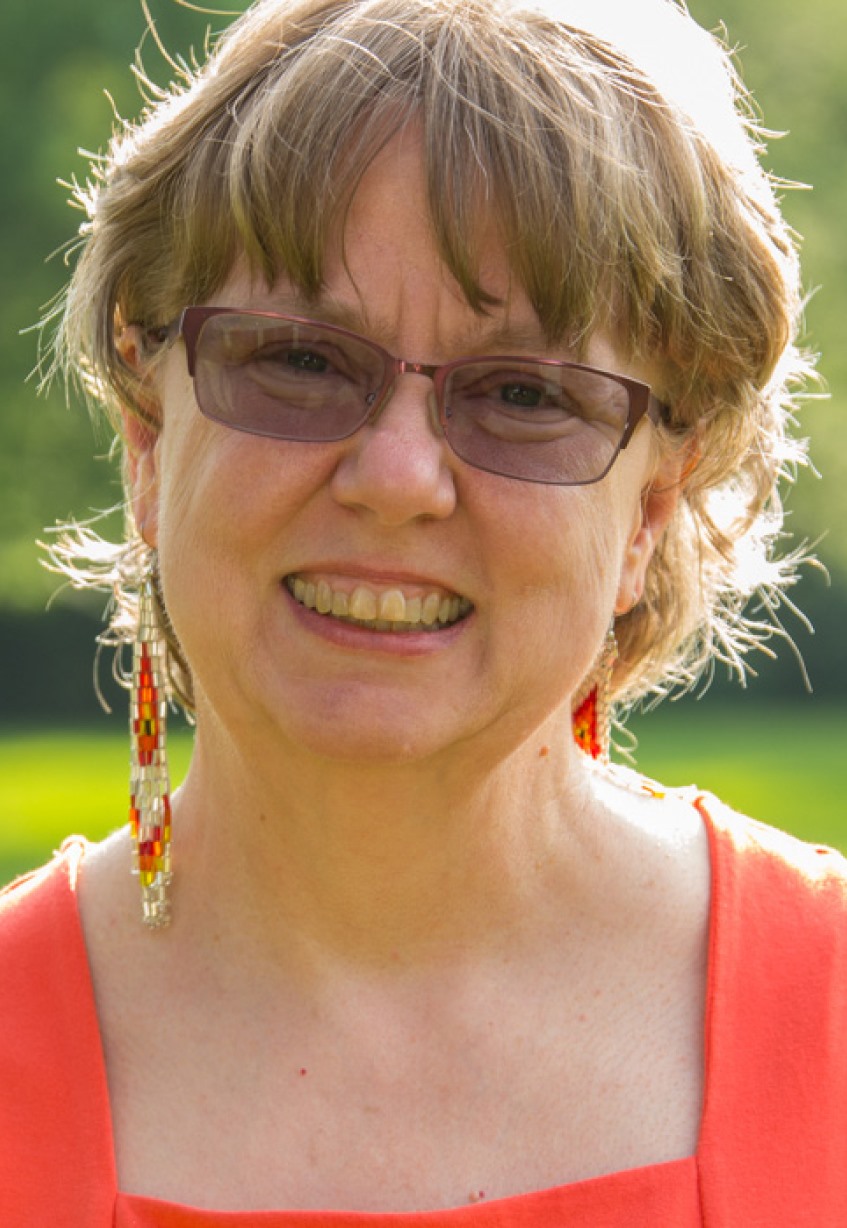 Ruth Hull Chatlien has been a writer and editor of educational materials for nearly thirty years, specializing in U.S. and world history. She is the author of two historical novels: The Ambitious Madame Bonaparte, which portrays the tumultuous life of Elizabeth “Betsy” Patterson Bonaparte, and Blood Moon: A Captive’s Tale, which retells Sarah Wakefield’s ordeal as a captive during the Dakota War of 1862. Her most recent novel, Katie, Bar the Door, explores a young woman’s emotional journey from loss and abuse toward healing. She lives in northeastern Illinois with her husband, Michael. When she’s not writing, she can usually be found gardening, knitting, or spoiling her dog Coco.