I am rather excited today. Once again, I am hosting a stop on one of the book tours organised by The Coffee Pot Book Club, and today’s guest is a lady who has written (and sold) many, many books set in the political quagmire that was medieval England. Anne O’Brien usually guides us through history using a female protagonist, and her latest book is no exception, featuring Edward IV’s mother, Cecily Neville.

I’ve always found Cecily intriguing: mother of so many, wife to a man who made no effort to hide his ambitions, rival to Marguerite of Anjou, Henry VI’s very competent (and, I assume, very frustrated) wife.  It is tehrefore with obvious pleasure I hand you over into Ms O’Brien’s capable hands as she gives us a post about Cecily and her ambitions! 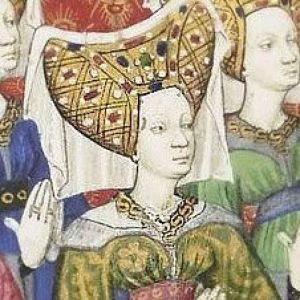 Without doubt both Cecily Neville, Duchess of York, and her nephew the Earl of Warwick could be accused of having ambitions.  But how much did they collaborate to achieve control of the English crown through Cecily’s eldest son Edward, Earl of March?

The initiative to wrest the throne of England from King Henry VI was that of Richard of York, with whom Cecily seems to have been in full agreement.  Both Richard and Cecily had an impressive quantity of royal blood in their veins to make it a viable claim for themselves and their children.  Richard could trace descent from King Edward III through his second son Thomas, Duke of Clarence, and the fourth son Edmund, Duke of York, while Cecily was descended from John of Gaunt through her Beaufort mother Joan, who married Ralph Neville, Earl of Westmorland.

Both Richard and Cecily knew the value of making political statements.  When York returned from exile in Ireland, he sent for Cecily to meet him in Hereford.  Why would she not wait in London and meet up with him there?  Yet she complied, travelling with him on their return enthroned upon a chair swagged in blue velvet, a Yorkist colour, and pulled by four pairs of horses.  York wore livery of white and blue, embroidered with fetterlocks, symbols associated with John of Gaunt and Edward, Duke of York, Richard’s uncle, livery that implied Plantagenet pedigree.

At Abingdon royal trappings were truly shaken out with trumpets and clarions when the York banners were joined by those displaying the royal coat of arms of England.  York’s sword was borne upright before him as if a sword of state.  This was without doubt a triumphal progress of a man with the crown in mind and needed no input from any but Richard and Cecily. As for Cecily herself, she knew that she made a useful  contrast with Margaret of Anjou: obedient to her husband and with a useful family of sons.  There was as yet no suggestion of illegitimacy in the family that had surrounded Margaret and the birth of Edward of Lancaster.

This statement of regal intent was unfortunately too much, putting the fear of God into the hearts of the magnates who were waiting in London to see what York would do next. When he placed his hand on the empty throne, there was much antipathy towards such overt ambition. Did Salisbury and Warwick oppose York’s claim?  Warwick claimed that he knew nothing about it even though he had met with York at Ludlow, but it may be that he was being economical with the truth.  Certainly they were not vocal in their support in London.  Nevertheless the Act of Accord was passed, giving the crown to York and then his sons March and Rutland on the death of Henry VI.  All legal and above board.

But all was disaster for the House of York with the swathe of Yorkist deaths at the Battle of Wakefield.  What next?  Legally the accession of Edward Earl of March, as agreed in the Act of Accord, yet the crown still had to be won from the inept Henry VI and his more than capable and combatant wife Margaret of Anjou.  This is where Cecily must look elsewhere for an alliance if her son was ever to step into his father’s shoes.  Cecily might have political ambitions but she lived in a man’s world where power was won by the sword and men’s voices were heard.  Warwick was the obvious choice.

And yet the crown was won on the battlefield where it was Edward’s leadership at Mortimer’s Cross and then at Towton that changed the course of history, without help from mother or cousin, Warwick having suffered a major defeat in the 2nd Battle of At Albans.  At Towton the power of the Lancastrians was destroyed in the short term.  That is not to say that Edward did not owe his family a debt.  Warwick captured King Henry at Northampton and rode into London beside the young claimant which made an impression, but here he was not the Kingmaker of his later days. Cecily’s base in London at Baynard’s Castle became the hub of Yorkist plans to make Edward King.  Both she and Warwick undoubtedly whispered advice into Edward’s ear.

Did Cecily achieve the authority that she might have hoped for?  She was never destined to be Queen but she became officially King’s Mother and Edward made it clear that she would hold power in London and preside over his household at Baynard’s Castle in his absence.  Clearly she thought that Warwick would be a man of good counsel to her son since Edward was averse to hard work.  Initially she made use of Warwick to negotiate with King Louis of France for an advantageous marriage for her son with the royal Lady Bona of Savoy.

Whatever Cecily’s plans, Edward had a will of his own with an eye to Elizabeth Woodville, while Warwick had dangerous ambitions, neither of which she was able to curb.  The rewards in lands and titles promised to Warwick by Louis would make him a power to be reckoned with which was not in Cecily’s interests.  As the French ambassador joked in a letter to King Louis, in England there were ‘but two rulers, M de Warwick and another whose name I have forgotten.’ Not a riposte that Cecily would have appreciated.

The paths of Cecily and her nephew grew increasingly divergent with Warwick’s strategy to  draw Clarence to his side through marriage with Isabel Neville, Warwick’s elder daughter, at the same time as he stirred up insurrection in England against Edward when the Woodville power became more than he could tolerate. Relations deteriorated further when  Warwick was not averse to using the Blaybourne scandal against Cecily to blacken her reputation and destroy Edward’s claim to the throne through illegitimacy. Warwick’s treachery to Edward and to Cecily ended on the battlefield at Barnet. 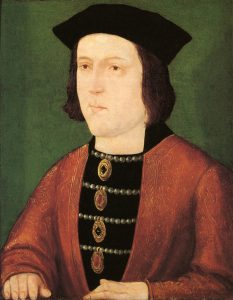 Politics in the Wars of the Roses, for those who sought power, was a matter of pragmatism.  To use what and whom came to hand.  Yes, Cecily would use Warwick to consolidate her son’s power but it was no thought-out strategy.  They were both perfectly willing to abandon the other when they were no longer of value.  As for Edward, he had no intention of being used by anyone, unless it was his wife!

Thank you, Ms O’Brien! Me, I am very divided in my opinion of Edward IV, but I know of one gent who was likely grinning like a loon in his heaven when the Earl of March became Edward IV, namely the very first Earl of March, Roger Mortimer, who was Edward’s umpteen-great-grandfather. Well, that is neither here nor there, instead, let us leap ahead to the blurb of The Queen’s Rival: 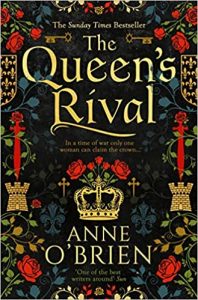 One family united by blood. Torn apart by war…

The Wars of the Roses storm through the country, and Cecily Neville, Duchess of York, plots to topple the weak-minded King Henry VI from the throne.

But when the Yorkists are defeated at the battle of Ludford Bridge, Cecily’s family flee and abandon her to face a marauding Lancastrian army on her own.

Stripped of her lands and imprisoned in Tonbridge Castle, the Duchess begins to spin a web of deceit. One that will eventually lead to treason, to the fall of King Henry VI, and to her eldest son being crowned King Edward IV. 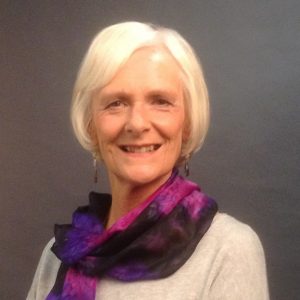 Sunday Times Bestselling author Anne O’Brien was born in West Yorkshire. After gaining a BA Honours degree in History at Manchester University and a Master’s in Education at Hull, she lived in East Yorkshire for many years as a teacher of history.

Today she has sold over 700,000 copies of her books medieval history novels in the UK and internationally. She lives with her husband in an eighteenth-century timber-framed cottage in the depths of the Welsh Marches in Herefordshire. The area provides endless inspiration for her novels which breathe life into the forgotten women of medieval history.

All for today, peeps! Me, I am thinking of escaping into the complicated world of the War of the Roses, courtesy of ms O’Brien! 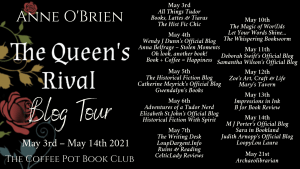