I have, since some years back, a good friend called Richard Tearle. We have never met. We have never even really talked properly. We just sort of connect via social media, both of us sharing an interest and appreciation for historical fiction. Richard is a generous reader who expends a lot of time writing reviews of the books he reads. It is therefore a special pleasure to have the opportunity to return the favour by introducing you to Richard as a writer. Mind you, he has been writing for quite some time now, an appreciated contributor of excellent short stories.  But this time, Richard has taken things a step further and has written an entire novel. I’d have thought he’d write something set in ancient Britain, but he surprised me by instead writing a book about…writers!

As I write this, I know Richard is in hospital. His novel sees the light of the world very much due the efforts of Helen Hollick who felt it was *bloody* time this friend of ours got his novel out there.  I cannot agree more, so with that I give you Richard’s novel, The North Finchley Writers’ Group 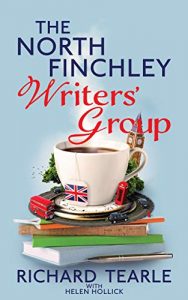 When a group of north London writers meet each month for a chat, coffee, and cake – what else is on their agenda? Constructive criticism? New Ideas? An exciting project? And maybe, more than one prospective romance…?
Eavesdrop on the monthly meetings of the North Finchley Writers’ Group, follow some ordinary people with a love of story writing, and an eagerness for success. Discover, along with them, the mysteries of creating characters and plot, of what inspires ideas, and how real life can, occasionally, divert the dream…

Buy it on Amazon

Richard has generously allowed me to publish an excerpt:

LET ME INTRODUCE MYSELF

My name – my personal and professional name – is Rob Taylor and I’m a writer.

It is rather strange to state that as a fact after years of scribbling, despair at rejections tempered by moments of high elation when one of my stories was accepted by a respected magazine. But I can state it as a truth now, for I write regularly for several publications, and my first compilation has recently been published with a fixed contract for two more to follow. At the moment, I write short stories, but more than a few friends have encouraged me with prompts such as “You have a novel in you, you know,” and, “A short story has the potential to be a novel writ long.” I am working on the idea.

But enough of that.

About a year or so ago, I was unexpectedly made redundant. Jobless, but with a good-enough redundancy bank balance to keep me going for a bit, and a determination to do what I wanted to do – write – I took the plunge and converted the spare bedroom into a study. I started writing full time and joined the North Finchley Writers’ Group, where I met some lovely people who, one way or another, gave me the encouragement to develop my ideas.

All to my satisfaction, but my wife’s dismay.

The members of our writers’ group are a very mixed bunch, as you will find out. We meet every month at a different house and whoever is the host gets to provide tea and coffee – often with cake or ‘light snacks’ – and chooses a topic for discussion. We talk, voice opinions and yes, sometimes we argue. But it is all forgotten when we walk away into the night.

They’ve had quite a turnover of members over the years. Some who came for a couple of meetings and then disappear. Some who weren’t really writers but ‘dabble’ and think that attending a writers’ group meeting makes them one. They never last long. Some have moved along and, sadly, one or two have passed on to the great Library in the Sky. Nowadays we have about a dozen or so regulars. There are one or two who are deliberately obstructive. Outspoken.  Single minded. Cantankerous.

Some are shy and introvert and, in truth, offer little. But they listen and learn, and that is what we are all there for. To learn from others, be they best sellers or unpublished writers. Because, whatever our differences, we stick together and, if anyone is down, we stand by them and offer encouragement. If someone is on a high, then we enthuse in their success.

Most of us, anyway.

We do have a few Best Sellers. Angela Knight, for example, and Zak Nichols. Charlotte Caroll is more than adept at Regency romances, (not my bag, but, well, credit where credit’s due) and Jean Hart uses her history degree to good effect, as does Hilary Jackson, albeit covering a different period of time.

I’ll introduce them all properly as we go along…

Seeing as I have an up close and personal relationship with various writers, I imagine dear Rob is in for a bit of a ride as he nestles himself into his writer’s group. You see, generally all that passion us writers invest in our work comes from somewhere… 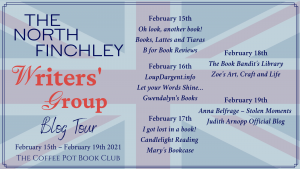 Finally, a word from Richard Tearle himself :

“To the writing community, whether they be traditionally published, indie or aspiring.

Now,  as I wrote already at the beginning, Helen Hollick has been instrumental in ensuring this book has been published. In her own words:
It was with great enthusiasm that I encouraged Richard to write this, his first novel. His enjoyment of creating a good story, I felt, should be shared to readers and writers, everywhere. Unfortunately, at the editing stage, Richard became ill, involving hospitalisation. In discussion with his son, rather than abandon the project or put it on hold, we decided that the best course of action was for me to continue with getting this book published on his behalf. The characters, plot – the story – are all Richard’s immense talent, I merely tidied up and added the final polish, coming in as ‘painter and decorator’ to Richard’s main role as architect, designer, and builder.

3 thoughts on “A writer writing about writers – meet Mr Tearle!”