After so many weeks of lovely medieval posts we are now well into December, a month that in medieval times was usually a period of fasting. Three days a week, the so called “ember days”, good Christians would abstain from meat and certain other foods as well as wine, honeyed ale, gambling and sex. 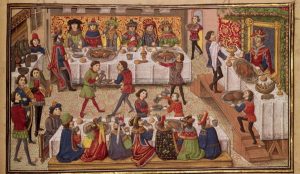 By the time Christmas came around, EVERYONE was ready for a major feast, even if I suspect that the spread on the table would vary significantly based on the income of the table-owner.

I don’t know what today’s guest thinks about fasting, but I do know she has a passion for books. Mary Anne Yarde is the proud owner of The Coffee Pot Book Club, through which she offers excellent promotional services to other authors. The lady is something of a social media whizz and must regularly ingest some sort of liquid energy boost given just how many posts and tours she produces on a weekly basis. On top of this, Mary Anne actually has a life… Wow.

Mary Anne is also a writer—not that she expends much time on promoting her own stuff. A pity, IMO, as her Du Lac Chronicles are an intriguing mix of history and myth, presenting a post-Roman Britain where the Saxons and Britons are engaged in a bitter, bloody battle for supremacy. Mary Anne’s vibrant characters inhabit the borderlands where myth and facts meet, a world of heroes and treacherous villains. At present, she doesn’t find much time for writing, but when she does write, she prefers to do so in bed. I hope she has a comfy bed with many pillows, something that might not have been the case had she been living in the distant past that offers the historical setting for her novels.

So, Mary Anne, why the medieval period?

Mary Anne: Why not? (Anna: ? )My books are set in the early Medieval Ages, a time that is known more commonly as The Dark Ages. The Dark Ages is, in my humble opinion, one of the most fascinating eras in history. However, it does not come without challenges, for this is the era of the lost manuscripts. Due to Viking raiders, a Tudor king who was desperate to get a divorce, a Civil War and several fires mean there are only a few surviving manuscripts from this era. Unfortunately, the written sources that did survive are not very reliable. They talk of great kings and terrible battles, but something is missing from them. Something important. And that something is authenticity. The Dark Ages is the time of the bards. It is the time of myths and legends. If the Dark Ages had a welcoming sign, it would say this:

It all sounds wildly romantic. But of course, that is what the bards wanted you to think! 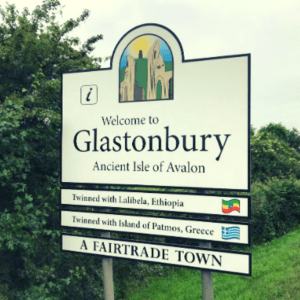 Growing up near Glastonbury–The Ancient Isle of Avalon–stirred my imagination as a child, and history always fascinated me. So, when I came up with a story for a new take on an Arthurian romance, I knew I had to get it down on paper.

Anna: Tell us a bit about your medieval books!

Mary Anne: My book series, The Du Lac Chronicles, tells the story of what happened after the death of Arthur, and continues the story of his knights and their sons. It may sound like fantasy, but my series is grounded in historical fact and many of the characters that you meet are documented historical figures from that time.

Mary Anne: I am not quite done with The Du Lac Chronicles yet, but after spending almost twenty years with these characters, I am taking a break from the era. I am in the planning stage of a new series set in the Regency England. (Anna: Ha! Quite the leap in time! I look forward to reading this!)

Given your passion for this era, I imagine you’ve written quite a few posts about this period. Please share your top three favourite posts with links: 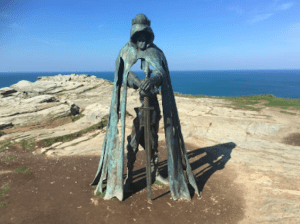 A lovely post about Cornwall, land of magic and myth: https://maryanneyarde.blogspot.com/2019/07/the-island-of-tin-and-king-arthur-by.html

Anna: Mary Anne has chosen to share an excerpt from The Du Lac Curse (Book 5 of The Du Lac Chronicles) 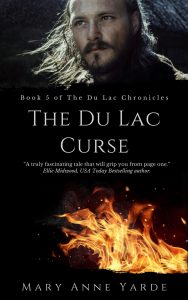 The air inside of the church smelled of myrrh, as well as the frightened sweat of the nuns and the monks who were knelt with their heads bowed in desperate prayer. Outside this sacred building, the Evil One played, but here there was only God.

Sister Helena lit the altar candles, her fingers shaking. She stood back for a moment and watched the tiny flames as they fought against the darkness that threatened to consume them all.

A child whimpered but was quickly shushed. It would not do for the child to be discovered, for Sister Helena knew that the Evil One had no respect for the sanctuary of this church or any church for that matter. He only needed an excuse to rip the door off its hinges and violate this sacred place with his foul presence.

Outside, a man screamed, and a horse whinnied in terror. The smell of smoke drifted through the tiny gap at the bottom of the doors and mingled with the scent of the myrrh. Someone hammered on the door, but the nuns and the monks paid it no heed and continued to pray. Only Sister Helena turned to look.

They had barricaded the doors as best as they could. But the barricade would only last for so long. And if those outside really wanted to get in, then there was not an awful lot they could do to stop them. They had no weapons — not that they would have known how to use them if they did. They would be slaughtered. Sister Helena knew this for she had seen such things before. She had lived through such things before. But this time it was different. Very different. Tonight there was an evil moon, which looked down from an indifferent sky. Many would die. Perhaps they all would.

The child whimpered again as she hid under Sister Mary-Sarah’s habit. If the child were discovered, then she too would be killed, for that was what happened to the children of a king who had been usurped. But Rozen had only just turned four, and she did not understand what was happening. How does one go about telling a child that her father had been poisoned and her mother, who had so daringly tried to reach her children, had been taken prisoner? The soldiers must not find this little one. It was bad enough that her younger baby brother had been taken captive. Sister Helena knew only too well what his fate would be. She just prayed that Jowan, Alden du Lac’s eldest son and heir, would make it to safety. But even if he did, he would still be hunted. No son of Alden’s would ever be allowed to live. For the boy would be a great threat when he grew up and sought revenge. And he would seek it.

(Anna: Oh, wow. And now I just have to rush off and re-read my Du Lac books again! I am something of an Alden fan…) 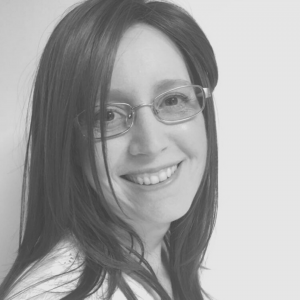 Born in Bath, England, Mary Anne Yarde grew up in the southwest of England, surrounded and influenced by centuries of history and mythology. Glastonbury — the fabled Isle of Avalon — was a mere fifteen-minute drive from her home, and tales of King Arthur and his knights were part of her childhood.

When Mary Anne isn’t writing she can be found over on The Coffee Pot Book Club.

I hope you enjoyed today’s post. If you missed last week’s post by Sharon, check it out here! Tune in next week to meet Jessica Knauss!