There must be something about the Swedish air that attracts ambitious Frenchmen to our shores. Or maybe it’s the beautiful Swedish women. Or the fact that there’s so much space up here. After all, there must be a reason why Jean Baptiste Bernadotte, French marshal in Napoleon’s army, left the cultured life of Paris to become king of Sweden. Not that I intend to tell you more about this upstart from Pau who was “adopted” by Charles XIII of Sweden when, in fact, there was a perfectly good little heir named Prince Gustav who should have inherited the throne.  No, today I’m going to tell you about another Frenchman, a certain Ponce d’Escouperie. Never heard of him? Well, neither have most Swedes. They might, however, have heard of him under the name of Pontus de la Gardie. Chances are they haven’t… 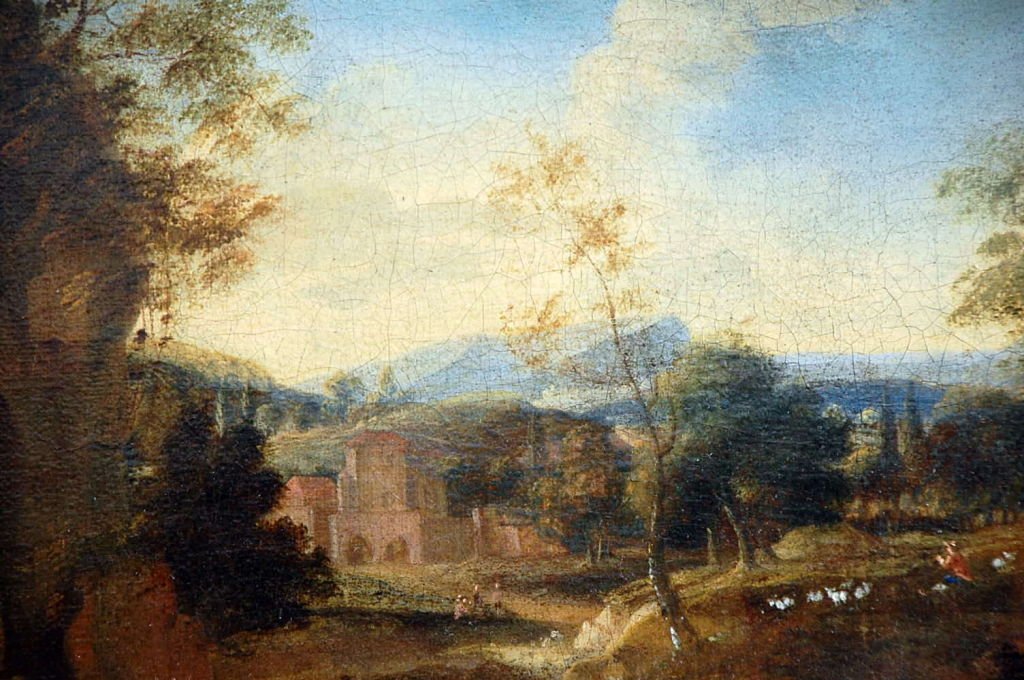 Anyway, today’s protagonist saw the light of the day back in 1520. In La Belle France, more precisely in Chaunes, Languedoc. At the time, no one had any reason to believe little Ponce was destined for anything but a relatively ordinary life. His father was a well-to-do merchant named Jacques Scorperier. In the little town of Chaunes Jacques owned two houses, a mill, a vineyard, an olive orchard and a couple of meadows and fields. Plus he had a manor called La Gardie in the neighbouring county. All in all, Jacques was comfortably off, and further to this he’d been blessed with three sons, one of whom was our Ponce.
Ponce was not the eldest. Instead, brother Etienne stood to inherit what Jacques owned. As with so many younger sons, Ponce was therefore destined for the church. Did he want to become a monk? We don’t know. Judging from his future career, I’d say he never had the temperament to really be happy as a religious man. Ponce was a man of action, not of contemplation.
Anyway: Jacques was rich enough to afford to educate his youngest son, so Ponce was sent to the university of Bologna to study. Some years later, he was accepted as a monk at a French monastery. It didn’t take long for our young man to regret his choice of career. Rather radically, he left the calm and orderly life in the monastery and became a soldier instead. I wonder what Jacques would have thought of that, but Ponce was likely more interested in how to get ahead in the world than in pleasing cher Papa.

The 16th century was (unsurprisingly) full of conflict. Spain under Charles V (or I, depending if you’re counting in Spain or in the Hapsburg domains) was flexing its muscles and rapidly growing into a superpower. France was none too happy with this development, which resulted in a series of wars between France, Spain and Austria. Plus the Reformation caused new conflicts, this time between Catholics and Protestants. Ergo, an eager young mercenary had no problems finding employment.

Ponce took to fighting as a fish to the water. He rose steadily through the ranks, serving Henri II of France. In 1559, he was sent over by Henri to Scotland, there to offer his services to Marie de Guise, Mary Queen of Scots’ somewhat beleaguered (and very French & Catholic) regent and mother. By then, the Protestant movement headed by men like John Knox was racing like wildfire across the Lowlands and in 1560 Scotland officially became a Protestant country. Not exactly good news for our Catholic mercenary leader.
For some reason, Ponce took his men and went to Denmark instead of returning to France. As always in this neck of the world, the Danes and the Swedes were at loggerheads in the so-called Nordic Seven Years’ War. Perfect for an innovative and experienced mercenary captain. Fredrik II of Denmark agreed and welcomed Ponce with open arms. Fortunately for Sweden, they won this particular war. Bad news for Ponce, who was leading the defence of Varberg’s Castle. While impressive, the castle wall stood no chance against the insistent cannon fire from the Swedish artillery, and in August of 1565, Ponce saw no option but to capitulate.


Mercenaries are rarely popular. Men who fight for money rather than loyalty have always been viewed with a certain level of distrust. Besides, a captured mercenary rarely had a weeping family willing to pauper themselves to pay his ransom. The options for a captured mercenary were therefore limited: change your allegiance or lose your head. Ponce preferred to keep his head attached to his neck, which is how he ended up serving the Swedish king, Erik XIV instead.

Not everyone was delighted at the presence of this battle-hardened man among the king’s closest advisors, but Erik took a liking to Ponce. Unwise—but then Erik had moments when he was not all there. You see, Erik had two younger half-brothers and these two dukes were of the opinion that they would be far better kings than big brother. To some extent I agree with them: Erik’s bouts of mental instability came with dire consequences, like when he participated in the murder of the Sture family.
Anyway: Ponce and the eldest of Erik’s brothers, Johan, hit it off. Big time. Soon enough, Ponce had shrugged off any debt of gratitude he owed Erik and was happily aiding and abetting Johan as he planned his palace coup. In Johan’s defence, he probably felt he had no choice: there was little love lost between him and big brother Erik, especially after Johan had married Katarina Jagellonica, daughter of the Polish king, in direct contradiction of Erik’s wishes. So Johan had spent the better part of four years behind lock and key and once he was released, he was determined to ensure that never happened to him again.


By late 1568, Johan and baby brother Karl (with Ponce’s help) had turned the tables on Erik. The crowned and anointed king was locked up—in far less comfort than Johan’s imprisonment—and some months later Johan had himself proclaimed king by the assembled Riksdag (Swedish for parliament) which also deposed Erik. Well, I guess they began by deposing Erik and then handed over the crown to Johan.

Johan was grateful for Ponce’s help. So grateful, in fact, that the mercenary not only received lands and manors but was also given a title. The youngest son of  French merchant was now a member of the Swedish nobility, taking the surname de La Gardie  in honour of the manor his father had once owned. Not that all that many Frenchmen would have been impressed: Sweden was (correctly) considered a backwater. But Ponce—now renamed Pontus as this is much easier for a Swede to pronounce—was a happy man. He was also a very trusted man, representing Sweden on a number of missions to Spain, France, the Holy Roman Empire and so on. As Johan III was married to a Catholic princess, he wanted to mend the fences with the Catholic church, and who better to do that than a born and bred Catholic like Pontus? After all, the man had once been a monk. Very briefly, but still…


Johan had to tread carefully round the issue of religion. Most Swedes had embraced their new Lutheran faith with fervour and were wary of Johan’s relaxed approach to evil papists—and highly suspicious of their Polish born queen. Pontus proved he was not only good at war, but also at diplomacy plus he was wise enough to rarely flout his faith while in Sweden. A good man, King Johan III thought, so good the old warhorse deserved a bride. By now, Pontus was approaching sixty. Still hale and vigorous, but definitely old. Much, much older than Johan’s illegitimate daughter Sofia, who was in her early twenties. I wonder what she thought when her father decided she was to marry Pontus. I guess no one really asked her opinion…

In 1580, Pontus and Sofia were wed according to Catholic rites in the huge abbey church of Vadstena. Johan threw the happy couple a huge wedding and the church was filled to the brim, people standing in every available space, crammed together on the floor or on the wooden galleries above. In the midst of the ceremony, one of the galleries collapsed, injuring several of the guests and killing one of them.
“Aha!” said the righteous Swedes, “God punishes the papists.”
”See?” said the Catholics, “That’s how God treats evil heretics.”
Whatever the case, the accident dampened the joyous mood at the wedding, but the newlyweds still managed to party before retiring to consummate their marriage. Less than a year later, their first child, a daughter, was born. By then, Pontus and Sofia were living in Reval, Pontus having been promoted to Supreme Commander and entrusted with the task of defending Sweden’s Baltic and Finnish holdings. This he did with his usual panache, and also found the time to visit his wife often enough to keep her more or less constantly pregnant between their marriage and her death, three years later, in childbirth.


How Pontus reacted to losing his wife, I don’t know. He was suddenly left a widower with three small children but seems to have sorted out the babysitting issues with ease, which was why he could leave his little daughter and his two very young sons in 1585 to negotiate with the Russians. Unfortunately, on the way back his boat capsized. Pontus de La Gardie died of drowning and was buried in Tallinn’s Cathedral, side by side with his young wife. So distraught was Johan III by this, that he commissioned a beautiful tomb chest from the (then) famous Dutch sculptor Arent Passar.

As to the three little orphans, they were neither destitute nor totally alone. The two sons would grow up to become well-respected members of the Swedish nobility, and many, many years later, Pontus’ grandson Magnus Gabriel de la Gardie would also marry royalty and become the richest and most ostentatious man in Sweden. And probably the best educated and most well-travelled. Plus Magnus Gabriel had a sweet-tooth so large he installed an entire room in one of his castles to hold all the various sweets he (and his equally sugar-addicted wife) regularly consumed. I’m not sure our battle-hardened Ponce would have approved, but my personal opinion is that there can be little wrong with a man whose eyes light up at the thought of candy. Well, except for his teeth. Especially back then…