Today, I’ve invited Cryssa Bazos to drop by for a visit. Cryssa has recently released her first book (CONGRATULATIONS!!!) and you can find more information about Traitor’s Knot at the end of this post, including my thoughts. Traitor’s Knot is set in 17th century England, which makes me a very happy camper seeing as I love that particular era. So does Cryssa, and her knowledge of the period is quite impressive – as can be seen in the following post!
**************************
The award for best true-story adventure of a monarch goes to Charles II of England for the six weeks that evaded his enemies following the Battle of Worcester. 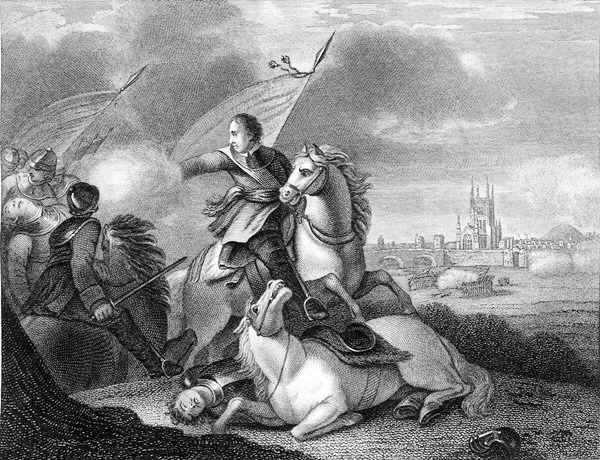 The final battle of the English Civil War unfolded at Worcester on September 3, 1651. Oliver Cromwell’s forces outnumbered the King’s Scottish army 2 to 1. By late afternoon, the King’s forces had been captured, killed or were in retreat.
Charles was one of the lucky ones to escape the city. He headed north and got as far as Shropshire before needing to find a place to rest. An officer in his party led them to White Ladies, a farmhouse owned by the Gifford family. But the Giffards weren’t in residence, and instead their servants, the Penderells, were on hand to attend the weary king.
Charles’s situation was desperate and his options limited. He could either head back to London to find a ship bound for France or make his way to Scotland. Charles rejected the latter idea and waffled on the former, but remained firm that wherever he would go, he’d do it alone. After his companions rode off, he finally resolved to cross into Wales.
With the Penderells help, Charles disguised himself as a commoner. They cut his hair, darkened his skin with a rubbing of walnut and exchanged his royal clothes for a coarse noggin shirt, a green suit and leather doublet. Then at dark, Charles and one of the Penderells, Richard, set out on foot to reach the closest ferry crossing into Wales.

Around midnight, they stumbled upon a belligerent miller who chased them off like thieves in the night. They searched along the Severn for another crossing, but dragoons watched every route. Admitting defeat, Charles and Richard returned, this time to Boscobel House, a hunting lodge also owned by the Giffards.
The patrols were now scouring the area, and the lodge would be the next place for them to search. While Charles hid in an oak tree, dragoons passed right underneath him and not once did they look up. To this day, a descendent of the original Boscobel tree is known as the Royal Oak.
Next the Penderells spirited Charles away to Moseley Old Hall in Wolverhampton, the home of Sir Thomas Whitgreave, a former Royalist officer. It was there that Charles ran into one of his fugitive companions, Lord Wilmot.

Thomas settled Charles into a guest chamber with the additional amenity of a priest’s hole. The following afternoon, a company of soldiers rode up to the manor to arrest Thomas, not for harbouring Charles (they hadn’t a clue), but for breaking parole. Rumours had reached them that Thomas had broken his parole and fought with the King at Worcester (he didn’t). While Charles crouched in the priest’s hole, the dragoons questioned Thomas for hours. In the end, they left without once searching the manor.
Thomas wasted no time to arrange for the next safe house in case the dragoons should return. Charles travelled to Bentley Hall, the home of Colonel John Lane. The Colonel had recently secured a travel pass for his sister Jane and a servant to travel to Bristol where she was to visit a close friend. Originally, the travel pass was meant for Wilmot, but the King’s need was greater. The next morning, they dressed Charles in a grey coat with matching breeches and gave him the role of servant in charge of Jane’s horse, while Wilmot rode ahead on his own. 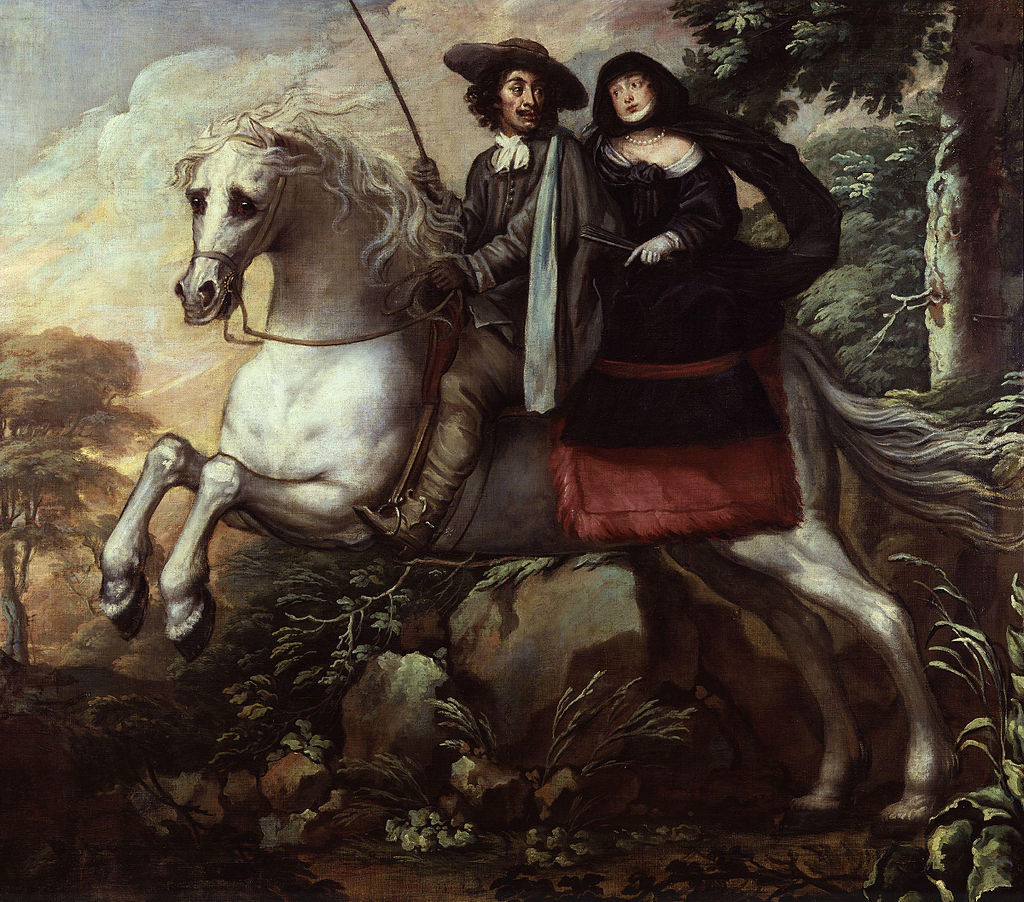 The party had no trouble until they reached the village of Wootten Wawen, near Stratford and found five hundred dragoons blocking their way. Charles hesitated. He didn’t want them to see him turning away for that would stir their suspicions. There was nothing to do but go forward. Bold as brass, the most wanted man in England rode straight for his enemies. As the party approached, the dragoons inexplicably saddled up and pulled out.
When Charles’s party finally reached Bristol, they found their hosts with a house-full of guests. The butler was the only one who took notice of Jane’s ‘servant’. He didn’t immediately recognize Charles, but when he overheard talk about Worcester, he finally recognized Charles. Instead of giving him away, the man pledged to help him find a ship.
None could be found, and the party couldn’t risk staying longer in Bristol. The butler arranged for their next safe house—Trent House in Somerset, the home of Colonel Wyndham. At this point, Charles and Jane parted. Years later during the Restoration, he bestowed upon her a sum of £1000 with which to buy a jewel, this being the price of the reward for his capture.
While Charles hid at Trent House, Colonel Wyndham continued the search for a ship and found a willing master, Captain Limbry. Charles and his party arrived at Charmouth to wait for Limbry, but the captain never arrived. The man’s wife had become suspicious of his venture and locked her husband in the water closet.
Charles’s party arrived in Bridport and found the port town clogged with Parliamentarian troops. Instead of slinking away, he rode up to the Old George Inn, manoeuvred a stable yard full of dragoons, cutting a path straight through them. However, his luck soured when he reached the stables.
The ostler knew his face, but he had not yet placed him. Charles, being an astute observer of human nature, took the offensive. He questioned the ostler about where he had lived and soon had him convinced they were old friends. But before the ostler could rethink their acquaintance, Charles and his party slipped out of town.
Over the next couple of weeks, they went from one Royalist house to another until they learned of a small barque for hire near Brighton. They arranged to meet the master, a Captain Tattersell, in a private room of an inn. Tattersell recognized Charles immediately. Years ago, when Charles had been briefly in command of his father’s fleet in the Channel, he had seized Tattersell’s ship. But Charles had released the vessel, and now that he needed help, Tattersell remembered that kindness and agreed to help.
Charles wasn’t taking any chances. Ships were hard to come by, and captains willing to accept the risk even more rare. To keep Tattersell close, Charles plied him with drinks for the rest of the night.
On October 15th, the slightly hung-over party set out for Shoreham. They reached the Surprise without incident, and after weeks of hiding, Charles and Wilmot finally sailed for France.
Before we mark this as “The End”, there is an alternative story that was circulating in the days and months following the battle. As Cromwell beat the countryside looking for the King, rumours were spreading through London that a highwayman had helped Charles escape. Parliament was so convinced that the rumours were true, when they captured a Royalist highwayman named Captain Hind they tried and executed him for High Treason.
In my novel, Traitor’s Knot, I’ve chosen the road less travelled and explored the alternative version of Charles’s escape.
************************** 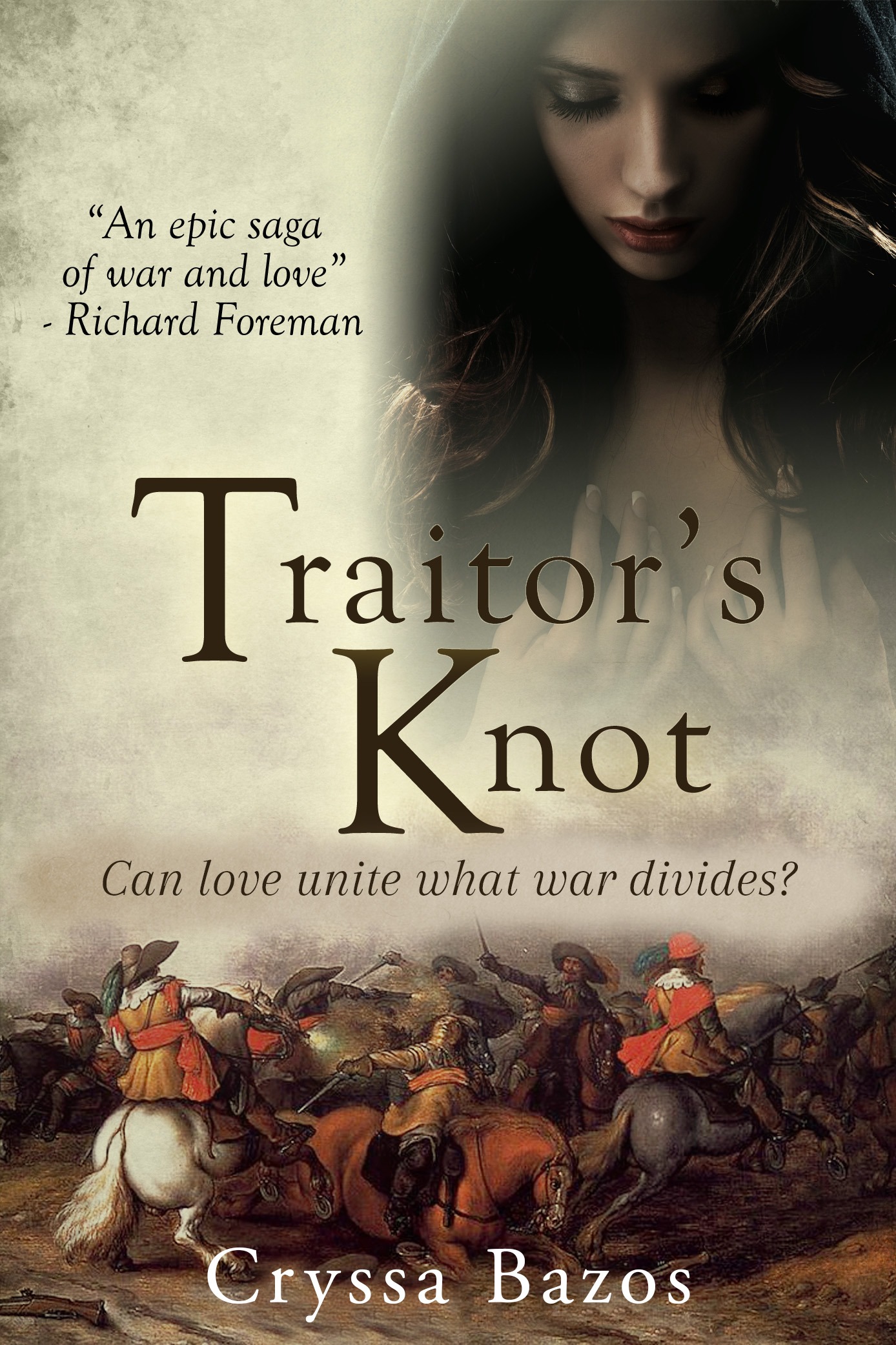 Thank you, Cryssa, for that. Quite the exciting story , isn’t it? In Traitor’s Knot, Cryssa’s highwayman James Hart is very much involved in getting Charles to safety, and things are further complicated by the fact that James has an implacable enemy in a certain Puritan named Ezekiel Hammond. Plus, of course, there’s James’ wife who is very much at the mercy of said Hammond. All in all, Traitor’s Knot is a great read, breathing life into both the well-developed characters and the tumultuous events of the time. Warmly recommended!
Traitor’s Knot is available through Amazon. 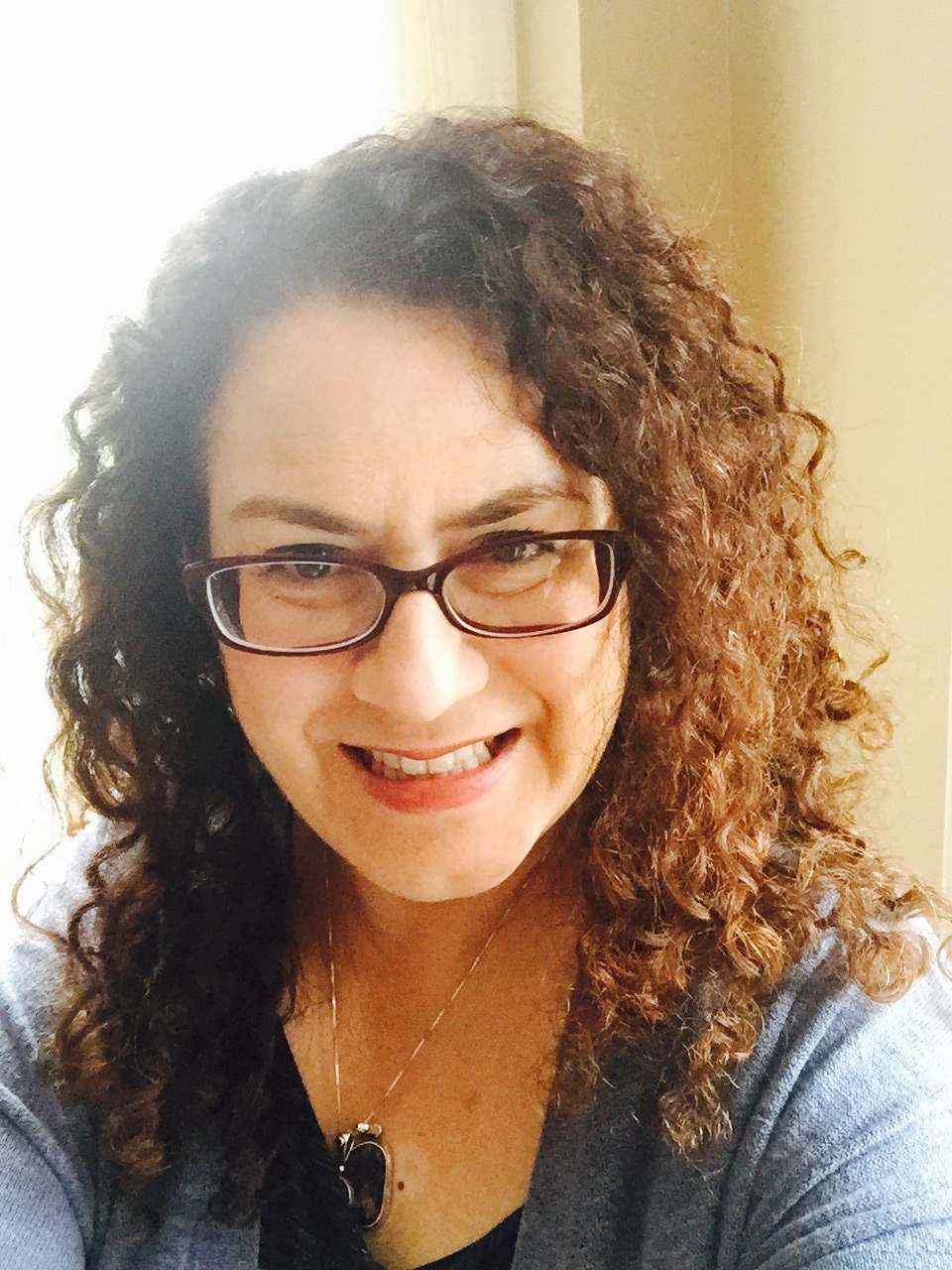 Cryssa Bazos is an awardwinning historical fiction writer and 17th century enthusiast with a particular interest in the English Civil War. Her debut novel, Traitor’s Knot, is published by Endeavour Press and placed 3rd in 2016 Romance for the Ages (Ancient/Medieval/Renaissance). For more stories, visit her blog cryssabazos.com. Follow Cryssa on FB or Twitter

3 thoughts on “The road less travelled”