Somewhere in the mid 16th century, an informal little club was formed. The members of this club were all male, all men of the world and of high status – and none of them really wanted to be a member, all of them hoping to have reaped success where the others had failed. Prominent members included Philip II of Spain, the Archduke Charles of Austria and two dukes of Anjou. 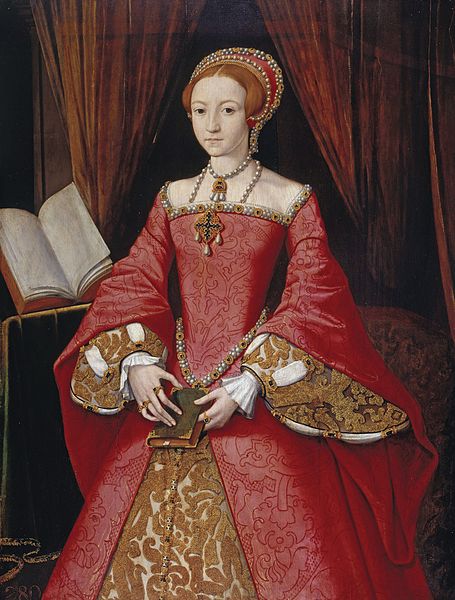 The club orbited around a female – a queen bee – and as you may have guessed by now, I am referring to that exclusive gathering which we can lable “Good Queen Bess’ Jilted Suitors” – all of them eager to become the radiant Elizabeth Tudor’s husband.

One of these suitors was Swedish. As per the prevalent opinion, Erik Vasa was a handsome, well-educated young prince. Rarely was it mentioned that he was also considered borderline insane – seems to have run in the family as one of his brothers, Magnus, was insane.

Erik and Elizabeth had a lot in common; born in the same year, redheads, members of relatively young royal dynasties, bright, vivacious… the list is quite long. Both of them also had very forceful fathers, but by the time Erik proposed to Elizabeth’s, hers was long dead while Erik’s father, Gustav Vasa, was very much alive, and not at all in favour of an alliance with England, this rather unimportant peripheral nation. 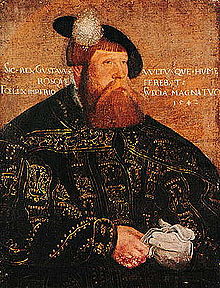 Gustav Vasa is an enigmatic character that people love to hate and hate to love. Brave and principled, ruthless and avaricious, he shares a number of traits with Henry Tudor, foremost among them the fact that he won his crown by conquest, not by undisputed blood-right. After having escaped with his life from the horrors of the Stockholm bloodbath, Gustav Vasa was essentially the only remaining Swedish noble capable of challenging the Danish king, and challenge him he did, until that propitious day in June of 1523 when Gustav rode into Stockholm to the loud acclaim of the people, there to claim his throne.

People who win their crowns tend to be a tad more defensive of them and their royal prerogatives – some sort of general insecurity, I’d guess. Gustav Vasa set about setting his house in order with fervour, and just like Henry Tudor, he made sure to marginalise those families that could potentially be a threat to his throne. One such family was the Sture family, and it became a constant bogeyman to the Vasa dynasty until our dear Erik, years later, took matters in his own hands and murdered them. (This was during one of his insane period, they say. Huh. I think the man was permanently ridding himself of the competition) 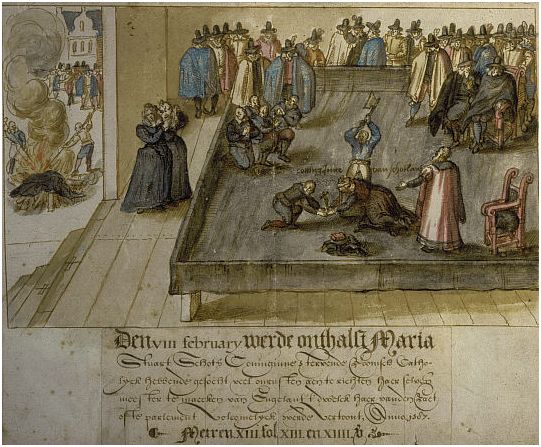 Elizabeth had similar bogeymen – or bogeywomen – and used a similar solution, although she never lowered herself to sullying her own hands with blood. Case in point would be her treatment of her cousin, Mary Queen of Scots.

Given all of the above, one would have thought the Erik and Elizabeth union was a match made in heaven. Well, Erik obviously thought so, sending off a portrait displaying just how handsome and martial he was to Elizabeth. She, however, was not as taken. But then, Elizabeth wasn’t really taken with any male who hoped to woo her and thereby get his hands on England. I guess her mother’s fate had also made Elizabeth rather wary of marriage in general – and it isn’t as if her father set any sort of example as to uxorious bliss.

Erik, however, grew up in a loud and boisterous family. Gustav Vasa always treated his wives (he ended up marrying three times, due to natural causes) with respect and devotion, and seems to have been genuinely fond of all of his children, even if some, such as the rebellious princess Cecilia, gave him plenty of grey hairs. Come to think of it, there were times when Gustav despaired at his eldest son’s doings, and if he’d had a choice, Gustav would have preferred to see his second son, Johan, as his heir. 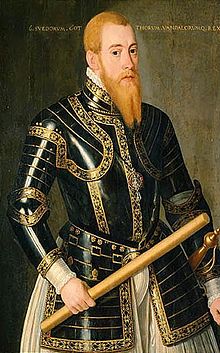 It is difficult to be the son of a successful man. Where Gustav Vasa had won himself a kingdom, Erik felt a need to expand on it, make his mark on the world, so to say, and the best way of doing so would be to marry a reigning queen. And once Erik had succeeded in knocking Elizabeth up, she’d gracefully retire to birth his babies while Erik assumed the role of king both in England and in Sweden, thereby reviving the ancient Scandinavian tradition as upheld by Swein forkbeard and Cnut. Erik obviously didn’t know Elizabeth very well…

Initially, it suited Elizabeth to keep Erik’s hopes up. The beleaguered English kingdom had need of allies, and a Protestant prince such as Erik would have found many supporters among certain parts of the English nobility. So they exchanged letters, one well-educated paragon to the other, with subtle flirtatious wordings and overcomplicated wordplay.

Ultimately, there was no wedding. After four years of having Elizabeth blow hot and cold, Erik decided to move on.   So there were no Swedish-English royal babies to carry the unfortunate gene of insanity that was to plague Erik throughout his life. Not that it helped the Tudor dynasty all that much, as it died out with Elizabeth, the Virgin Queen. The Vasa family, however was to produce a further handfull of sovereigns, one of them a reigning queen.

And as to Erik, he ended his day imprisoned by his brothers, separated by force from his low-born illiterate wife, Karin Månsdotter, a woman he loved to distraction.  (Read more here)An imprisoned king is always a liability, which was probably why Erik was served poisoned pea-soup, dying on a cold February day, not yet 44 years old. His son by Karin never became king – he was sent into exile at the tender age of seven, entirely alone. Instead, Gustav Vasa’s ruthless and ambitious second son became king. I’m not sure Gustav Vasa would have been all that pleased by how Johan won his crown, but then I don’t think Johan would have much cared. Like father, like son as they say…

12 thoughts on “The jilted suitor”